4 Obscenely Overpriced Stocks I Would Avoid at All Costs

Despite the major stock market indexes hitting new highs of late, the market is expected to remain volatile with the Fed raising its inflation forecas...

Despite the major stock market indexes hitting new highs of late, the market is expected to remain volatile with the Fed raising its inflation forecast and signaling two interest hikes earlier than expected. In this scenario, we think it is wise to avoid the majorly overpriced stocks of T-Mobile (TMUS), Square (SQ), Snap (SNAP), and NIO (NIO). Read on.

The major stock market indexes closed higher yesterday as U.S. consumer confidence jumped to a 16-month high. The Conference Board Consumer Confidence Index rose to 127.3 points this month, its highest level since February 2020.

However, the Federal Reserve expects inflation to climb to 3.4% this year, higher than its previous forecast of 2.4%. Also, the Fed now expects to make two interest rate hikes in late 2023 rather than no interest rate hike until 2024, as it previously forecasted. So, the market is expected to continue to witness some volatility. Against this backdrop, we believe several fundamentally weak stocks, which are significantly overpriced, could witness a price pullback in the near-term.

T-Mobile US, Inc. (TMUS), Square, Inc. (SQ), Snap Inc. (SNAP), and NIO Inc. (NIO) look extremely overvalued at their current price levels given their weak-financials and unfavorable growth prospects. So, we think it is wise to avoid these stocks now at all costs.

Wireless company TMUS provides  wireless services to post-paid, pre-paid and wholesale customers. The Bellevue, Wash., company offers services, devices, and accessories under the T-Mobile and Metro by T-Mobile brands through its owned and operated retail stores, app and customer care channels, and its websites.

TMUS’ revenue for the quarter ending September 30, 2021, is expected to come in at $19.81 billion, which represents an 8% year-over-year increase. However, its EPS is expected to decrease 47% year-over-year to $0.53 in the same quarter. The stock has gained only 2.5% over the past month to close yesterday’s trading session at $144.99.

TMUS’ poor prospects are apparent in its POWR Ratings also. The stock has an overall D rating, which equates to Sell in our proprietary rating system. The POWR Ratings assess stocks by 118 different factors, each with its own weighting.

The stock has a D grade for Quality and Value. Click here to see the additional POWR ratings for TMUS (Momentum, Growth, Stability, and Sentiment).

TMUS is ranked #19 of 23 stocks in the D-rated Telecom-Domestic industry.

Together with its subsidiaries, SQ creates tools that enable sellers to accept card payments and provides reporting and analytics and next-day settlement services. Its offerings include hardware products Magstripe reader, contactless and chip reader, and Square Stand, among others. Square is headquartered in San Francisco.

SQ announced the pricing of a $2 billion offering of senior notes on May 18. The company is expected to use the offering’s proceeds to fund its growth activities, which potentially include  acquisitions and strategic transactions and capital expenditures.

SQ’s POWR Ratings are consistent with this bleak outlook. The stock has an overall D rating, which equates to Sell in our proprietary rating system. It has an F grade for Stability, and a D grade for Value and Quality. To see more of SQ’s component grades, click here.

SQ is ranked #88 of 102 stocks in the D-rated Financial Services (Enterprise) industry.

Venice, Calif., camera company SNAP is known for its flagship product—Snapchat. The company’s offerings include Spectacles, an eyewear product that connects with Snapchat and captures video from a human perspective, and advertising products such as AR and Snap ads.

A lawsuit was filed against SNAP on behalf of its shareholders who purchased its shares between March 2, 2017, and May 15, 2017. It was alleged that the company withheld potentially negative information from investors about competition with Instagram during its IPO. Consequently, SNAP paid $187 million earlier this year to settle the shareholder lawsuit.

SNAP has an F overall rating, which translates to Strong Sell in our proprietary rating system. It has a D grade for Value, Quality, and Stability. Click here to see SNAP’s ratings for Growth, Sentiment, and Momentum as well.

SNAP is ranked #68 out of 72 stocks in the F-rated Internet industry.

On March 26, 2021, NIO suspended vehicle production at its JAC-NIO manufacturing plant in Hefei for five working days due to a semiconductor shortage.

NIO’s POWR Ratings are consistent with this bleak outlook. The stock has an overall F rating, which equates to Strong Sell in our proprietary rating system. It also has an F grade for Stability, and D grade for Quality, Sentiment, and Value. Click here to see NIO’s ratings for Growth and Momentum as well.

NIO is ranked #48 of 58 stocks in the Auto & Vehicle Manufacturers industry.

Click here to check out our Automotive Industry Report for 2021

About the Author: Ananyo Guha Niyogi 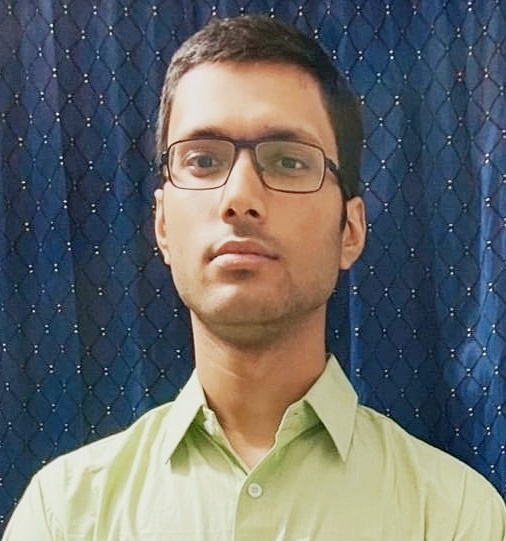 Ananyo’s ardent interest in capital markets, wealth management, and financial regulatory issues, led him to a career as an investment analyst. His goal is to educate individual investors by making complex financial issues easy to understand.

The post 4 Obscenely Overpriced Stocks I Would Avoid at All Costs appeared first on StockNews.com

The Growing Case For A Major Stock Market Correction

After a Rough Year, It's Time to Reconsider Teladoc Health

2 Under the Radar Online Travel Stocks to Consider Buying

The Growing Case For A Major Stock Market Correction