I Knew I Would Create Another Unicorn After ShopClues: Droom Founder

By S Shanthi September 13, 2021
Opinions expressed by Entrepreneur contributors are their own.
You're reading Entrepreneur India, an international franchise of Entrepreneur Media.

After creating the fifth unicorn in India, ShopClues, Sandeep Aggarwal wanted to set his eyes on creating the next unicorn. He then came up with 52 ideas, all of which had the potential to become a billion-dollar company under his belt. All the 52 business models were futuristic with technology as the center point.

“I found myself uniquely qualified to pursue all those ideas. But out of all these filtration and due diligence and feedback, I ended up doing Droom, an online automobile marketplace. I must say it was the highest conviction idea for me out of the 52 ideas and in my view, that time every model in those 52 could become a billion-dollar company. And if I look at what has happened since dawn started with those 52 ideas, probably 20 have already become unicorn by someone else,” said Sandeep Aggarwal, founder and CEO, Droom.

When Droom turned a unicorn after a fund raising round in July this year, for Aggarwal and his family, friends, employees, investors, it was like a movie director whose previous movie was a hit and he gave another hit movie. But, for others the company interacts with, such as vendors, suppliers, headhunters and others, attaining unicorn status meant a higher level of enthusiasm. “With people who are maybe two degrees apart from us, we see a willingness to work with us more, more desire to be part of Droom. And, whenever we are going to campuses for fresh hiring, even the quality and the volume of the inbound resume has gone up multifold,” said Aggarwal.

Even though Aggarwal knew he would create another unicorn after ShopClues, the unicorn was never a goal. “I think the goal was that without physical stores, physical inventory, a large team of blue-collar workers, can we still give an experience of 21st century online automobile transaction using technology and data science, which is cheaper, better, faster than any other traditional way of buying an automobile?” he said.

He also added that being a 7-year-old company brought a lot of innovation and direction and on the way, unicorn status is a good recognition and honor for the work the team has done. “But we think it's just a very, very early stage, and e-commerce for the automobile could stay at a very hyper-growth stage for the decades to come,” he said.

Moreover, he believes that it was the undying, unwavering desire to change the automobile buying and selling experience that brought all the laurels. “We did not need COVID to realize the benefit of e-commerce. We believed in that much before any other company seven years back. And I would say it was just a natural outcome for us,” he said. 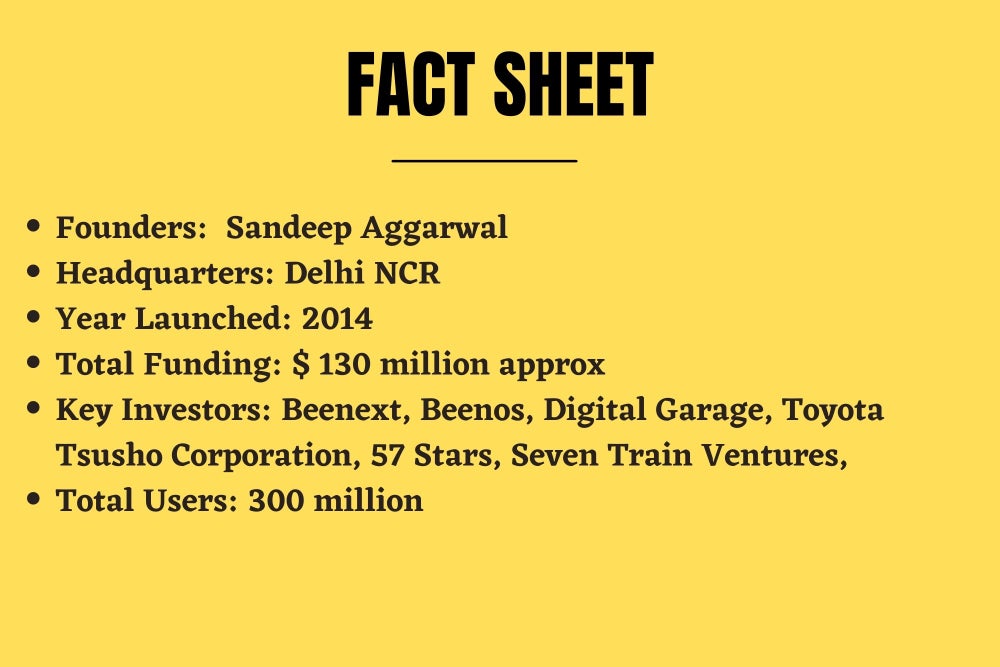 Droom’s journey started after Aggarwal ran into a completely unanticipated life-changing personal life crisis because of which he had to stay in the US away from his previous company Shopclues, his family, kids and team members at Shopclues for 14 months. His first responsibility was to make sure Shopclues’ goes high without his presence besides ensuring his mental health was fine. But in April 2014, when things were better, Aggarwal started thinking of how to play the game again.

“When I thought what can I do next, I realized I wanted to be an entrepreneur. I have spent all my life in technology and consumer Internet and a lot of people give me credit for being the father of marketplaces in India. I thought of using technology in enabling the transaction of automobiles online, that is not how people bought an automobile or sold an automobile for the last 140 years,” he said.

Aggarwal had to now think about the first mile to the last mile, the services and products that would help create a platform that can enable automobile buying and selling online. So, he created a pricing engine called Orange Book Value, an inspection engine called ECO, a history engine, a discovery engine, and a last-mile delivery engine called Droom Velocity, and a loan and insurance engine to create the entire ecosystem for digital distribution of automobile. Today, Droom’s products include a core marketplace where any individual dealer or OEM can buy or sell, Orange Book Value, which is the pricing engine for the vehicle, ECO which is the inspection service for a used vehicle, the historical record for the used vehicle and Droom Discovery which gives customers a lot of research tools while buying, Droom financial services, which include loan and insurance, roadside assistance, an extended warranty and then Droom velocity, which takes care of the last mile fulfillment and delivery.

Four things happened in the startup’s favor with the pandemic. People no longer prefer public transportation, they don’t opt for ridesharing, they avoid going to physical retailing for any category. And finally, because of the bad economy more and more people are gravitating towards used versus new. “All that meant as an e-commerce company selling used vehicles, we found ourselves at the right time at the right place. And we started building technologies that are much more scalable. We started building technologies at a faster pace,” he said.

For four or five months after the first lockdown, Droom’s business was almost zero. But by December 2020, it reached an all-time peak, which was higher than the previous pre-COVID-19 peak. And from December until August, each month has been significantly bigger than the prior month.  One competitive edge that the company has is it is a pure-play and end-to-end e-commerce company. “So, we are like Amazon's third-party business with fulfillment by Amazon with no physical store and no own inventory so there is no one like us and we have the largest selection of automobiles for any seller in India. We are talking about 11 lakh cars and motorcycles on our platform versus if thousand you will find in physical stores,” he said.

Droom is a team of 300 people and claims to operate in a Silicon Valley-style, technology, and high growth startup way. Aggarwal also says that its culture is completely built on merit. “We don't discriminate based on gender, age, or faith. So, if you are doing your job bigger, better, and faster than others, you are our hero. We have a completely nonhierarchical open-door policy. Nobody operates out of the office; everyone has a workstation, and everyone is approachable,” he said.

From employee engagement activities, the company has a lot of morale activities from Zumba and Pilates classes to the mental health too, gym, to even happy hour on Friday and other activities.

It has a set of 12 core competencies and values for everyone, which include passion, energy, customer centricity, frugality, learning from the mistake, long-term approach, measurement, strategy thinking, high work ethics, result-oriented, taking ownership, and data-driven. “I have never interviewed anyone in my life for a skill. I have only focused on all 12 competencies. Either the candidates have it, or during the interview stage, we see that they can inculcate them quickly,” he said.

Summing up, besides attaining the unicorn status, the company boasts of three major milestones. One was to create a very well-oiled, extremely tech-driven, self-serviced marketplace. The second was to create first mile services such as pricing, inspection, and history tools. And the third milestone was to create a mid-mile experience for the customer.