"Women's ideas and opinions must be heard, but they should be implemented on a competitive basis, so that eventually the quality of a technical solution and business success won't depend on gender differences."

By Tamara Pupic September 20, 2021
Opinions expressed by Entrepreneur contributors are their own.
You're reading Entrepreneur Middle East, an international franchise of Entrepreneur Media.

Besides showcasing how technology is redefining the way we live and work, GITEX Global 2021, which will be held in-person on October 17-21, 2021 at Dubai World Trade Centre, will shed light on the revolutionary role of female tech entrepreneurs in building the future. We take a closer look at some of the women in tech taking centerstage at the show- make sure to keep an eye out for them at GITEX Global!

With industrial processes today becoming quite complicated due to a lot of data flowing back and forth between different machines and control centers, Italy-based Augmented City hopes to help streamline things with its offering of an augmented reality (AR) assistant for the sector. “The ability of showing the data that goes to and from different machines and control centers to operator is very limited, small screens at best, and when the environmental conditions allow,” says CEO Katherina Ufnarovskaia, as she explains her company’s solution. “But in AR, it is possible to show a whole lot more information about the undergoing processes in real-time, all personalized depending on who is watching, where he/she is standing, and what he/she is looking at. Nothing is impossible!”

In her role at Augmented City (which is a part of Lanit-Tercom, a service company offering artificial intelligence and computer vision services and solutions for industries), Ufnarovskaia feels that she hasn’t had to face many obstacles as a woman in tech. “I have never thought about my gender doing my job,” she says. “I just do what I believe in, together with my team, who are mostly women too. I think the industry should observe a sustainable balance between opinions and opportunities for everyone, men and women. Women’s ideas and opinions must be heard, but they should be implemented on a competitive basis, so that eventually the quality of a technical solution and business success won’t depend on gender differences.” 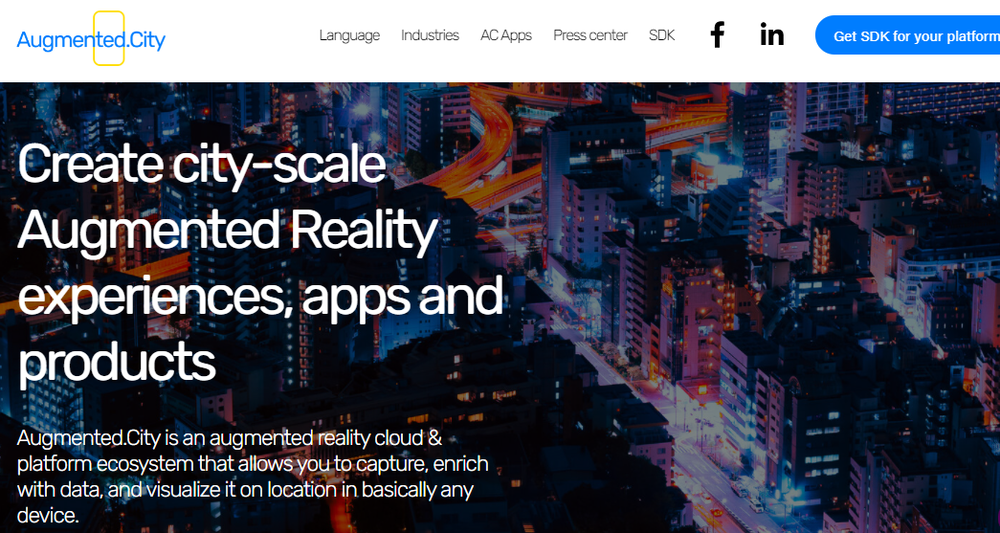 According to Ufnarovskaia, events like GITEX can help people look beyond traditional gender roles and encourage everyone to realize their personal potential to the fullest. And from a tech perspective, GITEX’s location in Dubai is especially apt, she says. “Everything here gives inspiration for high tech– from the history of the promptly developed territory of the city with its futuristic architecture, to the attitudes and open minds of the people.” When it comes to advice for entrepreneurs visiting GITEX 2021, Ufnarovskaia says that they shouldn’t miss out on their chance to get valuable feedback for their businesses from people around the world. “GITEX is the perfect place for that,” she concludes.

Turning The Tide: How Going Digital Is Enabling The Success Of Female Entrepreneurs In The UAE (And Beyond)

Women To Watch At GITEX Global 2021: Anna Stolarz, Co-Owner And COO, Winged IT

Entrepreneur.com Launches Going Public, A New Show That Will Allow Viewers To Invest As They Watch Entrepreneurs On Their Capital Raising Journeys