Is AerCap Holdings Setting Up for a Breakout?

A resistance line has formed in the chart of AerCap Holdings NV (AER). If the stock breaks through this resistance level, a breakout is expected. Read more to learn how...

By Christian Tharp October 19, 2021
This story originally appeared on StockNews

A resistance line has formed in the chart of AerCap Holdings NV (AER). If the stock breaks through this resistance level, a breakout is expected. Read more to learn how to profit from this trade.

In the company’s most recent quarter end, its earnings beat expectations and rose 24.5% year over year. This was due to a rapid recovery in air travel in many of the world’s major markets. This led to increased demand for AER’s aircraft and an increase in its cash flows. Management is highly optimistic that the global leasing environment will continue to rebound in the months ahead.

At the end of June, the company had $11.4 billion in cash compared to no short-term debt. AER also has a gross margin of 55%, which is much higher than the industry average of 18.6%. Analysts forecast earnings to rise 182.1% for the year.

The stock appears undervalued with a trailing P/E of 3.02 and a forward P/E of 9.34. AER has shown bullish momentum since mid-July as shown in the chart below. This has led to a Momentum Grade of B in our POWR Ratings system.

Take a look at the 1-year chart of AER below with added notations: 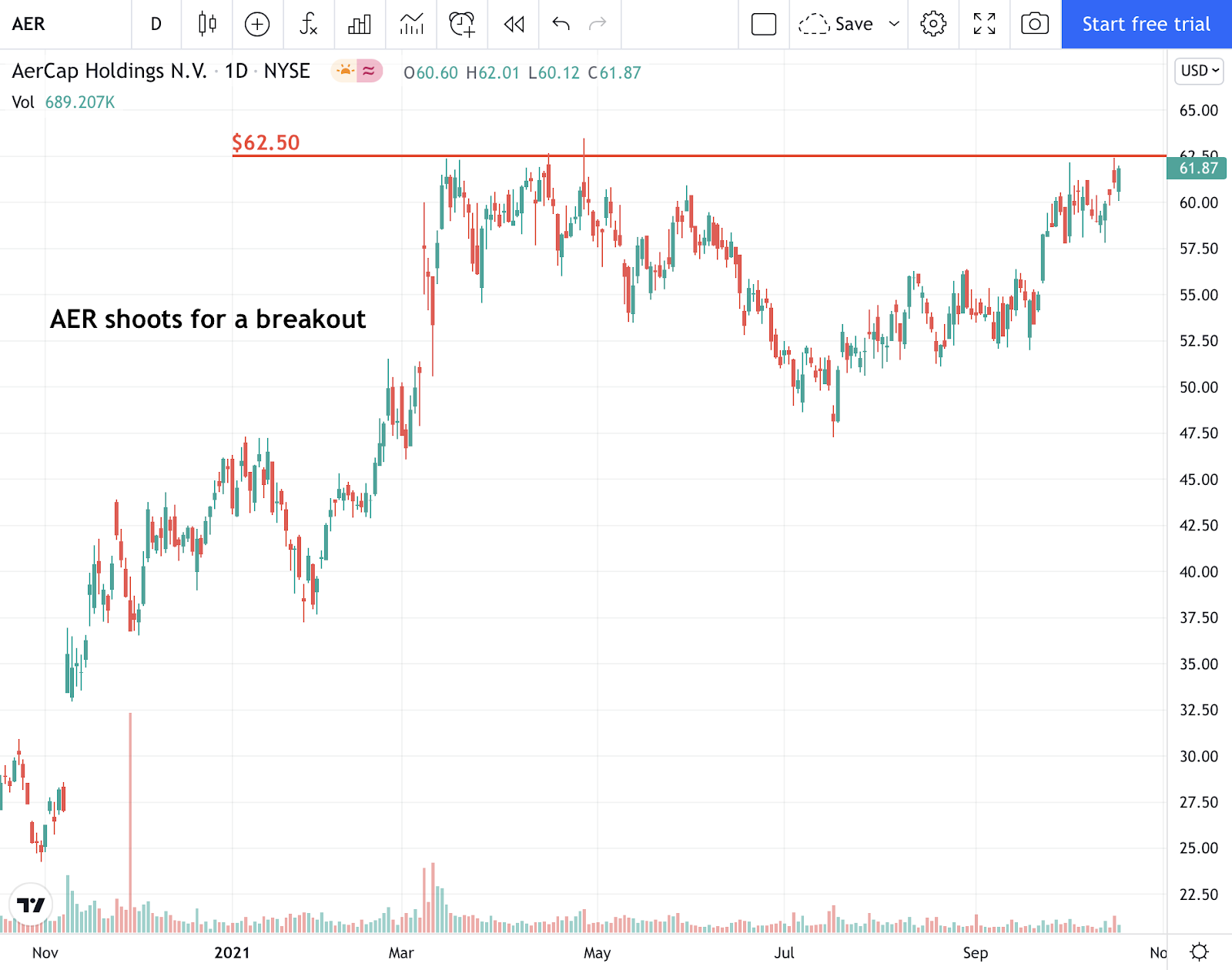 Chart of AER provided by TradingView

AER hasn’t made much progress since hitting its March high, thanks to the tough resistance having been formed at 62.50 (red). That level has sent the stock back multiple times over the course of the past 6-7 months. AER has turned back towards that mark again, and a break through it could lead to another leg up for the stock.

The ideal long position on the stock would be on a breakout above the 52-week high and resistance level of $62.50, with a protective stop placed below the entry point.

The company is expected to report third-quarter earnings on November 10th, so keep an eye out for that.

The post Is AerCap Holdings Setting Up for a Breakout? appeared first on StockNews.com