The Italian luxury sports car manufacturer's latest coupé is a contemporary reinterpretation of the carefree lifestyle of Rome in the '50s and '60s.

With its clean and symbiotic form, the Ferrari Roma’s harmonious proportions and balanced volumes are in line with (and inspired by) the Italian brand’s mid-front-engined grand touring traditions of the iconic 250 GT Berlinetta Lusso and 250 GT 2+2. While the Ferrari Roma embodies a modern design language that underlines its authentic, refined styling, its sleek lines retain the sporty vocation shared by all of the vehicles bearing the Prancing House insignia. The new offering also guarantees best-in-class performance thanks to the engineers at Ferrari who have developed several leading-edge technologies, one of which is its mobile rear spoiler.

Besides being integrated into the rear screen and thus designed to retain the car’s formal elegance when retracted, it guarantees the downforce essential for the Ferrari Roma’s extraordinary performance by automatically deploying at high speeds. As a member of the V8 family (winner of the International Engine of the Year award four years in a row), the Ferrari Roma features variable boost management for instantaneous throttle response. In addition, due to the adoption of gasoline particulate filters, the sound of the exhaust system on Ferarri Roma has been completely redesigned, with the silencers removed and the introduction of new bypass valves. 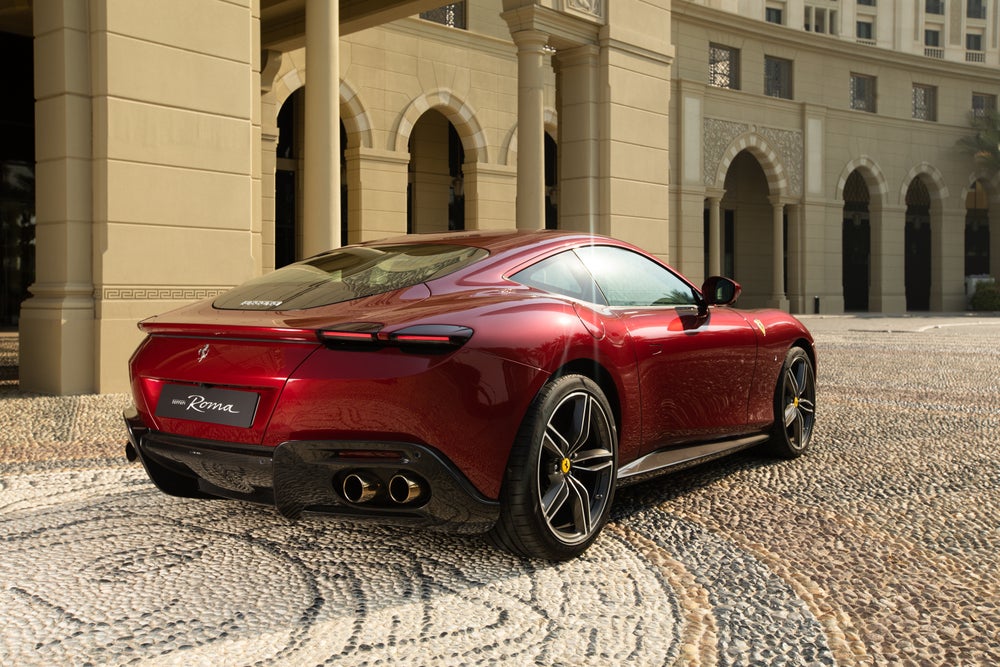 The car’s new eight-speed dual-clutch gearbox is more compact and six kilograms lighter than its seven-speed predecessor. As well as reducing fuel consumption and emissions, shifts are faster and smoother, which makes the car responsive on the open road, but also especially comfortable in town. Plus, the new coupé sports a V8 turbo engine that punches out 620 cv at 7,500 rpm, making it the most powerful in its segment. 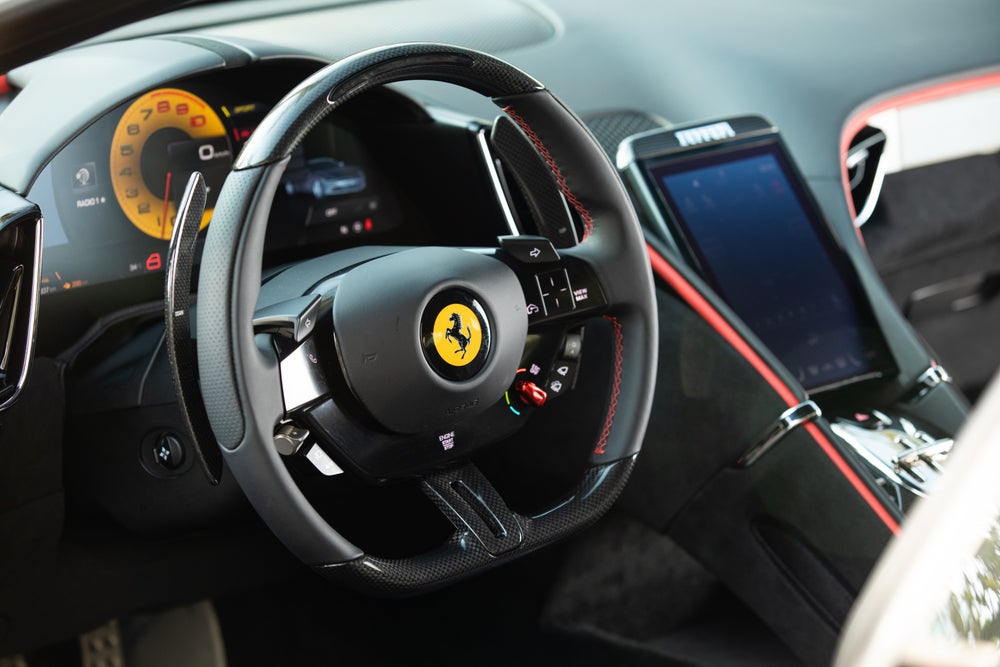 As for the Ferrari Roma’s interiors, its cabin features two separate cells, one each for the driver and the passenger. Its crafting has been based off a complete redesign of the human-machine interface- for instance, its steering wheel is designed using the “eyes on the road, hands on the wheel” philosophy. As such, all of the car’s main commands are actioned by haptic controls, ensuring that you don’t have to move your hands from the wheel and thereby, making sure you’re enjoying the drive through and through.