By Tamara Pupic October 26, 2021
Opinions expressed by Entrepreneur contributors are their own.
You're reading Entrepreneur Middle East, an international franchise of Entrepreneur Media.

This article is a part of the 2021 installment of Entrepreneur Middle East's annual Achieving Women series, in which we profile female leaders of note in the MENA region. The full series can be seen in our October 2021 issue here.

Alia Al Shamsi logs on to our Zoom call from her home in Dubai that we scheduled not only to minimize COVID-19 risks, but also because the Acting Cultural Programming Manager at the Louvre Abu Dhabi was out of the office. “I am on vacation, but I’ve been sending emails since early morning, and now I’m having a call with you,” Al Shamsi says, laughing.

Her work ethic shouldn’t come as a surprise keeping in mind that the Louvre Abu Dhabi, as the first of its kind museum in the Arab world, is an extremely active center with a variety of activities in the domains of cultural exchange, community engagement, and progressive dialogue. And just as her days off defy expectations, her professional biography does too. “I am someone who always focuses on my personal work as well, simply because I am a firm believer that a person is also something beyond their job titles,” she explains. “Yes, I work at the Louvre Abu Dhabi, and I am very proud of that, but I like to continue saying that I am also an author, poet, and photographer, because that is my identity more than anything else, and what I do at the Louvre Abu Dhabi feeds into that."

In response to my first question revolving around women’s empowerment in the UAE, Al Shamsi replies that she prefers to talk about gender equality, rather than women’s empowerment per se. “The measure of our success will be to talk about challenges faced not just by women, but by all, so as to include our male counterparts in these conversations,” she says. “We seem to be grouped in a female narrative, but what is that? I believe that this isolation, when we talk only about women’s empowerment, can be a little bit detrimental in the sense that women are singled out rather than celebrated as a universal, human achievement.” 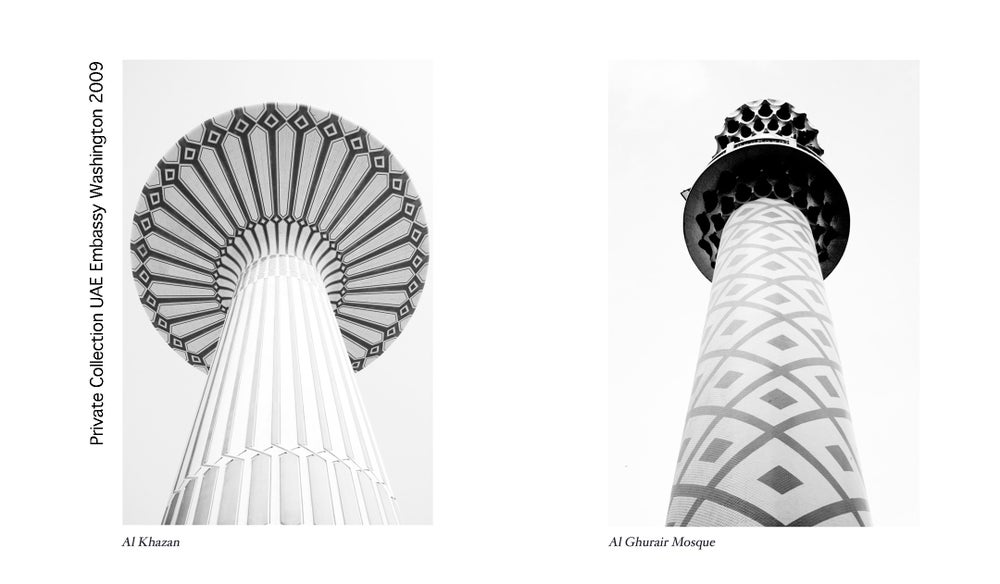 As for the UAE, Al Shamsi points out that history has regarded the mother of the country’s founding father, the late H.H. Sheikh Zayed Bin Sultan Al Nahyan, Sheikha Salama bint Butti Al-Qubaisi, as having been an accomplished woman in her own right, which only serves to prove her point that women here have not just been “empowered, but in power from the start.” At this point, I ask Al Shamsi what that actually means, and she replies, “When you have a government that supports you, the doors are obviously open, but you need to seize these opportunities. You are given something, but what you make of it is what renders you unique from another. Some people take these opportunities, and create something larger.” 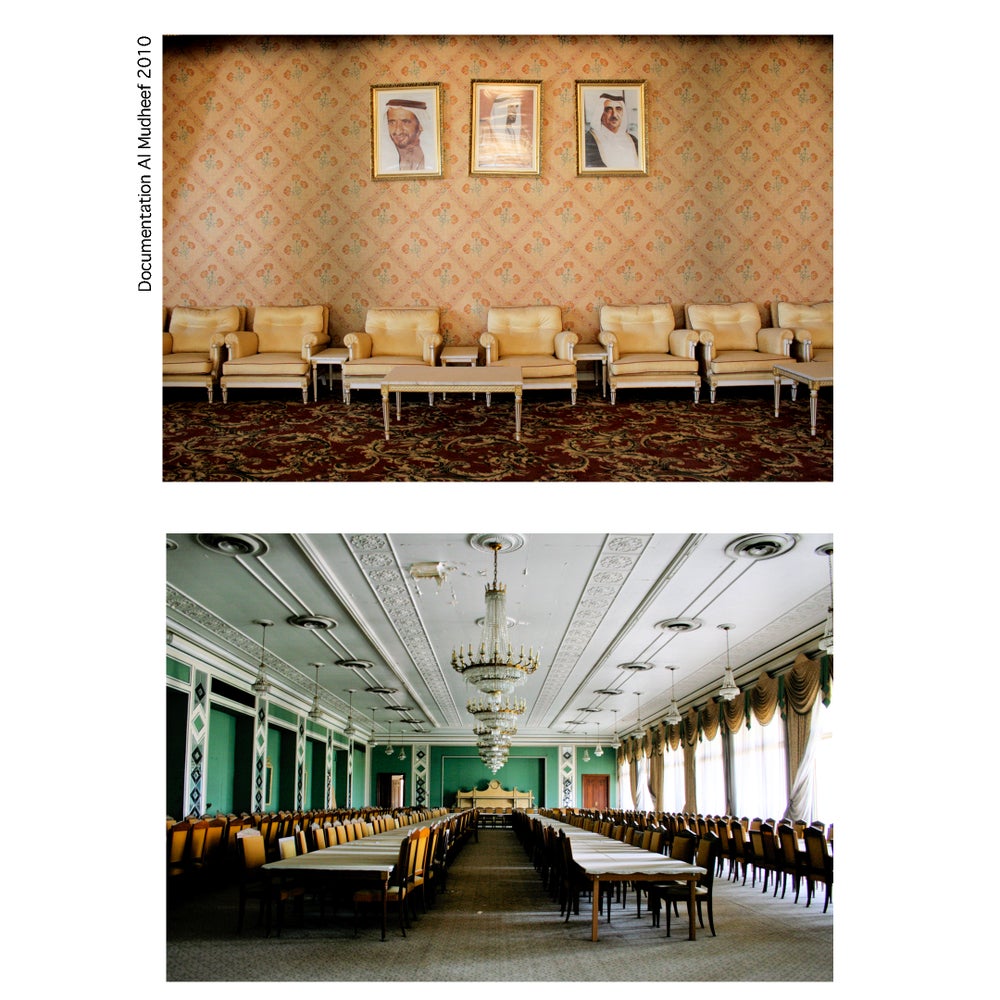 Al Shamsi’s career indicates that she may well be one of these people that she’s talking about. From an educational perspective, she is the holder of a bachelor’s degree in photography from Griffith University in Australia, as well as a master of arts degree in the photographic image from Durham University in the United Kingdom. In 2005, she was declared to be the youngest photographer to participate in the Photographic Biennale in Italy, exhibiting alongside famous photographers and artists like Julia Margeret Cameron and Cindy Sherman. Today, her works are displayed everywhere from the UAE’s Rove Hotels, to a private collection at the UAE Embassy in Washington D.C. “Personally, I will never forget that from the very first opportunity that I got, when I was supported for a photography exhibition, and I said, ‘I don’t know how to thank you.’ And my CEO at the time said, ‘Alia, pay it forward.’ So, I grew up with this very strong feeling that I need to pay it forward, and that is what empowerment means to me. Being empowered is not about me, but about how many other women I can empower, and how I can make that sustainable and long-term.”

And not long ago, she got an opportunity to do just that. In 2021, Al Shamsi took part in Vacheron Constantin’s six-month-long One of Not Many Mentorship Program, which invited six Emirati women to mentor six young female Emirati students from Zayed University. “With my mentee, I specifically focused on bringing in a different member of the art community to each of our sessions, because a lot of people don’t understand that going into arts doesn’t mean that you have to be an artist,” Al Shamsi explains. “It can also mean having a business, like an owner of a gallery, and so on.”

Throughout this mentorship program, Al Shamsi focused on opening doors for her mentee, so that “in the future, she has access to the same network as I do.” Al Shamsi adds, “My strength is my network, and to be very honest, I think that we don’t talk enough about the importance of building a network. A lot of times, I was given opportunities, because I was socializing. At the Louvre Abu Dhabi, I’m always advocating that we go, visit, and work with other institutions. That is how the world works. If you work in a silo and wonder why no one is discovering you, it is because you don’t even make an effort to get to know the market and the people. I wanted my mentee to build her network, because it is very important for an artist.” 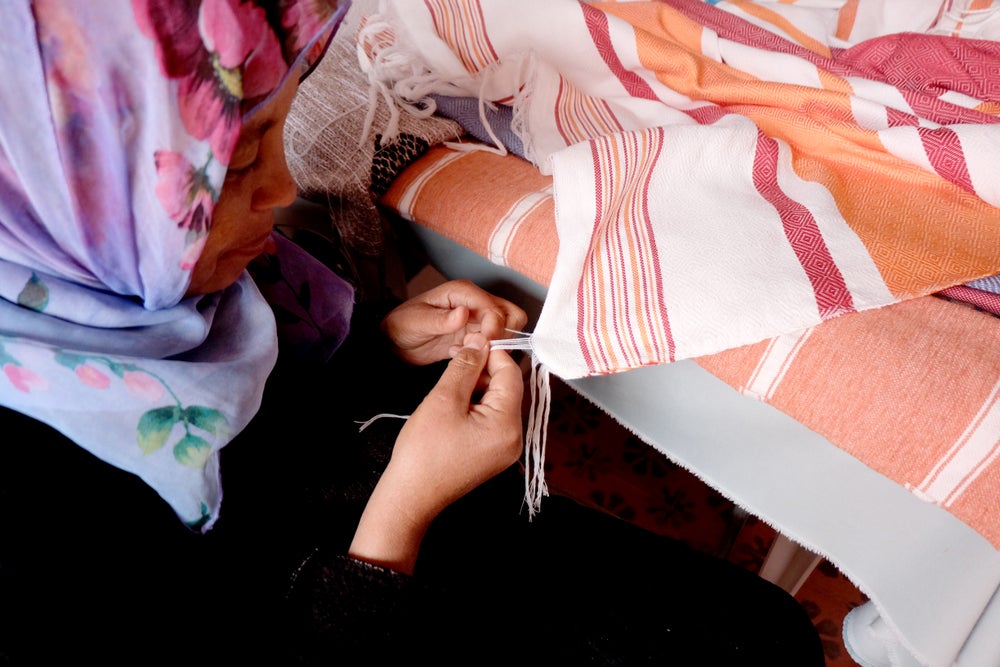 Another example of how Al Shamsi is paying it forward is by making use of her skills for philanthropic efforts. Teaming up with The Happy Box, a Dubai-based educational and social enterprise, for its Happy Hearts initiative, Al Shamsi took part in four separate charity trips to Kenya, India, Morocco, and Egypt, which aimed to provide necessary supplies to community-driven schools and centers for women and children. Al Shamsi also published a book titled Mama Africa, with proceeds from the sales going directly to regional charities. “I went into photo-journalism as a dreamer wanting to see, make, and contribute to change in the world, and I have always cherished a social documentary aspect of photography,” she says. “Whenever I would get an opportunity to work with children, I was like, ‘Don’t give me city children, but let’s go out of the cities.’ I did workshops with children across the UAE, and it was a completely different experience. You get to understand that the reason why certain remote areas are known for their art is due to the nature surrounding them, and the way people live there. Children there are so isolated, and a lot of them don’t get the opportunities that city children do. Therefore, I am a big advocate of going outside of cities, and of working with children in remote areas.” 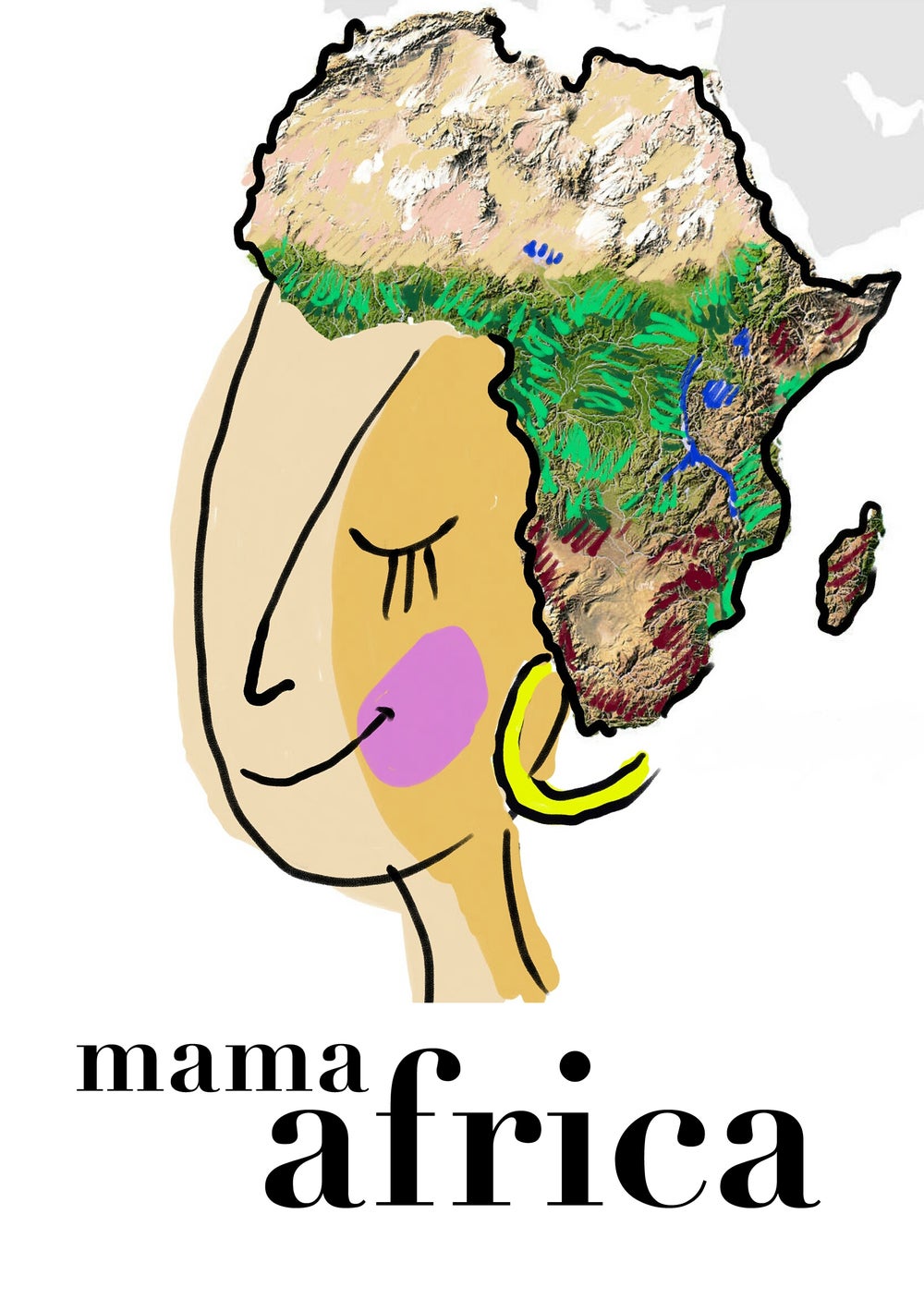 As an author, Al Shamsi has been presented with the Edaad Scholarship in 2007, as well as the British Council Cultural Leadership International Award in 2010. As we start talking about her first book, a children’s book entitled Alayah (for which she received the first Dubai Culture Publishing Award), I ask how she ventured into writing in the first place. “There is an element of sensitivity and vulnerability in creativity that is a very big challenge,” Al Shamsi says. “I started narrating things visually, and then I went into writing. There, I started with children’s books, and it was as if I was hiding behind a child’s voice. In a sense, it was true, because it was about me becoming more confident with my own voice. Alayah is a nickname for Alia, and the book is almost a autobiography, because it explores this idea of rediscovering one’s identity, and despite me hiding behind a child’s voice, a lot of adults loved that book, simply because it touches on the changes of Dubai, and what it means to have roots and to have a home.” 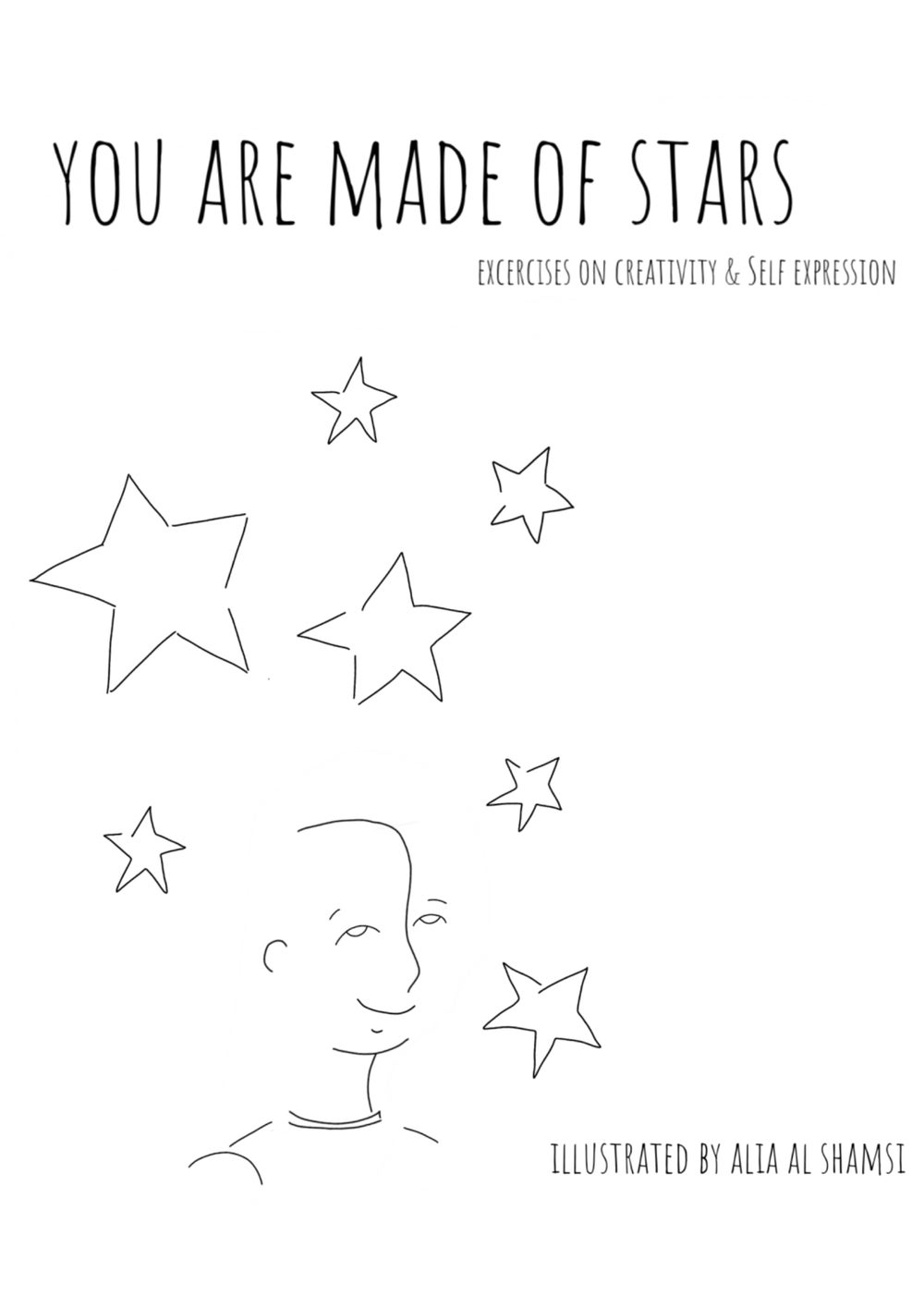 You Are Made Of Stars book cover. Source: Alia Al Shamsi

Al Shamsi is also the creative talent behind Night and Day, one of the UAE’s first three silent books published in 2018, while her consequent release, You Are Made of Stars, is an exercise book designed to enhance creativity and self-expression in children that was released in 2020. “I was always interested in art therapy, and since I am also doing a master’s in applied psychology, researching creativity, art, and the human mind, when COVID-19 hit, I needed a way of expressing for my son that wasn’t verbal,” Al Shamsi says. “One of the things I tried to work on was to engage a child in a conversation through art. Then, I made it available for other parents, and I also created a special edition for The Happy Box. It picked up during COVID-19, because it was a moment for children and parents to do something together that was not academic, but allowed them to open a conversation about how they felt, what they thought, and so on.”

Her latest release, The Ocean Sees Through My Soul, is her first book dedicated to an adult audience, which takes readers on a poetic journey through moments of introspection. Al Shamsi describes it as the most courageous thing that she has ever done. “It is really exposing,” she says. “It’s exposing my vulnerability, uncensored, and very raw. I’ve always written poetry, but I have never really published it, because poetry is a sort of a therapy tool that I used throughout those 10 years when I was sort of finding and reinventing myself. You can see my progress in the chronology of poems in this book.” To other creatives, Al Shamsi has only one piece of advice: don’t be afraid. “In retrospect, if I look at some of the poems and articles I have written, or some of the photos I have taken at that early stage, I smile, because I can see my progress,” she says. “So, you need to take that first step. Unfortunately, a lot of people think that they are not good enough, but they have to start somewhere. Only once you start sharing and exhibiting can you become able to raise the benchmark. Taking the first leap is very difficult, but it is also about being good to yourself by accepting where you are at that moment, and accepting that you will progress from there. You perfect it along the way." 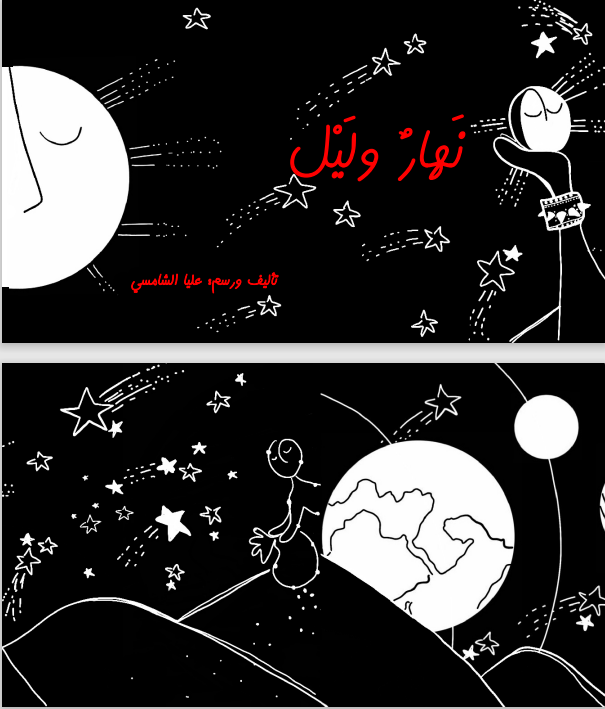 Today, Al Shamsi’s role at the Louvre Abu Dhabi benefits from her varied interests and initiatives. “Before taking up the role of Acting Cultural Programming Manager, I basically opened up the unit for academic outreach at the Louvre Abu Dhabi, because I went there with my laptop and presentation, telling them what I was passionate about, and what I would like to do,” Al Shamsi says. “So, we started with that, and me building their communities with universities, people with determination, the elderly, and so on. When this new role opened, my manager invited me to take it and apply the same formula that I applied for building their community outreach unit.”

The timing was perfect, Al Shamsi adds, because due to the COVID-19 crisis, the museum was keen on including community-building within its cultural programming. “All of a sudden, it was all about collaborations, and COVID-19 gave this opportunity of togetherness within the art community,” Al Shamsi concludes. “I found myself at home at the museum because of the universality of it. We are one as humans. Our experiences are different; however, we are in cultural dialogues. There is always a meeting point. I find myself in this, because when I’m creating programs, it’s about dialogue, about coming together.”

Dubai-Based Evakind Is Championing Sustainability On Its E-Commerce Marketplace