With its new capital, the team aims to accelerate its growth by ramping up customer acquisition, continuing to build their features, and growing the global remote team.

By Pamella de Leon November 28, 2021
Opinions expressed by Entrepreneur contributors are their own.
You're reading Entrepreneur Middle East, an international franchise of Entrepreneur Media.

Nomod, a platform which makes payments easy for worldwide merchants to accept card payments on their phone without extra hardware, has raised US$3.4 million in a seed funding round, with the enterprise now being valued at $50 million. The round was led by Global Founders Capital. Other investors include Kingsway Capital, Goodwater Capital, as well as angel investors like "one of the founders of Careem, an early employee of Dropbox, and a partner at DST Global."

Launched in March 2021, Nomod is the brainchild of serial startup entrepreneur Omar Kassim. Kassim’s previous startup, UAE-based e-commerce marketplace platform JadoPado, was acquired by Noon in 2017. His current venture, Nomod replaces card terminals by seamlessly accepting card payments on your phone. The startup processes in-person payments and payment links using keyboards, cameras, or contactless options like NFC and QR codes. Nomod also accepts every card network, and it is able to charge in over 135 currencies.

Kassim believes that Nomod’s offering stands out among the crowd. “We’re deeply focused on both mobile, as well as micro and small merchants, who are a globally underserved segment," he says. After testing in over 40 markets globally, Kassim points out that he and his team have learned one crucial factor: “Small merchants don’t care for complicated features such as APIs or SDKs. They simply want to be able to press a button, know that they’ll be paid on time, and get on with their lives. Staying laser-focused on building out our product offering to continue to solve programs for our segment of customers is what I think will put us in a good position to succeed over time.” 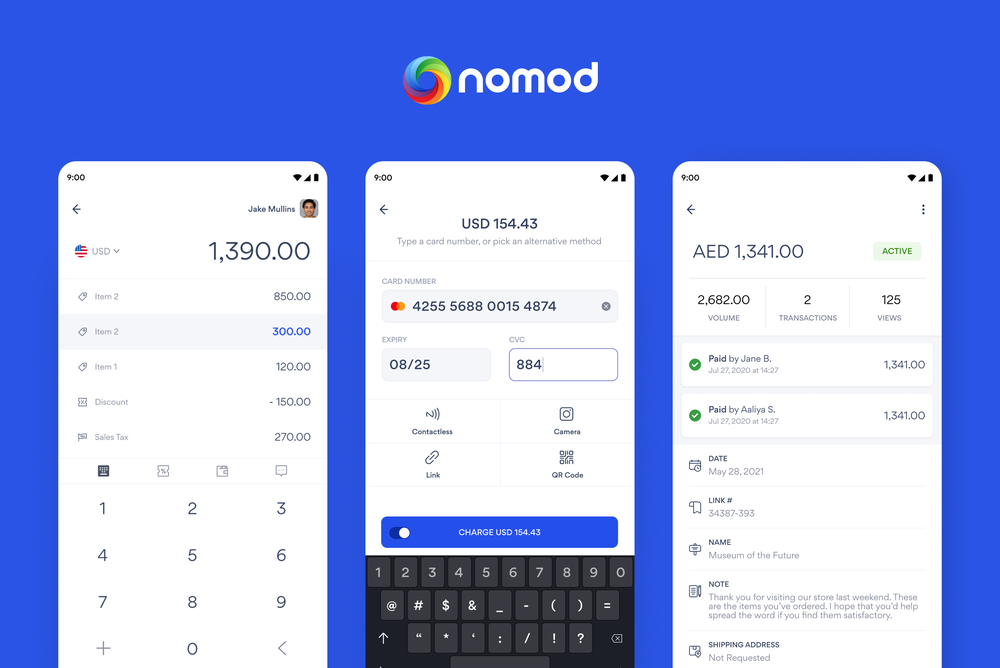 Headquartered in London, the Nomod team is globally remote, and it currently operates in six countries across the world. Working across multiple markets including the UAE, US, and UK, the company has managed to acquire over 4,700 merchants so far, with total processed volume having grown 11x since launch. According to Kassim, the team is actively acquiring customers particularly in the UAE, with the country accounting for 30% of its merchants and 50% of total processed volume since launched. It was also a part of the summer 2021 batch of Y Combinator, a renowned US-based startup accelerator.

With this infusion of capital, the Nomod team aims to accelerate the enterprise's growth by ramping up customer acquisition, continuing to build its features, and growing the global remote team.

But what is the end goal for Nomod? “If we zoom out and cast an eye towards the future, our ambition is to build a financial operating system for forward thinking businesses," Kassim replies. "Whether it be holding money, spending money, accepting or making payments, or getting access to capital to grow, our mission is to empower millions of entrepreneurs and startups around the world to start and grow their businesses with access to better payment tools and financial services.”