InvestorPlace - Stock Market News, Stock Advice & Trading TipsDespite its $40 billion acquisition falling through, Nvidia is now the seventh-largest U.S. company. Why are investors so down on...

By Will Ashworth February 15, 2022
This story originally appeared on InvestorPlace

It's been a few days since Nvidia (NASDAQ:NVDA) announced that it wouldn't be proceeding with its acquisition to acquire Arm Limited. Instead, its owner, SoftBank Group (OTCMKTS:SFTBY), got to keep the $1.25 billion deposit Nvidia gave it as part of the sale agreement. Surprisingly, NVDA stock has not been affected by the news. 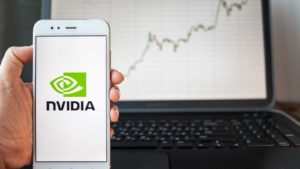 Perhaps it has something to do with Nvidia passing Meta Platforms (NASDAQ:FB) to become the seventh-largest U.S. company. It sat in 50th place only two years ago, a long way from the top 10.

Now it sits within $59 billion of Berkshire Hathaway (NYSE:BRK.A, NYSE:BRK.B) and sixth place.

Something tells me it won't take another two years to move up higher, possibly even catching Tesla (NASDAQ:TSLA) in the process.

If you're holding Nvidia for three to five years, I don't think $242 is a bad price to pay for one of America's top innovators.

NVDA Stock Is Worth More Than $242

The last time I wrote about Nvidia in late January, I suggested it could be one of 2022's best bets. So far, I don't look too bad. NVDA is up 4% in the weeks since. More importantly, it's moving higher while Meta's moving lower.

Nvidia reports its Q4 2022 results on Feb. 16 after the markets close. InvestorPlace's Vandita Jadeja believes it will "crush" its fourth-quarter earnings.

Her reasons include the fact the company's beaten analyst expectations for six consecutive quarters. A seventh appears to be in the cards with estimated top-line revenues of $7.4 billion and bottom-line earnings per share of $1.22. She pulls it all together by stating it has the products and management team to keep delivering the goods.

I couldn't agree more. Nvidia does like to underpromise and overdeliver. You would think analysts would figure this out and alter their models, but that's a subject for another day.

Suffice to say, at the very least; I would argue that NVDA stock is fairly valued at the moment. It would likely move to slightly undervalued should it deliver its usual brilliance on Feb. 16. Long-term, I don't think you should worry about getting your best price.

What's important is that you believe in the company's business strategy and growth plan. I know I do.

Corrections Are Good for Nvidia

In my January commentary about the company, I suggested that the swoon its share price was experiencing was good for it. Like a balloon primed to explode, the almost 21% decline in less than a month relieved the pressure it was under to perform while trading at a premium valuation.

As I said in the last section, it's now fairly valued instead of overpriced. But, as they say, stocks don't go up in a straight line, even the best ones.

I believe that Nvidia has moved from the 5oth-largest company to the seventh spot for many excellent reasons, which my colleague mentioned. However, she didn't say that CEO and founder Jensen Huang is one heck of a CEO.

I will continue to advise readers to never bet against him. He's a shareholder's dream CEO. He stays in the background and gets the job done.

From where I sit, NVDA stock remains an excellent long-term buy.

Will Ashworth has written about investments full-time since 2008. Publications where he's appeared include InvestorPlace, The Motley Fool Canada, Investopedia, Kiplinger, and several others in both the U.S. and Canada. He particularly enjoys creating model portfolios that stand the test of time. He lives in Halifax, Nova Scotia.