Vurse is "an interactive short video platform" that Sakib is aiming to launch in the second half of 2022.

At 26 years of age, Shadman Sakib exhibits the drive and dedication that I've seen in several other startup founders belonging to that particular age group, but I can't help but feel that there's something decidedly different about the zeal with which this serial entrepreneur is going about building his latest enterprise, Vurse, which he bills it as "an interactive short video platform", that is set to launch in the second half of 2022.

Perhaps this is because of how big of an impact Sakib believes Vurse is going to have in the world of today- that'd also explain why he is extremely tight-lipped when it comes to sharing details about his new venture, as he's quite wary about his idea being usurped by other players in this amazingly lucrative -but equally competitive- sector. "Vurse is one of the world's first very few decentralized social media platforms," Sakib tells me. "What we are doing is we are focusing on the interaction- if you see all the other platforms that are out there today, they're focusing on the consumption, while we are focusing on the interaction… If you see the current way in which social platforms operate, they just allow you to consume a video, and the only way that you can interact with them is by commenting, sharing, or "liking.' However, what we have done is that we've reinvented a way in which a viewer can interact with the content creator, which will also give the latter a better understanding of how they can improve their content at a later stage... Everything that we have built has been based on such interactions, with the entire idea being to create a platform that gives the power of the content to the users themselves."

If it seems like Sakib is being too vague with his explainer about what the Vurse platform does, well, that's because he is deliberately being that- however, he does underline the fact that his company aims to subvert paradigms that currently govern the global social media landscape. "Today, the ownership of content that exists on such platforms actually goes to the companies, but we are changing that model," Sakib explains. "That's the most I can say about the decentralized part of Vurse right now." And as for whether he's worried about how Vurse will be able to stand out in a world that's currently being pervaded by the likes of TikTok and Instagram, Sakib disproves that notion while directing a knowing smile at me. "We are not competing with anyone," he declares. "We are not competing with TikTok, we're not competing with Instagram, we're not competing with anyone. The only thing that we are doing is that we are creating an alternate solution for all the things that are missing. So, once that happens, we can all coexist. That's how I see it, but when we start coexisting, if we take more space, then…"

Related: Brace For Impact: It's Time To Usher In The Metaverse 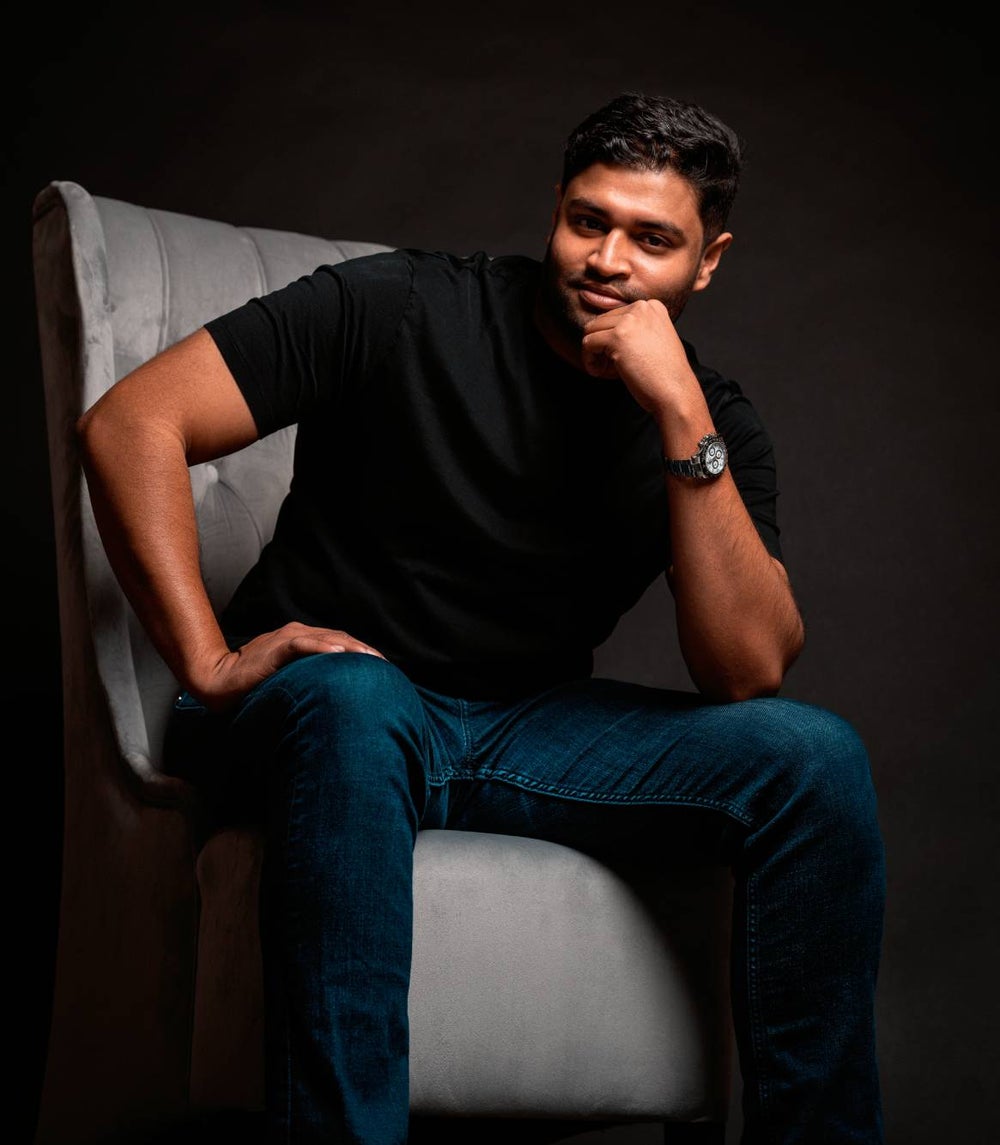 Sakib doesn't finish that sentence, but I think his words -or the lack thereof- says a great deal about the potential he foresees for the company he is building. But how is Vurse going to make money, I ask- is it aiming to be driven by advertising, or will it be subscriptions that fuel the company? Sakib replies to my query with yet another one of his knowing smiles. "It's very hard to disclose, but what I can say at the moment is that it is not subscription-based," he says. "It's completely free, users can access it at anytime, anywhere they want to, because our main idea is to make it as accessible as possible, and as easy as possible for the users to find it. But what we did differently, unlike the other platforms, is that we built this platform to generate revenue. In fact, we made sure that we do not only generate revenues for ourselves, but also for the content creators- our idea aims to promote content creators, and make the platform a content creator-making machine. Our idea is not to put the spotlight on the platform, but instead on the content creators themselves, and once that happens, and we are able to generate revenue for the content creators, I think that will create a good ecosystem for both the company and the community that we are building around it."

As someone who has long been wanting to tap into the opportunities presented by the evolution of how people interact with each other in the last couple of years, Sakib appears to be very cool and collected about the aspirations he has for Vurse. But his current profile as a very focused entrepreneur might come as a surprise to those who knew him in his younger years, especially as a child growing up in a household led by his father, who occupied a senior role in Bangladesh's military forces. "I was never a bright student," Sakib admits. "But I was always an explorer." As such, while Sakib may not have been on the right side of education as it was administered to him, he remembers being curious and inquisitive always, wanting to understand why things were done the way they were, and what could be possibly done to get them to be better. It's this philosophy of thought that governed his mindset as he went on to the US and then the UK for his higher studies- and it also explains why he decided to lean into his entrepreneurial flair at the same time.

Sakib's professional career thus could be said to have started with him making use of a friend's father's unused auction license to buy and sell cars in the American state of Florida, and that journey went on to see him launch a variety of companies -some good, some bad- on the road to him launching Vurse. Of course, a lot of lessons have been learnt along the way- from the importance of organizing and structuring a company properly, to being prudent and not hasty about one's finances when building a business, Sakib has had first-hand experience of both the joyous highs and the depressing lows that characterize many an entrepreneurial trajectory. "I have done things that could have literally killed me financially, but I've done it anyway," Sakib recalls. "But sometimes it went bad, sometimes it went well, but it all gave me a lot of stories to tell. And at the end of the day, when I look back, I really like them all, so I wouldn't change any of it."

Related: Entrepreneurship, Community, And Confronting The Fear Of Failure 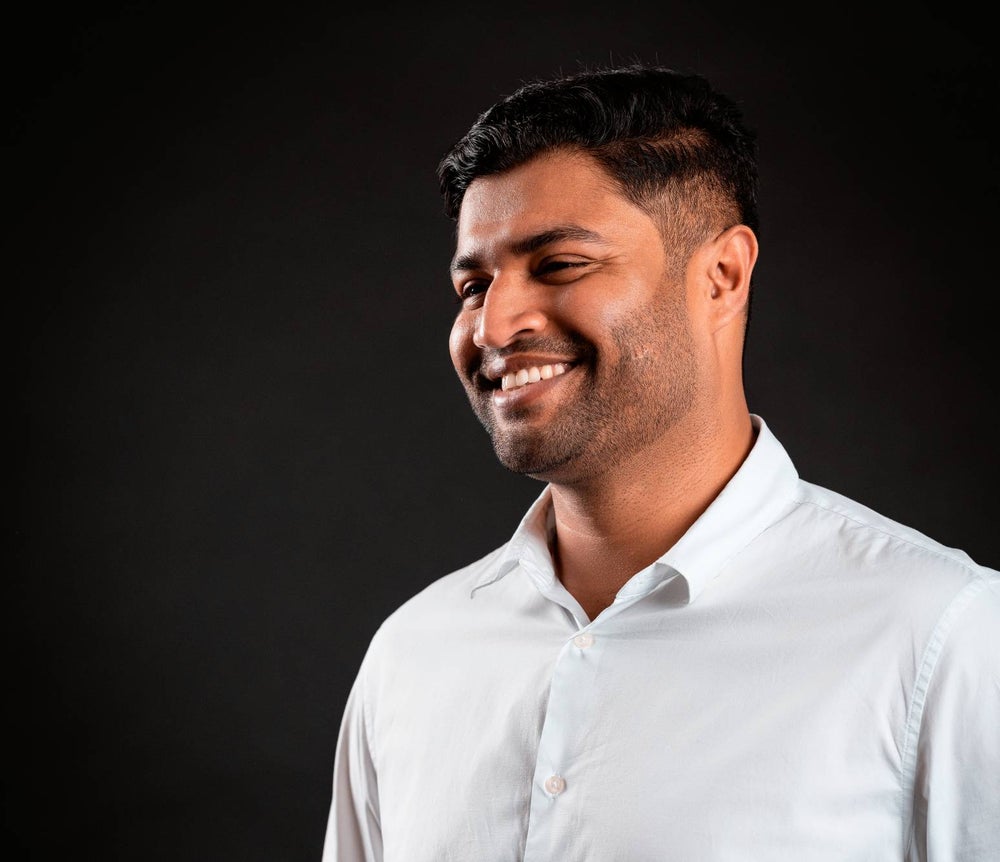 This is the intrepid spirit that Sakib is using to lead Vurse to its unveiling later this year. He and his team have been working remotely on the venture up until very recently, with people spread primarily across the US and the UK; however, Sakib is now working on bringing them together to work from a headquarters that he's now setting up in Dubai. The UAE is a strategic choice for Sakib- he points out that while Dubai has definitely had its tech startup ecosystem flourish over the last couple of years, there has been a dearth of deep tech companies that have actually been born or developed here, and that's a vacuum that Vurse can certainly (and easily) fill.According to Sakib, Vurse could thus well be the harbinger of cutting-edge tech that can come out of the UAE and, indeed, the wider MENASA- and the population in the region serves as the perfect testbed for such an offering as well. "We're targeting the Gen Z audience to start with, and even the younger audience, so that our community can grow with us, as we are very young ourselves, and our community is young too," he says. "So, we want to grow up together, and help each other as much as we can, and we're trying to start it all with the Middle East and India."

And while Sakib may refuse to share any more details about the roll-out he has in mind for Vurse, he does offer a peek into the potential he sees for the platform, as well as the gratification he hopes to personally gain from it. "I would love to see someone using it when I'm walking on the street- I just literally live for that," Sakib says. "I would want to walk on the street and someone to cross me, and I would get to see my platform on their phone." It may sound like a simplistic dream, but it's one that is enough to drive Sakib's work on Vurse- and if his commitment to this venture is any indication, then this business is definitely one to watch. Just stay tuned.

Related: Why You (And Your Business) Need To Take The Metaverse Seriously

5 Reasons Every Entrepreneur Should Invest in Real Estate