Is Dolphin Entertainment a Buy Under $5?

Dolphin Entertainment's (DLPN) shares are down nearly 50% in price year-to-date despite the company posting solid revenue growth. So, is it worth betting on the stock at its current price,...

By Pragya Pandey April 22, 2022
This story originally appeared on StockNews

Dolphin Entertainment's (DLPN) shares are down nearly 50% in price year-to-date despite the company posting solid revenue growth. So, is it worth betting on the stock at its current price, given its lofty valuation and the company's poor profitability? Read on to learn our view.

Dolphin Entertainment Inc. (DLPN) in Coral Gables, Fla., is a leading independent marketing and production business in the entertainment industry. It provides strategic marketing and publicity services to many of the best brands, both individual and corporate, in the film, television, music, gaming, and hospitality sectors through its subsidiaries 42West, The Door, Shore Fire Media, and B/HI (a branch of 42West).

While the NFT space has garnered significant investor attention, it has several risks, given its tremendous volatility. In addition, because the long-term prospects of digital collectibles are uncertain, investors' risks may be heightened by confusing marketing, the whims of affluent collectors, and the possibility of fraudulent players. This could weigh on the long-term prospects of DLPN. 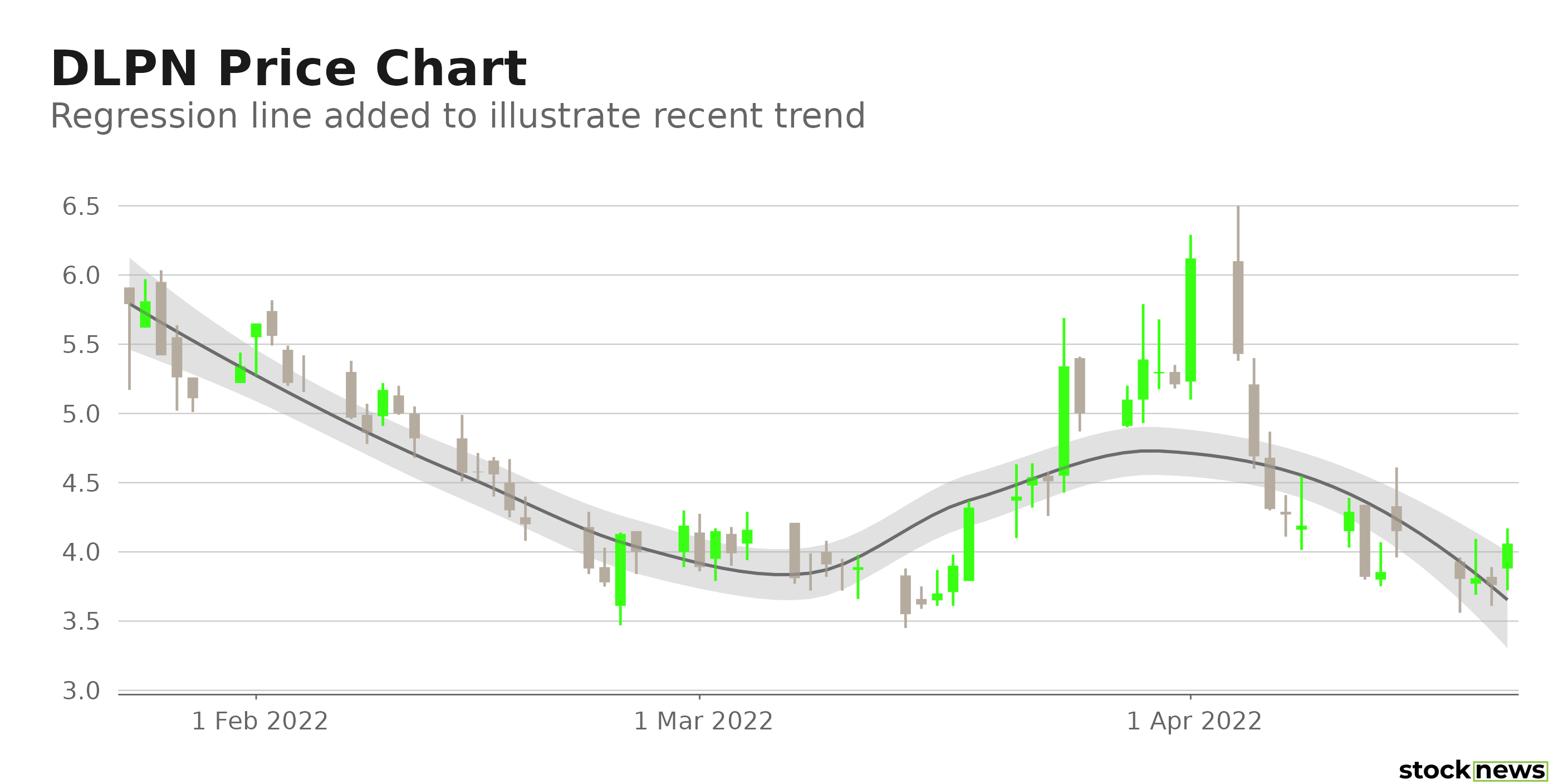 Here is what could shape DLPN's performance in the near term:

DLPN has an overall D rating, which equates to Sell in our proprietary POWR Ratings system. The POWR ratings are calculated by considering 118 distinct factors, with each factor weighted to an optimal degree.

Our proprietary rating system also evaluates each stock based on eight distinct categories. DLPN has a D grade for Stability. The stock's 2.12 beta is consistent with the Stability grade.

Among the 20 stocks in the F-rated Entertainment – Media Producers industry, DLPN is ranked #15.

Beyond what I have stated above, one can view DLPN ratings for Value, Momentum, Growth, Quality, and Sentiment here.

While the company reported solid revenue growth in its last quarter, investors could become concerned about DLPN's long-term prospects based on its negative profit margin. In addition, analysts expect its EPS to decline 38.5% next quarter (ending June 30, 2022). Furthermore, the stock is currently trading below its 50-day and 200-day moving average of $4.34 and $8.40, respectively, indicating a downtrend. Given its lofty valuation, we believe the stock is best avoided now.

How Does Dolphin Entertainment Inc. (DLPN) Stack Up Against its Peers?

While DLPN has an overall D rating, one might want to consider its industry peers, News Corporation (NWSA) and AMC Networks Inc. (AMCX), which has an overall B (Buy) rating.

DLPN shares were unchanged in premarket trading Friday. Year-to-date, DLPN has declined -52.35%, versus a -7.48% rise in the benchmark S&P 500 index during the same period.

The post Is Dolphin Entertainment a Buy Under $5? appeared first on StockNews.com