The duo are launching KE Partners with a sizeable portfolio of startups- in fact, they've already invested in 12 different companies, and that's a figure that's only set to rise in the future.

"I think you’d have to be living under a rock if you’re in the Middle East and haven’t heard of Karen Wazen yet.” That’s the response I got from a friend when I asked them if they thought there was anyone left in the region who hadn’t heard of Wazen already, and yes, while there is a fair bit of exaggeration in that statement, it does shine a light on how amazingly popular this social media personality and entrepreneur currently is. And now, after garnering more than 12 million followers across her social media channels, and her eponymous brand’s eyewear being adorned by seemingly everyone from pop star Dua Lipa to reality television star Kourtney Kardashian, Wazen is now announcing the official addition of a new title to her profile -investor- thanks to the launch of her newest enterprise, KE Partners (pronounced as “key partners”), which she has co-founded with her husband, Elias Bakhazi, aka Luch, to those close to him.

I got to learn more about KE Partners when I met Wazen and Bakhazi in April at their home in Dubai, and over the course of a freewheeling conversation, the couple offered me an exclusive look into this venture that they’ve founded “to support unstoppable entrepreneurs building purposeful companies that aim to improve and enrich people’s lives.” Now, while KE Partners may have come into existence only recently, the co-founders are not at all new to the investment realm- Wazen has been quietly investing in startups for more than five years now alongside Bakhazi, who himself boasts of a long and successful career in the finance sector, having worked with the likes of Shuaa Capital and HSBC, before joining his wife in the entrepreneurial realm in 2021 as the co-founder and Managing Partner of Karen Wazen Eyewear. The duo are thus launching KE Partners with a sizeable portfolio of startups already- in fact, they tell me that they’ve already invested in 12 different companies (based mostly out of the MEA region), and that’s a figure that’s only set to rise in the future.

For her part, Wazen admits being personally hesitant about making investments in startups and entrepreneurs when she started out in the domain about five years ago. “Back then, I have to say that, from my end, I didn’t feel confident enough about being an investor, especially because I come from a social media background,” she says. “I was, like, who’s going to take me seriously?” But Wazen persevered and learned her way around this trade, aided in part by her own journey launching an eyewear line that has gone on to become a reputed brand in its own right. “It took time for me to build that confidence for myself, over the years,” Wazen explains. “Having founded our brand, seeing its growth, learning so much from this whole process, and then sitting with people [in the investment realm], I was like, actually, they’re just like me. They’re not much smarter than me, and they haven’t accomplished more than what I’ve accomplished… And then, in the projects that we were investing in, I saw that the founders were really interested in my input. So, it wasn’t just the money that they were interested in, they were actually interested in the value that I could add, separately to Luch’s experience.” 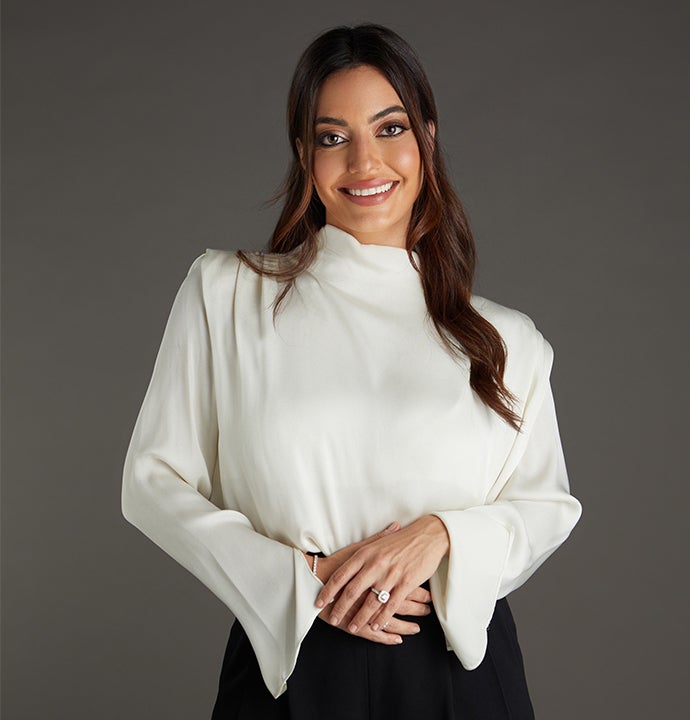 I must admit that, at this point, I wondered why Wazen would have ever questioned the value she brings to the table- she is someone who started with an online blog in 2016 and has since grown to become one of the most influential people on the Middle East’s social media landscape today, with her list of achievements including being the first Middle Eastern ambassador for Italian luxury brand Roberto Cavalli, as well as the first regional ambassador for French beauty house Guerlain. But while Wazen, despite her many accomplishments, may have had misgivings about herself, the entrepreneurs she mentored and supported certainly didn’t feel the same way- the spikes in interest they saw in their startups whenever she posted about them on social media are something they call “the Karen effect” among themselves. Of course, Wazen happily confesses that she feels personally gratified when the companies KE Partners supports do well for themselves. “That’s why we named the company KE Partners,” she says. “It’s not just because Luch and I are partners with each other; it’s because we really see ourselves as partners with the founders.”

Bakhazi agrees with this sentiment, with him bringing his 17+ years of corporate experience to support the development and growth of the startups in the KE Partners portfolio. It’s a veritable list of companies, by the way- one of the first ventures Wazen and Bakhazi invested in is the Cape Town-headquartered startup Yoco, which has, since its launch in 2013, become the market leader for small business payments in Africa, having secured over 200,000 clients as well as a total of $107 million in funds to date. Another interesting venture in KE Partners’ purview is personalized luxury shopping service, Threads Styling, which was founded by Sophie Hill in 2010 in London. Closer home, KE Partners has invested in companies like hospitality group Addmind (the name behind Dubai hotspots like White, Iris, and more), as well as Dubai-based “future forward experiential attractions developer” HyperSpace, which, in 2021, had notably secured $11 million in equity and development seed funding. Bakhazi points out here that so far, he and Wazen have been investing in companies across sectors and stages, and that’s set to remain the paradigm with KE Partners as well.

Related: How Huda, Mona, And Alya Kattan Built The Billion-Dollar Huda Beauty Brand Out Of Dubai 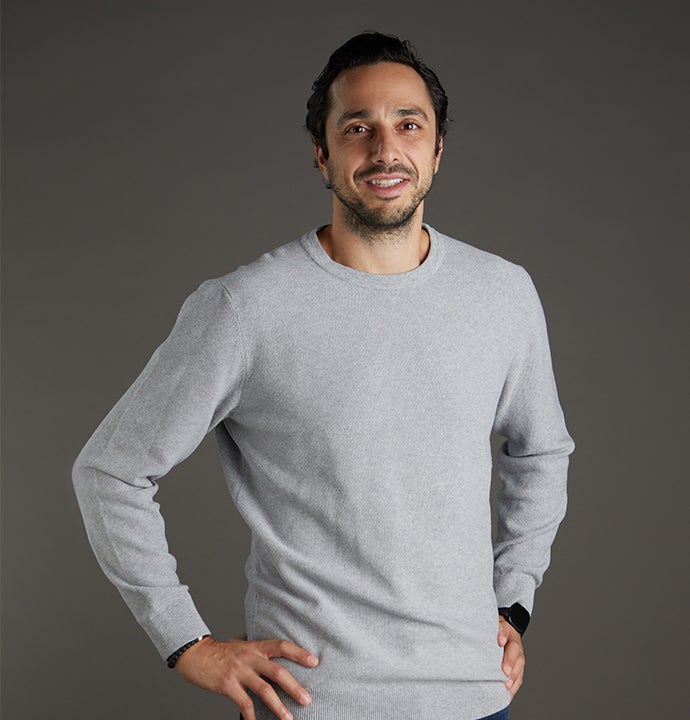 “Every year, we are looking to invest in three or four companies, and there is no minimum ticket size,” Bakhazi continues. “It could be, say, from $50,000 to, depending on the valuation, more than a million dollars, based on the maturity and growth phase of the company. But, at the end of the day, we want to be a platform that supports ambitious entrepreneurs.” Bakhazi goes on to explain that KE Partners has been built off his and his wife’s personal wealth, and while they are not currently planning on bringing in external limited partners to their fund, it is something that they might consider in the future. “I think, right now, we’re really happy with having everything in-house,” he says. “We have our own investment approach and selection process, and for now, we’d like to keep it that way, but, in the future, you never know.” In terms of locations, Bakhazi confirms that KE Partners does have the MEA region as its focus; however, he and his wife point out that they have previously made investments in companies based in Europe and the US as well.

But while Wazen and Bakhazi may still be tinkering with such aspects of KE Partners, they are extremely clear about the kind of people and companies they hope to support with their funds. “Obviously, the vision and the idea have to be there, but for us, it’s a lot more important for us to believe in the entrepreneurs,” Wazen says. “We have to believe in the people; we have to feel that they’re willing to take the risk, that they’re willing to dream big. And this is what we’ve seen across the different investments that we have done- it was really people that came with an idea, and were like, ‘We are going to make this succeed, despite the odds; we are going to make this happen.’ And when we saw that ambition and passion in those entrepreneurs, it resonated.” The impact the businesses can have in their particular industries and markets is also something KE Partners looks for, Bakhazi adds. “We’re looking for teams and ideas that challenge the status quo, and aim to change people’s lives for the better,” he says.

Such statements offer a peek into the particular blend of sensibilities that Wazen and Bakhazi are bringing to the region’s investment realm with KE Partners, and the duo are now looking forward to receiving an influx of pitches from entrepreneurs hoping to become a part of their company’s portfolio. However, at this point, I wondered aloud if Wazen might be apprehensive of any criticism that might get thrown at her for her new endeavor as well, especially since social media influencers like herself are currently prone to a lot of -often unwarranted- hate in digital spaces. “I think a lot of these people don’t personally know me,” Wazen replies. “And when someone doesn’t personally know me, they can feel free to say whatever they like… They are free to make whatever assumptions they like, but I know that on my bed, I sleep very comfortably. I’ve only followed a journey that I believed was the right one for me, and I haven’t, in any way, crossed anyone else’s; I haven’t wronged anyone in my own journey. And, honestly, I’m ambitious, I hustle, and I’ve worked my way up, and it’s something that I’ve worked very hard on… The good thing is that my growth wasn’t overnight, it was very gradual. And the more you grow, the more you’re exposed to hate and criticism and all of that. So, I learned to build thick skin along the way, and today, it’s just part of what I do, and it’s noise. And I just have to kind of push it to the back, ignore it, and do things that prove otherwise!” Success is the best way to silence such criticism, after all- and for Wazen and Bakhazi, that’s as good a driver as any for them to chase their goals. Onward and upward! 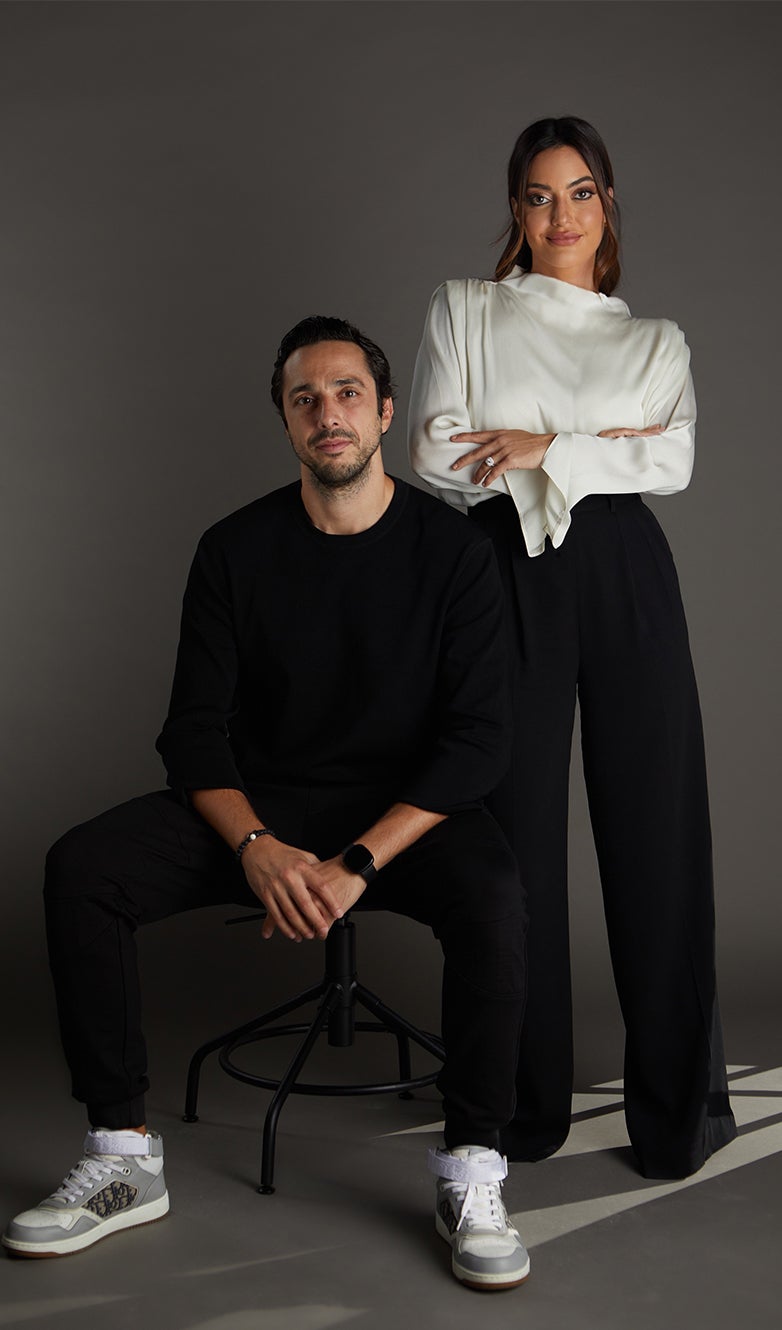 1. The key to success is the ability to adapt. “The world we're living in is so fast-moving and fast-changing that the successful models are the ones that are easy to adapt.”

3. Always put yourself out there. “Because the more you give to the universe, the more the universe gives back to you.”

4. Dream big. “But don’t let the size of the dream overwhelm you- just go for it one step at a time.”