Launched in 2021 by Asif Mugloo, Hikayati is a technology-based publisher that produces physical storybooks in Arabic and English that have been personalized end-to-end for young children.

By Pamella de Leon May 19, 2022
Opinions expressed by Entrepreneur contributors are their own.
You're reading Entrepreneur Middle East, an international franchise of Entrepreneur Media.

This article was built in partnership with in5, an enabling platform for tech, media and design startups.

Launched in 2021 by Asif Mugloo, Hikayati is a technology-based publisher that produces physical storybooks in Arabic and English that have been personalized end-to-end for young children. Based out of in5 in Dubai, the startup's offering is simple: customers can select a story that a child would like, fill in details about the child's name, gender, and character icon, preview the book in its entirety, write a dedication for the child in the question, and then order the book to be sent to your doorstep. By tailoring each book to a specific child, the startup aims to promote representation and inclusivity, with stories written by regional authors to showcase and celebrate Arab culture.

"In our region, when you ask a child to draw a house, most of them would draw a British cottage," Mugloo explains. "They would draw something like a Frozen doll. Then, there is the case of inclusivity. Most of the children's book literature or storybooks have a stereotypical protagonist… Today, in our literature, where we should celebrate diversity, we have well over 90% of the lead characters that look Caucasian!"

According to Mugloo, representation in literature plays a major role in how children see themselves. "We want to give an opportunity to our children to not only have localized books that are based on the countries and cultures they live in, but also make them heroes of their story," he explains. "This is important, because, for younger children, "it's all about me.' They pay attention to where they see themselves. Through our books, not only do we help them engage better, which, for example, [helps with] early literacy skills, but in also seeing themselves as heroes [in these stories]. This boosts their morale, and it makes them more confident about themselves." 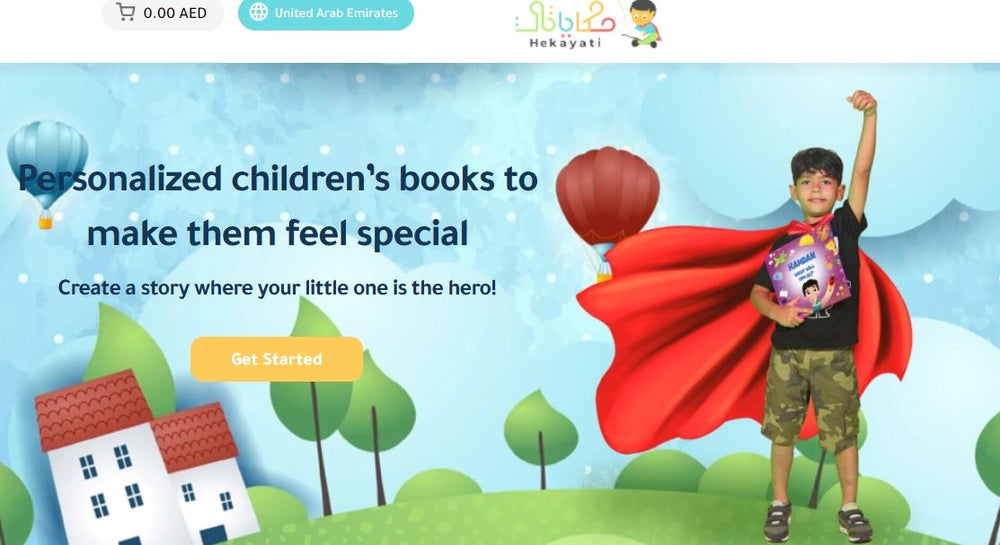 Since its debut, the startup has been selling personalized books directly to consumers from its website. Up till now, the startup has received an undisclosed angel investment; however, Mugloo says he and his team will soon try to raise a seed funding round to accelerate growth in the region. The team are also keen to develop partnerships with entities that promotes their brand- one example is its tie-up with Al Ain Football Club, whose intellectual property has been allowed to be used in Hikayati's storybooks. The company is also developing its B2B model, with it working with a few government entities to use its personalized books. In addition, it was part of one of the small, local businesses that was selected by Expo 2020 Dubai to showcase their products in kiosks at the mega event. In March this year, the startup launched in KSA and was selected by the Saudi Arabia Ministry of Culture for its 2022 Publishing Accelerators Programs.

However, such accomplishments haven't been the only highlight of Mugloo's journey with Hikayati. "The most gratifying part is seeing a child smile," Mugloo says. "When they see themselves in the book doing extraordinary things, there are huge grins on their faces. It is incredible to see that. We always have parents come to us to say it's the best give they've given to their child." Indeed, Mugloo says that his company has had "thousands of happy parents as our customers," and as such, the Hikayati team is invigorated by their mission to "make our children heroes of their own stories." But what's the end goal? "Create the largest tech-based publishing company in the region, and then go further forward with innovation," Mugloo replies. "The publishing sector has been dormant for a long time now, and it's exciting to bring innovation in this sector- particularly when it has the ability to change lives." 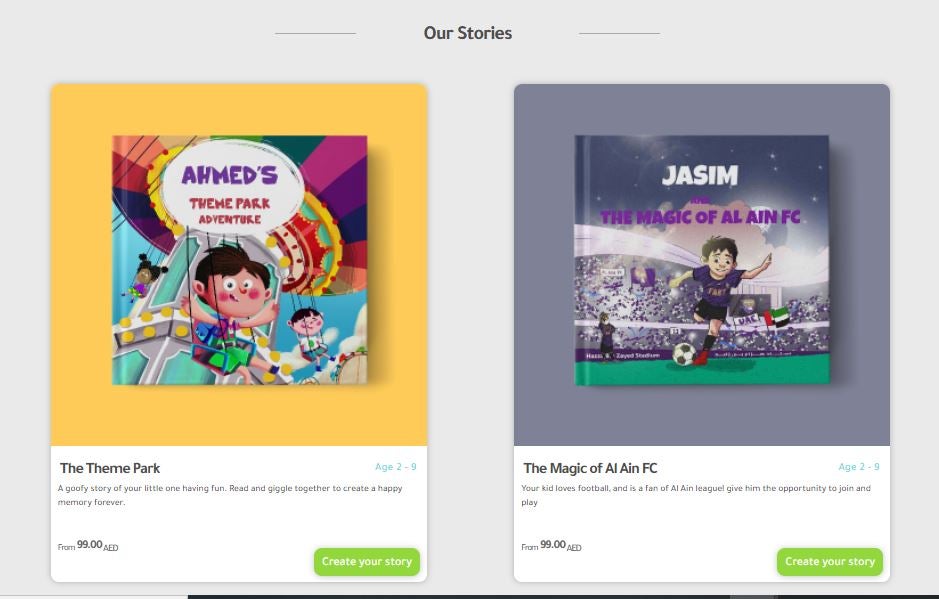 What has been the biggest benefit that you have personally experienced by being a part of in5?

"For us, we always wanted to follow an accelerator route, and in5 was one of the best accelerators around with a great reputation. So, we were fortunate enough to be selected by them. With in5, we got our licenses sorted, which are normally not easy to get as we have a publishing license. Then in5 gave us office space, along with subsidized setup fee, which is critical to any startup to keep costs down. Being part of Dubai Development Authority, in5 also helped us get National Media Council permissions for our books through Media City. Personally, when I go to in5 it always pushes me as I see a community around me that are striving to solve challenges and do something new. It's a great atmosphere!"