As someone who has been following the crypto sector for more than a decade, Gryn says he was keeping an eye out to make an educated investment in the domain when the right time came, and for him, that was when he launched Metahero and Everdome.

By Tamara Pupic June 6, 2022
Opinions expressed by Entrepreneur contributors are their own.
You're reading Entrepreneur Middle East, an international franchise of Entrepreneur Media.

Robert Gryn, founder and CEO of the blockchain-based metaverse projects partnered and partnered, gives quite a narrow definition of his current field of work, describing it as "the bleeding edge of tech." He adds, "We're innovating solutions to problems that probably didn't exist one year, one month, maybe even one hour ago."

As a key component of Web3 (the latest iteration of the world wide web), the metaverse can be described as a network of a virtual reality spaces in which people can interact with computer-generated personas, objects, and environments, and it is expected to change how people, businesses, and society as a whole not only communicate and cooperate, but also co-exist. Studies predict the exponential future growth of the global metaverse industry -from US$47.69 billion in 2020 to $829 billion in 2028, according to Emergen Research.

And Gryn's Metahero is well placed to grab a big share of that growth, since its ultra-HD photogrammetric scanning technology allows people to replicate real-world objects in photo-realistic 3D, ultimately creating a hyper-realistic metaverse 3.0 experience. Indeed, Metahero has partnered with the Polish ultra-realistic 3D technology provider Wolf Digital World (WDW) to capture every detail of the physical world and port it into the digital world. "Our 3D avatars and virtual objects, such as NFTs, can be used across a vast range of platforms from medical and art to social media, fashion, and, of course, gaming," Gryn explains. 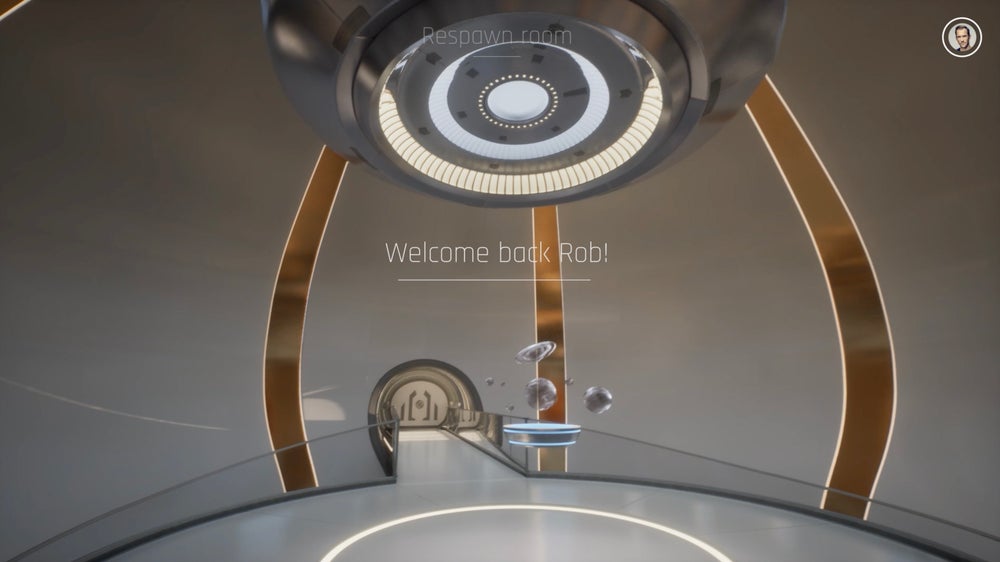 The Metahero offering thus serves as a gateway to the metaverse for industries looking to generate high-quality 3D avatars; however, Gryn has taken it a step further by creating his own metaverse. His second project, Everdome, is a hyper-realistic metaverse composed of 12,000 plots of metaverse land that is created solely by Metahero's tech. "Everdome is a free-to-play game that will take users on an immersive journey from Hatta, here in the UAE, to reach Mars," Gryn explains. "We're launching it in three phases, the first of which will be the pre-launch at the launch site in Hatta, while phases 2 and 3 will give people the chance to experience life and the mission aboard the Everdome vessel, eventually landing and settling on Mars."

Throughout June and July 2022, interested investors will be able to purchase a plot of land in Everdome that is expected to give them an opportunity to generate revenue, or even resell in the future. Both projects have their own tokens. Metahero's HERO is built on the Binance Smart Chain and can be used for transactions within the Metahero ecosystem or to pay for 3D scans, while Everdome's native utility token is DOME, which can be used for buying land in its metaverse.

According to Gryn, both Metahero and Everdome are enterprises that were launched to fill specific gaps in the market. "Metahero was to provide the quality and kind of graphics needed for the growing metaverse," Gryn explains. "And Everdome was to provide the style of gameplay that will create an amazing environment for users to explore, but also a lucrative ecosystem for businesses to invest and thrive in."

As someone who has been following the crypto sector for more than a decade, Gryn says he was keeping an eye out to make an educated investment in the domain when the right time came, and for him, that was when he launched Metahero and Everdome. "These two companies run seamlessly hand-in-hand, representing the future of society as we know it by blending non-fungible token (NFT) creation, 3D scanning, crypto, and the metaverse together," Gryn says.

At the moment, he is focused on Everdome as its Phase 1 will be launched in 2022, while Phases 2 and 3 will follow shortly. "We're expanding our network of partners to enrich the Everdome experience," Gryn says, adding that the current list of collaborators include Alfa Romeo F1 Team Orlen, FAME, Pierre Gasly, BitBoy, Reach Global Media, Nick de Vries, OKX, MoVlogs, and Tenset- all of whom have invested in plots of land in Everdome. "Another thing planned for the coming year is to continue land sales," Gryn says. "We've had a phenomenal response to the plots of land released so far, as each hexagonal plot of land can be developed however the owner wishes. It's very much like investing in land in the real world, only without any of the limitations you could potentially face. In the metaverse, the only limitations are the ones we impose, so things like access to materials, or even gravity itself, don't have to be taken into consideration."

Both Metahero and Everdome are Dubai-registered companies, and Gryn explains that the Emirate's reputation as a forward-thinking and technology-loving city influenced his decision to start his new, innovation-hungry pursuit here. However, I'll make a quick pause here to explain that prior to entering crypto, moving to Dubai, and launching Metahero and Everdome, Gryn had already made inroads into entrepreneurship. 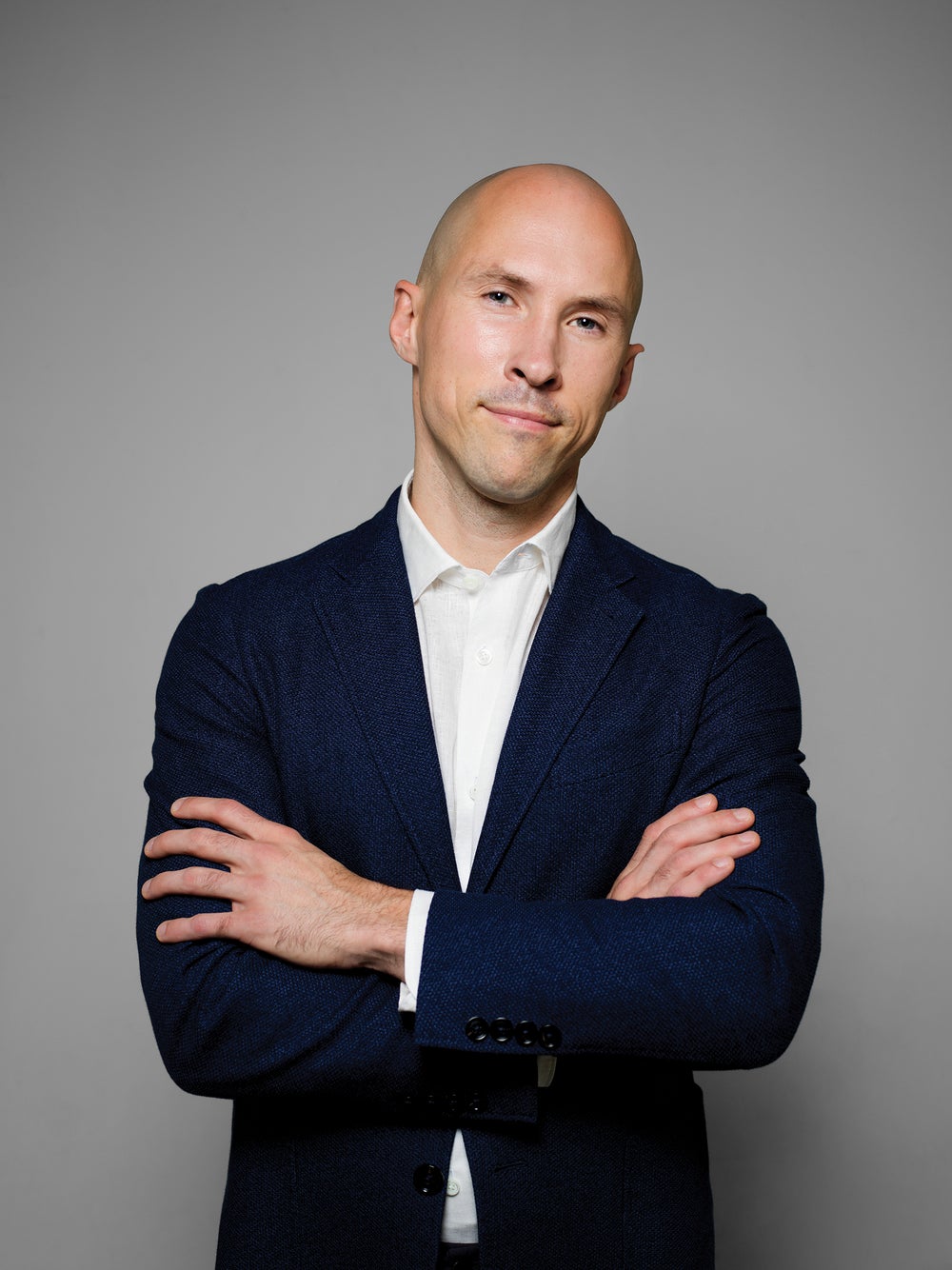 In fact, Gryn is an embodiment of the fortunes that were available to the quick movers in the affiliate marketing sector, which, in his case, propelled him onto the covers of magazines and lists of the wealthiest people in Poland. All of this was thanks to Gryn owning and running Codewise, a provider of artificial intelligence-powered online ad measurement and management solutions for digital marketers, which also functioned as an umbrella company that included Zeropark, a advertising platform for online media-buyers, and Voluuma, a full-stack tracking software-as-a-solution (SaaS) for performance marketers as well as other solutions. "Driving Codewise over the years was tough- we were immensely successful, but I didn't feel able to cope with the scale and the stress that came with it," Gryn recalls. "When mental and physical health are affected because of work, you've got to learn to draw the line- something that every entrepreneur needs to recognize. When work begins to take a toll on your personal life, when you don't have either love or passion for what you're doing, or when your priorities begin to shift, then it's time to reevaluate."

Gryn's burnout moment coincided with his growing interest in the metaverse, which, for him, was an indication that his priorities had changed, and that it was time for a new chapter in his entrepreneurial career. "I wanted to refocus on an area that sparked my passion, and that meant leaving behind Codewise," Gryn says. "It wasn't an easy decision by any means, but it was the right one. I'd achieved what I set out to do, and now could turn my attention to a new sector- which led me to launch Metahero and Everdome."

This is also what brought him to Dubai, and at the most opportune time for launching a Web3 company in the country. The metaverse activity in the UAE has been growing rapidly- from the announcement of the UAE's first Dubai Virtual Asset Regulation Law in March, to Dubai's Virtual Assets Regulatory Authority establishing its metaverse headquarters in May on the Ethereum blockchain-based Sandbox platform, as well as Dubai Crown Prince HRH Sheikh Hamdan bin Mohammed bin Rashid Al Maktoum initiating the Dubai Metaverse Strategy that will seek to make Dubai a "key city in the metaverse," and to "increase the contribution of the metaverse sector to its economy to $4 billion by 2030, and increase its contribution to Dubai's gross domestic product (GDP) to 1%."

In addition to all of this, Gryn adds that another key advantage of running a Web3 company in Dubai is its potential to attract talent interested in new technologies to the Emirate . "There is a global shortage of talent, predominantly because Web3 technologies are still relatively new, and the educational platforms required to raise qualified talents haven't quite caught up yet," Gryn says. "Because the sector's growing massively, there are lots of jobs available -which also feeds into the shortage- but it's an exciting field with plenty of opportunity for growth, development, and to play a part in the future of online communities, and so, I have no doubt that we'll see a strong influx of qualified men and women in the next couple of years."

Now, we're having this chat at a time when the crypto market is in its bearish mode, to say the least, but Gryn has a compelling argument about why he believes that it will bounce back stronger than ever before. "What we're seeing as a result of the crash is that global regulators are starting to implement new guidelines, which means the sector is maturing and growing in all of the right ways," he explains. The UAE especially has already proven its keenness to innovate and lead the way in new technologies, and Gryn believes that the country is now well-positioned to benefit from the upward curve crypto will be seeing in the future.

Meanwhile, with Metahero and Everdome, Gryn plans to create a premium metaverse experience that "will become a virtual home away from home." Part of building this ecosystem is to drive mass adoption which is, in fact, uniquely feasible in the UAE, he adds. "Audiences in the GCC in particular are keen to adopt latest technologies, and the fact that many parts of the region have access to fast broadband is going to really help with metaverse adoption," Gryn concludes. "As a society, we're already used to turning to online solutions for everything from ordering our groceries to even buying a car, and the metaverse is only the next step in that."

'Trep Talk: Robert Gryn's tips for entrepreneurs wanting to tap into the potential presented by Web3

Do your research "Understand whichever aspect of Web3 you intend to focus on before taking the plunge. The same goes for any entrepreneurial venture- you're going to be more successful if you go in well prepared, instead of jumping in blindly. You don't have to be an expert, but it helps to have one that you can rely on to guide you."

Web3 isn't just a technology transition, but a cultural one too "There's a major shift in the way that society interacts with technology, which is moving people more towards the Web3 world. That said though, the concept of Web3 is still confusing to many people, just as the arrival of the internet was about two decades ago. Chances are you'll need to educate while you innovate."

Be resourceful "Entrepreneurship, in any field, requires this one critical talent: the ability to innovate. Web3 in particular is still evolving. It's a work in progress. There will be times when you find that you don't have all of the elements you need to do whatever you're planning to do, which may mean you need to create them yourself, or wait until someone else creates them for you- which means you've also got to be patient."

Consider the changing regulatory environment "Because Web3 is so new, there aren't many regulations in place yet- which means that regulations are likely to be implemented and/or change as the need arises. Take a look at what's happening in the crypto sector right now, for example; in light of the recent crash, several governments have started to introduce regulatory measures that didn't exist before."

Be agile "You're working in a fast-paced, rapidly evolving world, and if you can't keep up, you'll be left behind. As an entrepreneur, you have the advantage of being able to build a company that is flexible and nimble, which can change with the times. This is an incredible advantage that you should hold onto, no matter how large your business grows."

Related: The Recap: The April 2022 Edition Of Dtec Forum Highlights How Entrepreneurs Can Leverage Opportunities Presented By The Metaverse