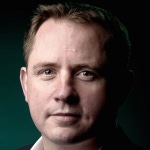 Alastair Lukies, CBE is a UK businessman and entrepreneur best known as a pioneer and champion for the UK’s global fintech industry. He founded Monitise in 2003, and grew it to a market cap of $2 billion, employing 1500 staff on four continents.

Alastair was awarded a CBE for services to mobile banking and charity in June 2014, and was named Entrepreneur of the Year at the 2011 Growing Business Awards.

In September 2016, Alastair and a group of industry investors, operators and innovators founded Motive Partners, a next generation investment management firm focused exclusively on financial technology.

The message to the banking, financial services, and insurance sector is clear: innovate to survive; innovate to thrive.