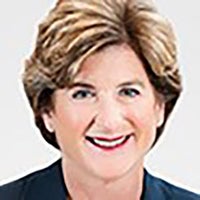 Denise Morrison was named president and CEO of Campbell Soup Co. in 2011, after  30 years in the consumer-packaged goods business, including eight at the company. Morrison was elected to the MetLife board in February 2014 and to President Barack Obama’s Export Council in 2012. She has been named among Fortune's 50 most powerful women.

How Purpose and Social Responsibility Can Set a Startup Apart

Campbell's CEO says new business owners can differentiate their enterprise with ideals that resonate with consumers, their evolving values and needs.
4 min read