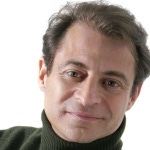 Dr. Peter H. Diamandis is an international pioneer in the fields of innovation, incentive competitions, and commercial space. In 2014, he was named one of “The World’s 50 Greatest Leaders” by Fortune Magazine. In the field of innovation, Diamandis is founder and Executive Chairman of the XPRIZE Foundation, best known for its $10 million Ansari XPRIZE for private spaceflight. Diamandis is also the co-founder and Vice-Chairman of Human Longevity Inc. (HLI), a genomics and cell therapy-based diagnostic and therapeutic company focused on extending the healthy human lifespan. He is also the co-founder and Executive Chairman of Singularity University, a graduate-level Silicon Valley institution that studies exponentially growing technologies, their ability to transform industries and solve humanity’s grand challenges. In the field of commercial space, Diamandis is co-founder/ Co-Chairman of Planetary Resources, a company designing spacecraft to enable the detection and prospecting of asteroid for precious materials. He is also the co-founder of Space Adventures and Zero-Gravity Corporation. Diamandis is The New York Times bestselling author of Abundance – The Future Is Better Than You Think and BOLD – How to go Big, Create Wealth & Impact the World. He earned an undergraduate degree in Molecular Genetics and a graduate degree in Aerospace Engineering from MIT, and received his M.D. from Harvard Medical School.

100 Is The New 60: The Transformation Of Healthcare

With technology being a game-changer in medical research, Dr. Peter Diamandis discusses how healthcare technologies can extend the human health span.

Schooling For Tomorrow: Top Five Technologies That Will Reshape The Future Of Education

A deep-dive into the exponential technologies (and mindsets) that are mission-critical for educating the next generation.

A change in how we educate is necessary to realize the radical future we see for the world.

An unprecedented era of capital abundance is all set to massively accelerate innovation in the world as we know it.

Innovating Governance: Evaluating The Future Of Voting, Policy-Making And Legislation

Humans need to find ways to better organize themselves and work together. Our future requires agility.

The Future Of Cities: Tapping The Transformative Power Of Exponential Technologies

Considering the transformative power of exponential technologies, is it better to take a top-down approach when designing cities, or a bottom-up approach?