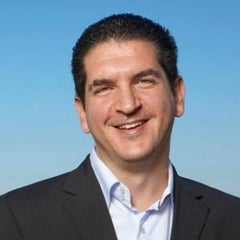 CEO and Founder of Fundbox

Eyal Shinar is CEO and founder of Fundbox. Prior to his current role he served as a vice president at Battery Ventures where he led many projects and investments in the areas of finance, machine learning and software as a service. Additionally, Shinar was one of the first employees of Old Lane, a $5.5 billion New York-based global hedge fund (later acquired by Citigroup), and also worked for Castle Harlan, a leading $6 billion NYC-based buyout firm. Shinar earned his MBA from The Wharton School of Business at the University of Pennsylvania.

Have You Fallen Victim to the Small Business Credit Conundrum?

The idea of complete separation between business and personal credit is, sadly, an illusion.

If SMBs were paid on time, they could hire an additional 2.1 million employees -- and reduce U.S. unemployment by 27 percent.

That so many small businesses fail is no mystery when, on average, each is owed $84,000 for products and services delivered but not paid for.

A good deal of payments go out late. Check out this graphic to see which industries are most affected.

How to Up Your Small Business's Cash Flow -- Fast