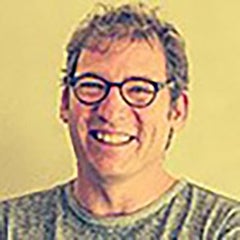 Lloyd Tabb has been a technology revolutionary for 25 years, driving important trends in how the world uses the Internet. Originally a database and languages architect at Borland International, Lloyd left Borland to found Commerce Tools, where he wrote the first application server for the web. After Commerce Tools was acquired by Netscape in 1995, Lloyd was Principal Engineer on Netscape Navigator Gold, led several releases of Communicator, and helped define the creation of Mozilla.org. As CTO of LiveOps, the first commercial crowd-sourced company, he designed the crowd-sourced ecosystem. Lloyd was also a co-founder of Readyforce and advisor to Luminate, and is currently founder, chairman, and CTO of Looker Inc.

The 3 Decisions We Didn't Make That Totally Changed Our Business

With some decisions, it's better to not decide-- yet.