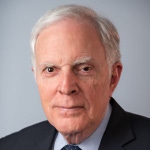 President and CEO, The NHP Foundation

Richard Burns is president and CEO of the the NHP Foundation (NHPF), which he joined in 2009. He has since overseen the $226 million acquisition of 28 properties representing over 8,000 units. In addition, Burns created a $50 million predevelopment/acquisition fund, and works closely with partner organizations, with whom he's underwritten funding for eight affordable housing complexes, with 1,320 units. During his tenure at NHPF, Burns has led the efforts to secure $483 million in development funding using the Low-Income Housing Tax Credit (LIHTC), which he calls the “affordable housing industry’s most successful production tool.”

Remember the tale about the strait-laced conference attendees forced to suffer through line dancing and mechanical bull-riding?

Considering that 1 in 3 workers today are freelancers, you're probably managing one or more of them now or will be soon.

How We Helped Our Millennials Fall in Love With Philanthropy

A transparent workplace, hands-on opportunities and cutting-edge tech will keep your millennials engaged.

Want to Parlay Your Passion Without Losing a Paycheck? Think About Running a Not-for-Profit

The opportunity to pursue a passion without sacrificing a meaningful business role and salary has been the impetus for many business leaders to swap careers.