After requesting a refund, the owner of the store accused her of being drunk or high in a testy exchange. 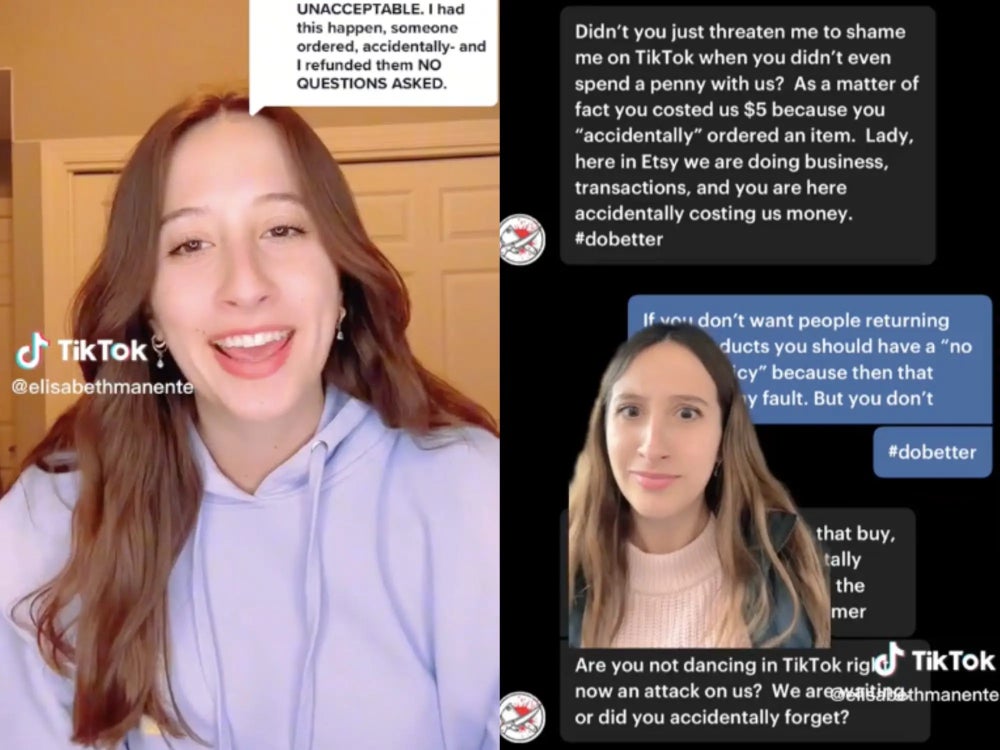 A woman's experience getting a refund from an Etsy store went viral after she shared a rude exchange on TikTok.

In the video, which racked up 2.3 million views, Elisabeth Manente is told to "have the day you deserve" by a store selling candles, which accuses her of shopping while drunk or high.

Manente, a model and actor with 11,000 followers, said she was ordering a Harry Styles candle from Cleaver And Blade — a pop art store that sells mugs, t-shirts, and posters of celebrities in ecclesiastical designs. The candle costs $19.

She said she accidentally purchased the wrong one on January 9, realized her mistake the next morning, and requested a refund.

The interaction was hostile straight away with the store approving the refund, but complaining it cost them $5 to refund her. Manente apologized and said it was an accident, starting a testy exchange.

"I refunded you, and I highly doubt that you accidentally ordered, have the day you deserve," the store said.

Manente sarcastically thanked the store for their customer service and said she would "see them on TikTok," prompting a new wave of insulting messages.

"Last night while you were smoking your peace pipe, you ACCIDENTALLY went through our store and picked out a candle and purchased," a message reads. "You woke up this morning, sober, and decided ah, better not get that candle ... it was an ACCIDENT, so you asked for your money back."

"What part doesn't make sense to you?" the store continued after Manente answered back. "Would you like me to get my dancing shoes and create a TikTok for you to help you understand?"

Manente told Insider that she assumed the person writing to her was a teenager.

"I'm like, there's no way an adult is talking to me like this," she said. "The peace pipe part, where they insinuated I was under the influence, that's what kind of threw me off a little bit. That is just completely uncalled for."

Manente posted her TikTok on January 11. Later, the store's owner Vladimir Costa posted a response captioned "the melodrama of St. Elizabeth, the beholder of Karen tears."

In it, he accused blamed Manente for a backlash against the store. He also said he would start donating $5 of each sale to a local woman's shelter in New Orleans. That post has since been deleted.

"You said you couldn't afford the $5 refund, and now you're going donate $5 to a woman's shelter?" Manente said. "That didn't sit right with people or me, because I'm like, well, I'm a woman, women end up in these shelters because of verbally abusive men." 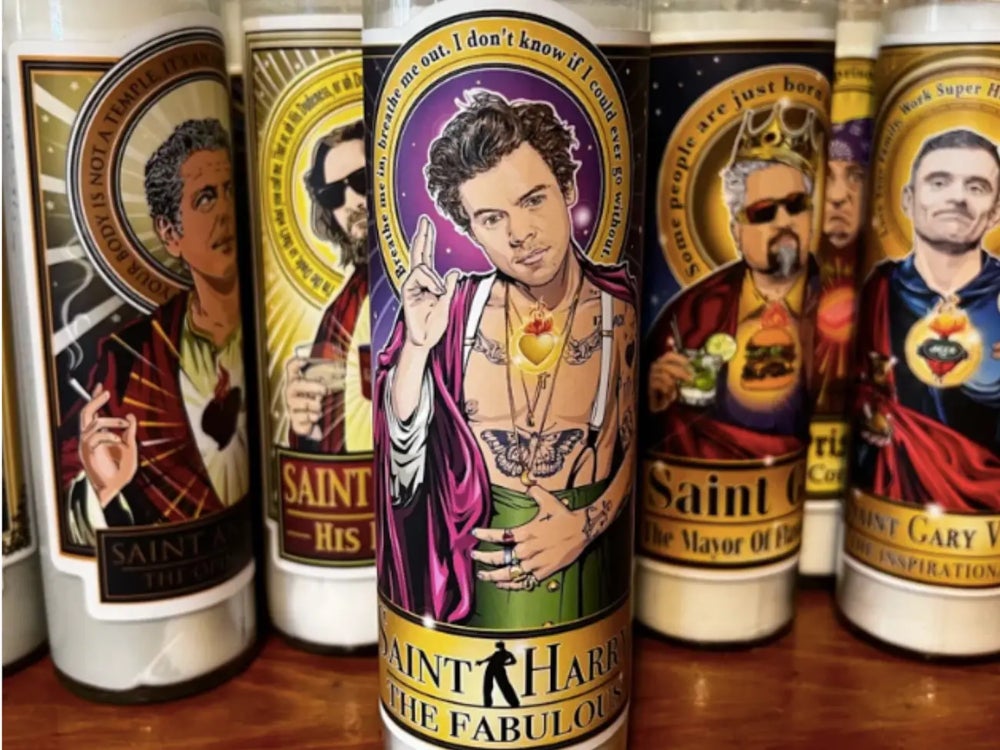 In a long written statement to Insider, Costa concede that his response to Manente was "piquant and sarcastic," but also accused her of "social media weaponization."

"Yelp, TripAdvisor, Google, Twitter, FB, and now TikTok are being used as weapons by consumers to get whatever they feel they are entitled to," he said. "Small businesses walk on eggs losing control of their profit line with fear that they do not end up with bad reviews."

Costa said he still did not believe the purchase was an accident.

"We are not a large business like Amazon and Wal-Mart," he said. "We really believe that people like Elisabeth need to know that we do not operate in the same margins or with the immense large budgets they do."

Costa also sent Insider screenshots of some threatening messages he had received from other people, including one that said "kill yourself."

Manente said she didn't post the video to get any kind of response, but to stop other people being treated the same way.