Virgin Group founder Richard Branson isn't your average billionaire. Instead of living in a big city penthouse or a sprawling estate, the fun-loving tycoon makes his home in the British Virgin Islands. He prefers jeans and board shorts over suits and, despite his status as Sir Richard Branson, he'd rather be called Richard.

Related: 10 Ways You Can Be More Like Richard Branson

Fascinating to say the least, the self-made billionaire behind Virgin Airlines has a perpetually sunny disposition that draws others toward him. Take a look at Branson's spectacular business success and fortune. 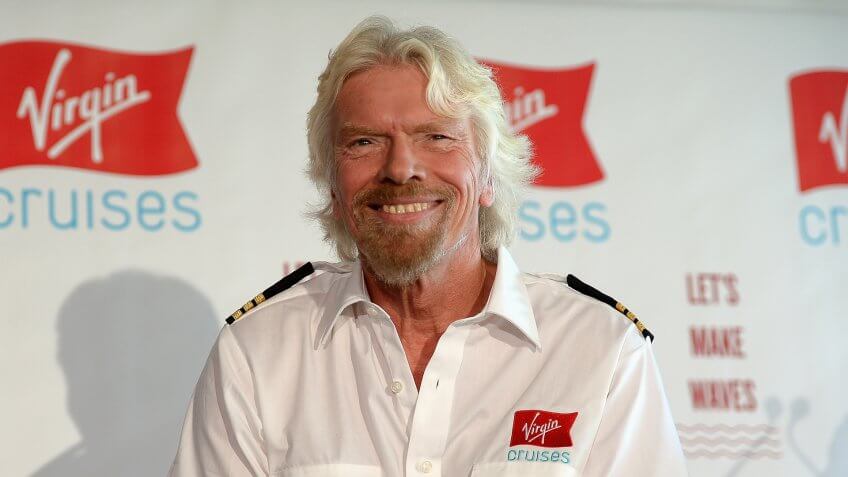 Seemingly born to be an entrepreneur, Richard Branson started his first two business in 1968 when he was just 17 years old. Two years later, in 1970, he opened his first business under the Virgin Group umbrella, and the rest is history.

Though perhaps best known for its airlines, the Virgin Group consists of more than 60 businesses today. Combined, they bring in more than $24 billion in annual revenue and employ 71,000 people in 35 countries, according to The Telegraph.

Unlike many moguls, Branson truly cares about his companies. He sold Virgin Records for $1 billion in 1992, but instead of celebrating, he famously ran down London's Ladbroke Grove in tears, distraught over cutting ties with the business.

These days, the father of two dedicates most of his time to Virgin Unite, the Virgin Group's nonprofit entrepreneurial foundation. Established in 2004, the charity supports ventures close to Branson's heart, including advocating for gay rights and speaking out against poaching.

Virgin Unite's projects are changing the world for the better. Some of the foundation's work includes providing life-saving healthcare to people in Kenya, South Africa and Nigeria; creating Branson Centres, which have helped 4,000 entrepreneurs get their businesses off the ground; and fighting for LGBT rights in Uganda. 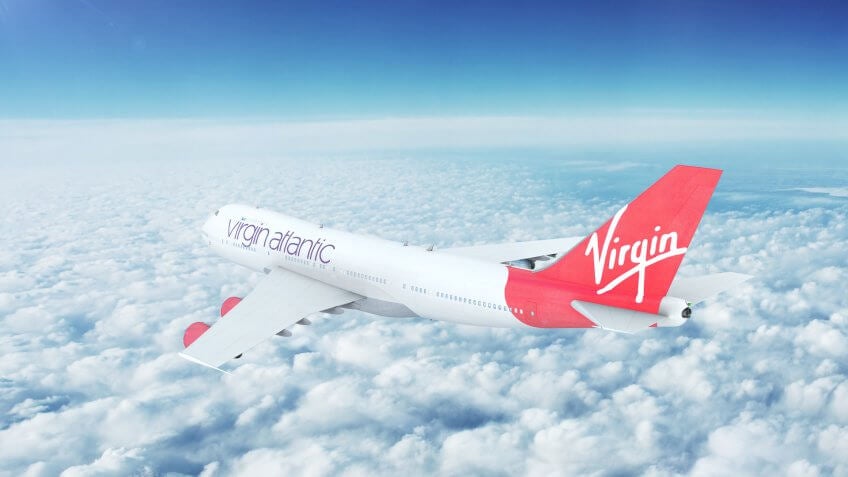 A cancelled flight from Puerto Rico to the British Virgin Islands served as Branson's inspiration for Virgin Atlantic. Then a young businessman, he had a date waiting for him, so he chartered a plane and charged other passengers $39 for a one-way ticket.

Founded in 1984, Virgin Atlantic is an innovative airline with a 2016 pre-tax profit of about $28 million. The Virgin brand also includes Virgin Australia and previously, Virgin America, which recently merged with Alaska Airlines.

Alaska Airlines bought Virgin America in 2016 for $2.6 billion. Despite earning nearly $800 million from the sale, Branson opposed it and publicly expressed disappointment that he didn't have enough voting shares in the company to halt the takeover. 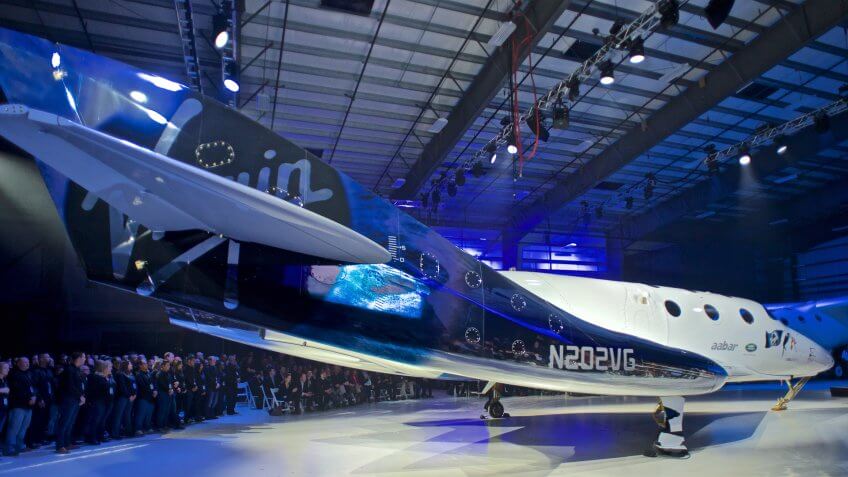 Known for his innate curiosity and sense of adventure, it's probably not too surprising that space travel is on Branson's agenda. Founded by the billionaire entrepreneur in 2004, Virgin Galactic wants to make space travel accessible to everyone.

The privately-funded company has received $600 million from Branson, the Virgin Group and Abu Dhabi's Aabar Investments Group. So far, approximately 700 people have paid a full-price deposit of $250,000 to become a Virgin Galactic future astronaut.

Sending humans into space has been a challenging process -- a pilot died during a test flight of the company's SpaceShipTwo in Oct. 2014 -- but Branson believes his company is finally almost ready to launch. In a 2017 interview with The Telegraph, he said he hopes to be into space himself next year. 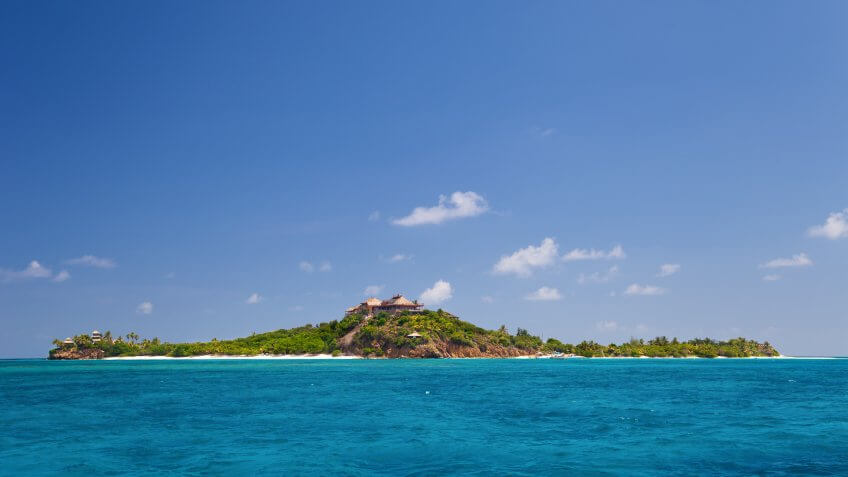 Located in the Caribbean, Richard Branson's island doubles as his home and a posh resort. He purchased Necker Island in 1978 for a modest $180,000, according to Forbes.

In February 2017, the Obama's vacationed on Necker Island as Branson's personal guests. Photos revealed a playful friendship between the former U.S. president and billionaire, which included kite surfing and wrestling. 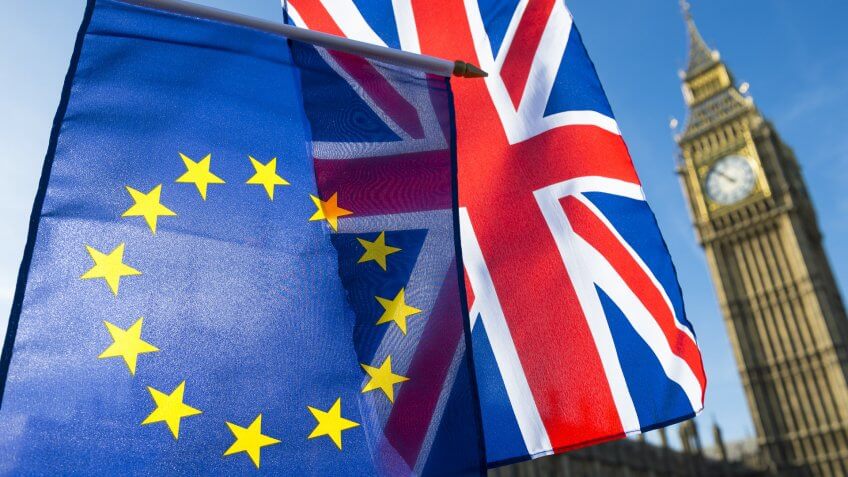 An outspoken Brexit critic, Branson reportedly donated more than $30,000 to Best for Britain in April 2017. The campaign focuses on ejecting members of Parliament who support Brexit and replacing them with those who might be able to help Britain stay in the European Union. The Virgin Group founder has called for a second vote on Brexit, claiming the public was misinformed for the first.

"If a hard Brexit happens, it would be pretty devastating and it would be the biggest sort of shot in the foot the British people have ever done to themselves," he said during a March 2017 interview with CNBC. "[I] hope that sense will prevail and that when all the facts are known and on the table, I would hope that a second referendum could take place based on real facts and not on the facts that people were given."

If Brexit does happen, Branson wants the U.K. to be prepared. He has urged startups to stay put, reassuring company leaders it's the right thing to do.

Related: Richard Branson: How to Spot an Opportunity

"If a dreadful decision gets made for a country, we can't all just give up," Branson said in a May 2017 interview with Wired. "We've got to get out there and work our butts off to make sure the pain on the British public is lessened as much as possible."

Despite his stance on the matter, Virgin Atlantic launched a U.S. ad campaign, "The Bright Side of Brexit" in April. The ad encouraged Americans to visit London, since Britain's impending E.U. exit has weakened the pound.