In a PR Crisis, There's No Room for 'No Comment'

When a PR crisis erupts out of nowhere, put consumer interests first and speak up quickly with calm, caring and genuine statements.

This story originally appeared on Business on Main 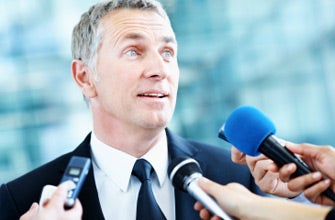 When the recently-resigned president of a Canadian university students' association was taken into custody following the robbery of a Calgary credit union -- and when it was revealed that the students' association, which conducted no background or criminal checks on candidates, was unaware that its leader had outstanding arrest warrants and previous convictions -- the story exemplified the term "PR crisis."

A reporter contacted me inquiring how those thrust into such negative news stories should respond, so I ticked through the PR crisis to-do list: Tell the story. Tell how you're working to remedy the problem. Tell what you're doing to prevent the problem from happening again.

What to do when you're at a loss for words
"I can think of no two words worse in PR than "no comment," says Broder, who has managed the communications efforts of Coca-Cola and launched communications programs for marketers ranging from nonprofits to self-publishers. "You may as well say "guilty as charged,' because that's how that phrase is most often interpreted."

As an example, she points to Newt Gingrich's "no comment" response when asked whether he owed a half-million dollars to Tiffany & Co. Any of the following responses, she says, would have been better:

- Smile and say nothing.

In explaining her list, Broder cautions that crisis communicators should say they're unable to respond only when they're legally bound not to comment. Otherwise they can be accused of being evasive at best, or lying at worst.

She also explains why the say-nothing option is last on her list. "Say nothing only after you've been inundated with the same question over and over or when you truly aren't in a position to talk." As an example, she describes former senator John Edwards walking past reporters' questions during a pre-trial courtroom entry. "The media can and will quote "No comment.' They can't quote what you don't say," she says.

Turn a crisis into an opportunity
"Depending how you handle it and how well equipped your spokesperson is to convey your message, you can turn a publicity crisis [into] an opportunity," Broder says.

Recently, when a spokesperson for Mitt Romney compared the candidate's views to an Etch A Sketch, the toy's maker, the Ohio Art Company, wasted no time putting forth a statement that strengthened the brand message while sidestepping a political landmine. "Etch A Sketch has right- and left-hand knobs," said Senior Vice President Martin Killgallon. "We speak to both parties. And together we can draw circles."

Move quickly to control the statements being made
The longer you wait wringing your hands and deciding what to say, the more likely others will frame the story instead -- often with inaccuracies or from perspectives that favor neither your customers nor your business.

The most legendary positive example dates to the 1980s, when some Extra Strength Tylenol capsules were laced with cyanide and placed on retail shelves in Chicago. Parent company Johnson & Johnson took immediate action, alerting customers, withdrawing product packages, halting advertising and production, exchanging capsules for tablets, offering rewards and devising tamper-proof packaging in use to this day.

Not once did the company state that it had nothing to do with the tainted product. Nor did it focus on the $100 million expense it was incurring. It quickly took action to address two questions: How do we protect people? How do we assure the safety of the product?

In the case of the Canadian credit union robbery, the university took far smaller-scale and slower steps, but addressed similar concerns. In an early statement, an official said of the former student leader, "We are concerned for her safety, just as we are for all members of our community." In a subsequent statement, the students' association announced that an election-processes review was underway.

Crises, almost by definition, are unanticipated. You can't possibly know in advance what you'll say, but you can be clear about what your message needs to convey. "In a crisis, keep calm but respond quickly," Broder says. "Don't overpromise, but do assure people that you're working to fix the problem and create safeguards to protect against it happening again."