Instagram, Admitting a War on Snapchat, Rolls Out Face Filters

Instagram's VP of product dishes on the app's Face Filters, Hashtag stickers, and Rewind button at TechCrunch Disrupt while fielding a barrage of questions about Snapchat.

With yesterday's arrival of Instagram Face Filters, Facebook and Instagram's complete and utter dismantling of the Snapchat platform is complete.

Instagram is rolling out eight inaugural Face Filters, including furry koala ears, math equations swirling around your head and -- most fittingly -- an ice crown. To the winner go the spoils.

Not five minutes after Instagram announced Face Filters and several other new features -- including a Rewind button, Hashtag stickers and an Eraser button -- Instagram VP of Product Kevin Weil walked onstage at TechCrunch Disrupt in New York City shooting an Instagram Story of the crowd. 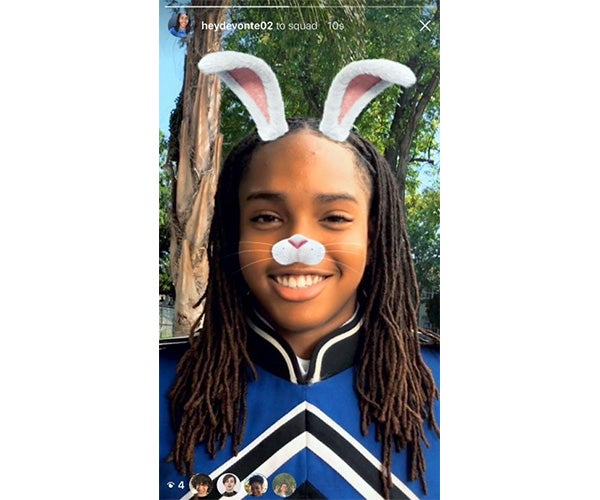 Weil, the former VP of product at Twitter, has been at Instagram for around 15 months. In that time, the app has switched to an algorithmic feed and rolled out Instagram Stories, which now eclipses Snapchat with more than 200 million daily active users (DAUs) in less than a year. Instagram is also testing location-based Stories (like Snapchat's geofilters and local stories), but hasn't yet publicly confirmed that feature.

"Face filters are an expected part of a modern camera, so we're super excited to launch them today," Weil said. "The first eight filters are live now, and we've also launched a handful of other things including a reverse video format, a hashtag sticker allowing you to tag stories the same way you can tag mentions and some other tools like an eraser."

The next question, inevitably, is how Instagram's Face Filters are different from Snapchat's. You can get to the filters from the face icon in the right corner of the Instagram app when you're filming a story. Just like Snapchat, you tap a filter to try it on and there are individual and group filters to use with friends in the frame. Face Filters also integrate with Boomerang by default, and the finished snaps 'grams can be sent as an Instagram DM or uploaded to your story.

"The important thing to us when we launched Face Filters was to do it in a way that was natural to Instagram. There's a level of craft and attention to detail with each of the eight filters that I think is unique," Weil said. "One of my favorites is the koala filter. I have 7-month-old twins, I put them on screen and I see two little koalas looking up at me, and the ears twitch the same way a koala's ears naturally twitch. There's another feature with a spotlight. As you move around, the spotlight will follow you."

These updates are available as part of Instagram version 10.21 for iOS in the Apple App Store and for Android in Google Play.

Face Filters are the cherry on top of one of the more deft and almost impressively brazen business moves Mark Zuckerberg has made to get Facebook where it is today.

Instagram Stories and now Face Filters are one facet of the strategy. Add that to Facebook's copycat Messenger Day feature and most importantly, the company's new Camera Effects augmented reality (AR) developer platform announced at F8, and it amounts to a ruthlessly effective scorched earth copycat campaign. Zuckerberg's F8 keynote was one long subtweet of Snap Inc., where Zuck didn't mention the word Snapchat once. Today, he also posted an Instagram video in which he sported one of the app's new filters and congratulated his team on a "nice job."

New face filters on Instagram! This one's my favorite so far. These kinds of effects are how we'll experience augmented reality for the first time. This is just the beginning.

That's not the most important part, though. Facebook has also improved upon every core Snapchat feature, adding features and user experience (UX) polish and opening the camera platform to developers in addition to an active user base with which Snapchat can't compete. During his TechCrunch Disrupt interview, Weil reluctantly acknowledged that Instagram's strategy around stories and filters was inspired by and came at the expense of Snapchat.

"If we're being honest with ourselves, this is the way the tech industry and frankly all industries work. Good ideas start out in one place and spread all across the industry," he said. "Kudos to Snapchat for being the first to stories, but it's a format and it's going to be adopted across a wide array of platforms." 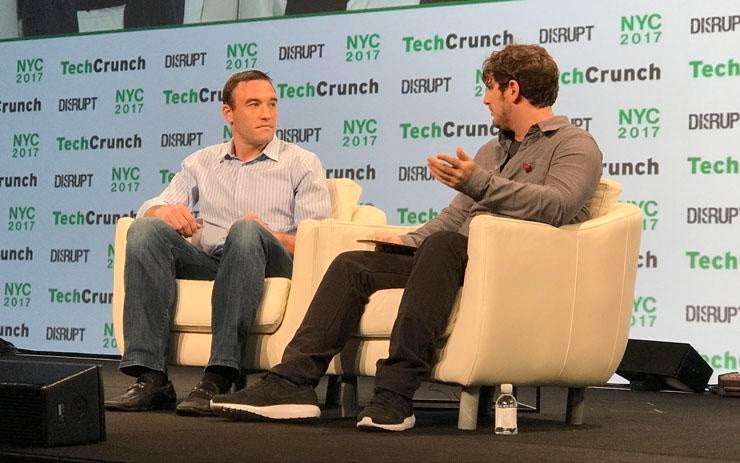 Weil likened it to Facebook coming up with the News Feed or Twitter pioneering hashtags, both of which are now widely adopted across apps and social networks. In the same vein, he also drew an interesting parallel with the animation world. Pixar was the first to do computer-animated films, but Weil made the point that just because Pixar was first, we shouldn't discount all the great films made by a studio like DreamWorks.

"It's not just about the format, it's about the plot. The storyline. It's the entire product. It's not just Instagram Stories, it's the Instagram feed. Raw moments. Direct, where you're sharing privately. Instagram Live, where you're taking people with you throughout the day. It would be silly of us to see a good idea and say that because one person did it we can't even go near it," Weil said.

To interviewer Josh Constine's credit, he didn't let up. Most of Instagram's product development over the past year and a half has been around features Snapchat has already built. Weil became visibly uncomfortable when faced with question after question about whether it's honorable to copy other products, what the atmosphere was like after Snap Inc. lost 25 percent of its value following its most recent earnings report, and whether the ends justify the means.

"There will be multiple successful players in the industry," Weil responded. "It's not about one player going down. It's about building things of value and asking whether you're closer to the people in your life because of Instagram."