iPad Pro Gets a Bigger Screen, But Comes at a High Price

This fall, iOS 11 will also bring additional multi-tasking capabilities, like drag and drop.

By Tom Brant
This story originally appeared on PCMag

Speaking at WWDC on Monday, Apple CEO Tim Cook called the new 10.5-inch version the "perfect size" for the company's flagship tablet. It replaces the 9.7-inch version, although Apple is keeping the 12.9-inch model, which it also refreshed at WWDC.

Despite the larger screen, the 10.5-inch iPad Pro didn't get any heavier than its predecessor -- it still weighs about one pound. Inside, it's powered by an A10X Fusion chip and includes the same cameras as the iPhone 7, which means a 12-megapixel main camera with optical image stabilization, along with a 7-megapixel front shooter. And since one of the iPad Pro's chief advantages over the regular iPad is compatibility with the Apple Pencil, there's also a redesigned Retina display that achieves smoother scrolling and drawing with the pencil thanks to 20-millisecond latency. 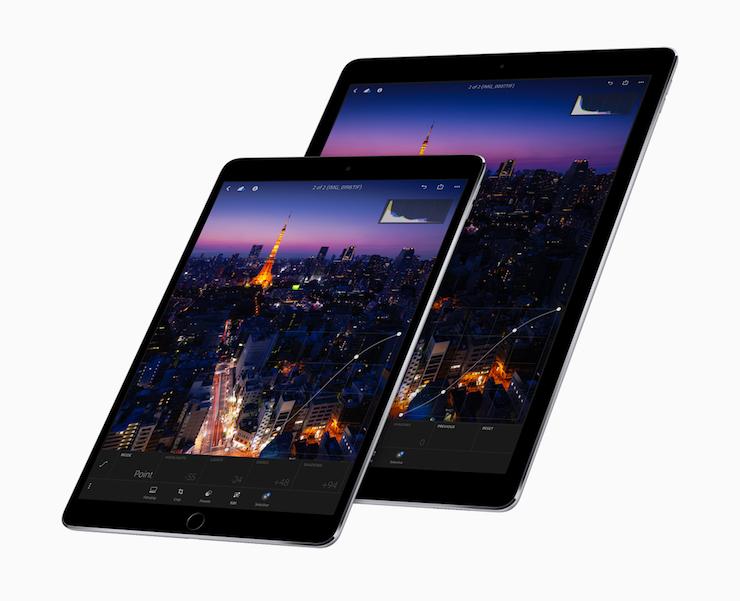 If you're editing video footage with your iPad Pro, the expanded screen real estate, better Pencil reaction times and A10X chip will likely make for a smoother experience. And if you're editing video outside or in other challenging light conditions, you'll appreciate that the display can automatically adjust its white balance to compensate. While that feature is also available in the previous generation, it's another reason to chose the iPad Pro over the iPad.

The main reason not to spring for the iPad Pro is, of course, its astronomical price, and that's no less true with Monday's update. If you're a current 9.7-inch iPad Pro owner, you'll need to replace your keyboard if you upgrade to the 10.5-inch model. Apple is offering a new $159 full-size Smart Keyboard that also doubles as a cover to fit the 10.5-inch iPad Pro.

Add the keyboard and pencil ($99) to the $649 asking price for the 64GB Wi-Fi-only 10.5-inch iPad Pro, and you start to enter ultrabook territory, which means that even with a larger size, the base-model iPad Pro will have limited appeal among cost-conscious professionals. The refreshed 12.9-inch model, which gets the same internal improvements as its little cousin, starts at $799 for a 64GB Wi-Fi-only version. Both models can be ordered starting Monday with a cellular antenna for an additional $130.

iOS 11 will bring additional capabilities to the iPad Pro when it rolls out this fall, including new multi-tasking features like drag and drop and an easier-to-use app picker menu.