Oregon has an appreciation for all things local--including their wines. 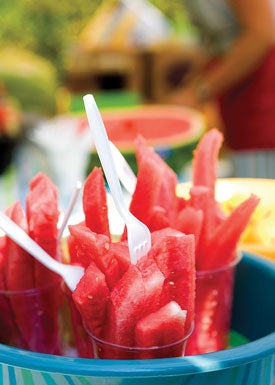 On a back road in Eastern Oregon, near a field of wild-growing lupine, there's a farm stand selling honey. A small cash box sits unassumingly alongside a note saying "Thanks." In Corvallis, the home of Oregon State University, the farmers' market is open for business. Farmers,vintners, cheese mongers, and confectioners highlight their edible wares for their neighbors, their friends, and passersby. Everywhere you look in Oregon, from the jagged coastlands to the clear windswept ranches east, the urbane avenues of Portland to the quaint main street of a logging town hugging the California border, there's a celebration. Oregonians are celebrating how farms sustain and support one another and their communities at large. In short, they are locavores, consumers who purposefully consume products that are grown and produced locally.

"I think the locavore movement might turn out to be a key factor in turning our economy around," says Julie Fitzgerald, owner of Bread of Angels, a small artisanal bakery in the heart of the Willamette Valley. Formerly a technical writer, Julie Fitzgerald pursued her passion by opening a bakery using organic ingredients, including Oregon's own Bob's Red Mill flour, and to take responsibility for the foods she consumes.

It's a passion shared by many Oregonians. In Linn County, and throughout the Willamette Valley and beyond, it's a veritable Garden of Eden with a long growing season. "The organic movement is very strong here and we are experiencing a kind of renaissance of community cooperation and symbiosis," Julie notes.

The city of Corvallis, for example, has a cornucopia of restaurants using local ingredients and of farms providing for their communities. Fireworks Restaurant, led by Chef Intaba Liff-Anderson, is dedicated to using regional sources for food. Touting sustainable fine dining, it serves hazelnut ravioli, roasted duck confit, and harvest celebration salads using ingredients found across Oregon, and some just out back.

A little further afield, travelers can sample goat cheese made at Fraga Farms in Sweet Home. Southwest of Eugene you can find King Estate Winery. With 465 acres of organic vineyards, they produce bottles of Pinot Noir, Pinot Gris, and a little Chardonnay to boot. In Medford, you'll find the renowned Harry & David. Founded in 1934 by brothers determined to share Royal Riviera pears with the country, the company grows fruits and produces baked goods and confections, right there in Medford.

Wine and farm tours can be taken throughout the state. Large and small farmers' markets regularly take place in towns and cities. Little produce stands dot the highways and byways, selling everything from fresh eggs to bunches of just-picked flowers to just-caught river salmon.

Wine and food aren't the only things one can enjoy in the city of Portland. There is a large distillery movement a-brewing. Known for its microbrews, Portland has grown to be one of the nation's leaders in small-batch distillery operations. Clear Creek Distillery is known worldwide for its eau de vie, made from locally grown pears. McMenamins Edgefield Distillery produces whiskey. House Spirits is known for its Aviation Gin and its vodkas. And, just recently, Integrity Spirits is the second distillery in the nation to bottle the green fairy, absinthe.

"There is an intimacy inherent in being a locavore," states Baker JulieFitzgerald, "a sense of connection we don't get from our cell phones or chat rooms." When traveling through Oregon, it's not hard to see that connection--between farmer and chef, vintner and wine shop owner, candy maker and market-goer. It's not hard to be a part of that connection either. Simply sit in a restaurant, wander the stalls of a weekend market, go wine tasting in Hood River, throw a few bucks in that tin along the roadside, and hold that Mason jar of honey close to you.