Design-Led: Homegrown UAE Brand Kameh Wants Its Work (And Not Its Founder) To Be Centerstage

In my time working at Entrepreneur Middle East, I have very rarely come across startups that didn't wish to reveal its founder(s), and that's easily one of the reasons why I was so intrigued by Kameh, a UAE-based collectible design brand launched earlier this year that has been insistent on keeping the entrepreneur behind the endeavor anonymous. While I was told that I can refer to the founder with the same name as that of the brand, every other aspect of Kameh's identity -think age, gender, ethnicity, background, etc.- has been strictly kept under wraps.

The secrecy Kameh has sought for themselves puzzled me- it was quite a stark departure from the shamelessly self-promotional exercises I've seen several entrepreneurs get up to in the guise of publicizing their respective ventures. But Kameh has no qualms whatsoever about staying in the background of their brand- and that's because they don't want you to buy into Kameh because of who came up with its one-of-a-kind pieces; they want you to do so because you feel a connection to the works by themselves. As per Kameh, the art should take precedence over the artist, and anonymity allows them to ensure that their enterprise stands on the strength of its offering- and nothing else.

Kameh's mandate does set one's expectations high for the "objects of design" they produce under their banner, but I get the feeling that the designer welcomes such a gaze on the products they have put their name to. Having said that, Kameh's origin story follows a typical entrepreneurial motif- the founder had purchased a new apartment for themselves in the UAE, and when they were unable to find furniture that they'd personally want to have in their new home, they decided to make their own. "I didn't want to get, say, a table that is mass produced, something that everyone else would have," Kameh says. 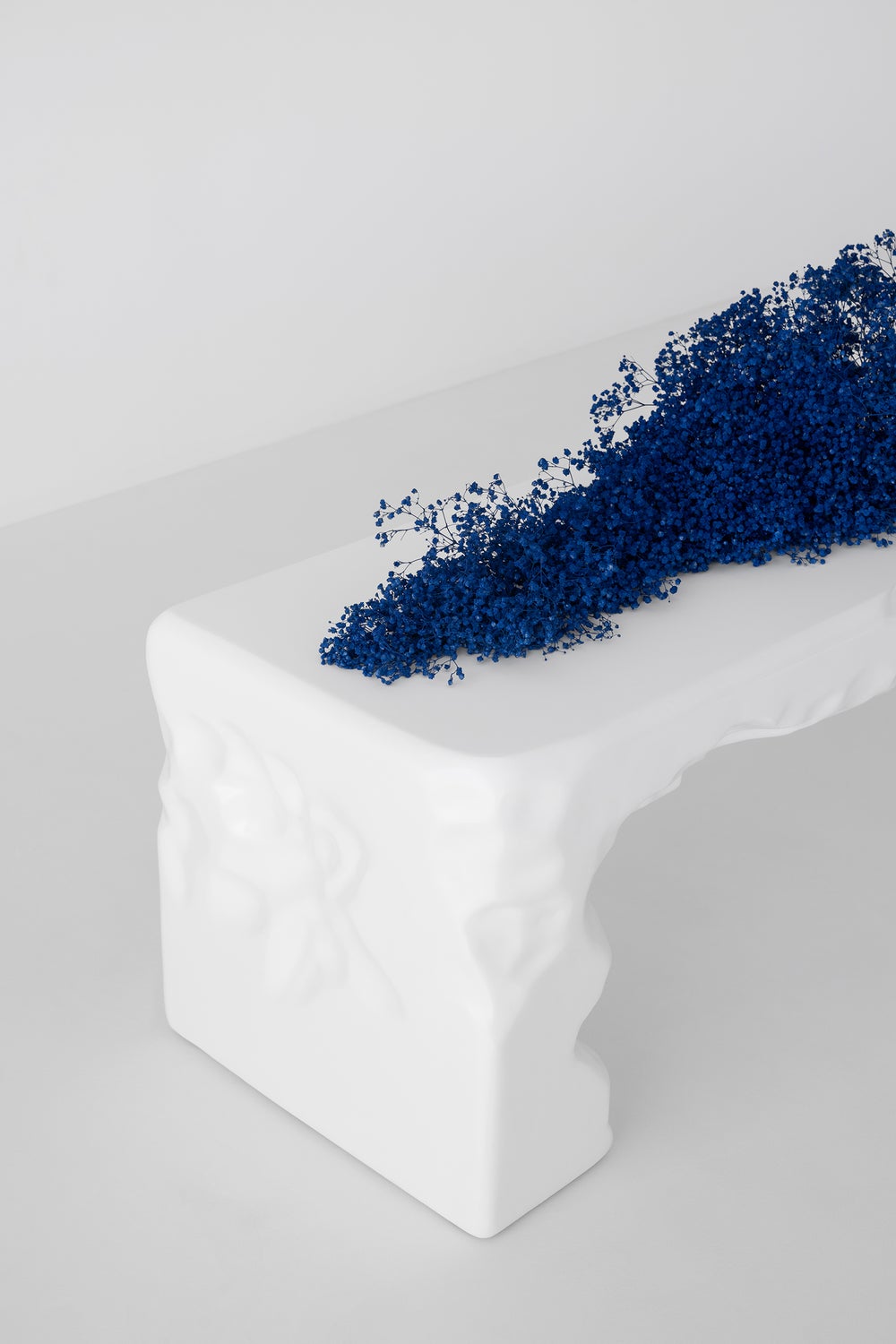 "I wanted to have something different in my apartment, which I've envisioned as an art gallery. You'd have pieces of art in a gallery- and that's the role furniture would play in my apartment. And I think that's how it all started- I decided to create those art pieces for my apartment-slash-gallery." The first piece of furniture that Kameh thus set out to build was a table- their initial vision was for it to be carved out of a massive slab of stone, but they soon found out that realizing this goal would be extremely challenging, not least because of the difficulties involved in sourcing such a huge block of rock. They then started to explore different potential routes that could lead them to execute at least a version of their original dream, and that journey is what resulted in the Kameh Table 0.1.

Painted in white, the Kameh Table 0.1 is clearly an approximation of an object made out of stone- its smooth, refined top is indicative of travertine or marble, while its lower layer mimics the rough façades of rock formations in nature. This visage has been achieved thanks to Kameh making use of a metal carcass, over which Styrofoam has been applied and cut to get its roughly chiseled features, followed by cement over it all to lock down its look and feel. In addition, a protective matte layer on the table's top ensures it becomes a functional piece of furniture- as Kameh put it: "It's not just a piece of art, but a usable piece of art that can be utilized on a daily basis."

Related: Inside The Artist's Mind: Sacha Jafri On Making Art, Building Something Meaningful, And, Yes, NFTs 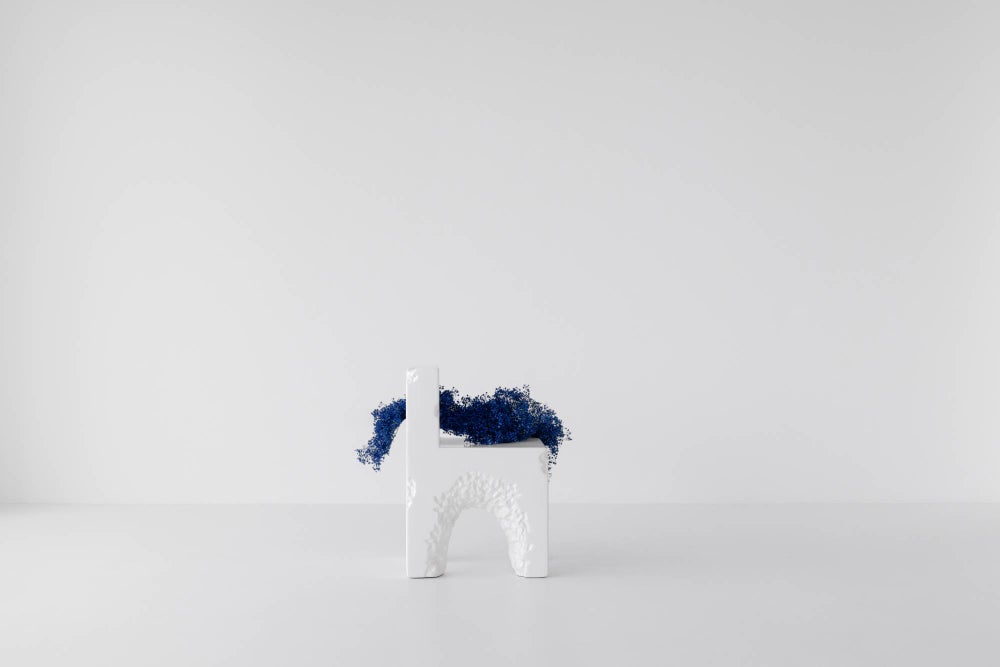 The table has also been characterized as a representation of the human self- its metal frame denotes our physical bodies, the foam inside indicates the softness of the emotions inside each of us, and the cement shelling showcases the protective guards we put on ourselves to face the world. Meanwhile, the duality inherent in the table's exterior with its polished surface and its coarse voids also suggests elements of the Japanese aesthetic of wabi-sabi that is centered on the acceptance of transience and imperfection- a theme Kameh echoed in a note they released about the product. "There is imperfectness in the piece," Kameh declares. "There is no beauty in perfection, only in imperfection."

The ethos encapsulated in the Kameh Table 0.1 has been reflected in the rest of the products that have since been released as part of the brand's debut collection. The second drop was the Kameh Bench 0.1, which was complementary to the table launched before it, and that was followed up by the Kameh Chair 0.1 and the Kameh Mirror 0.1, which "harnesses the magic of reflection to craft ever-revolving narratives around our perceptions of ourselves, and our understanding of the world around us." 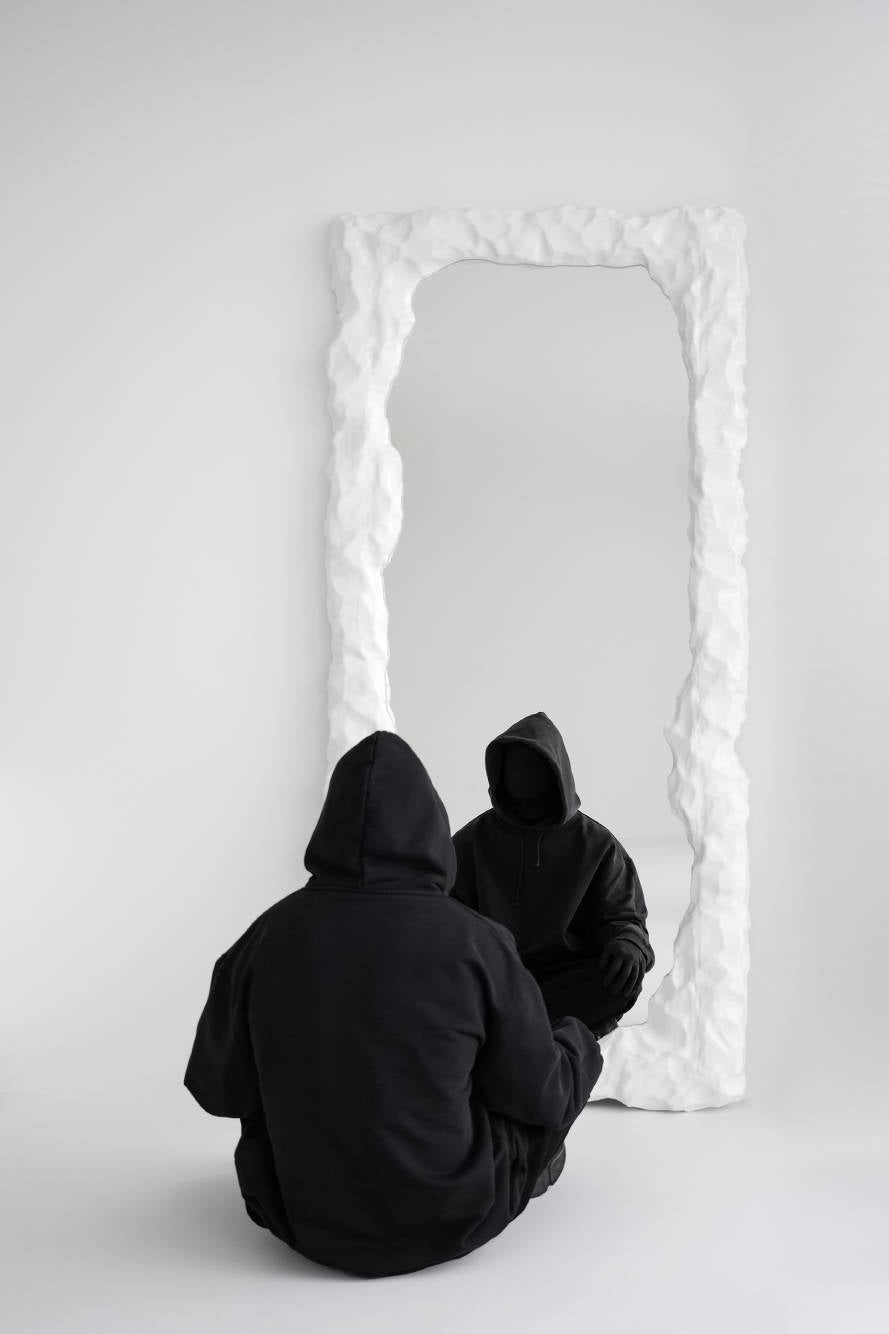 The designer with the Kameh Mirror 0.1 / Image courtesy: Kameh/Natalee Cooks

Kameh's personal desire for statement pieces that are one of a kind is evident all of the three products, and that is set to be a central theme of all the products under their label. "All of our pieces are, in a way, one-off pieces, because we cannot replicate them- every cut or crack we make on them is unique to them," Kameh explains. "We're literally producing every single piece by hand. We're not producing anything mass; we're producing solely on request."

As for the road ahead, Kameh reveals that there are two more objects in the debut collection that they hope to announce over the course of this year, but when it comes to the long term, the sky's the limit. Maybe it's about working with new materials, maybe it's about finding more ways to translate art into people's homes, maybe it's all that and more- as Kameh put it: "It's unlimited potential… I think that we are living in an age where everything's possible."

Related: Rethinking Design: Five Trends That Will Enhance Human Experiences In The Future