With a keen interest in communications technology, the co-founders of PushBots, Sobhy and CTO Abdullah Diaa noted a need for a tech tool that could push content to app users, and also create engagement in the process.

"Imagine you turn off the notifications on your phone. How much time do you think you are going to spend in each app?" This is the key reason Egyptian entrepreneur Amr Sobhy decided to launch his startup PushBots, a customer engagement tool for apps, in today's mobile-first digital world. With a keen interest in communications technology, the co-founders of PushBots, Sobhy and CTO Abdullah Diaa noted a need for a tech tool that could push content to app users, and also create engagement in the process.

"In the app business, you can assemble a great team, build a wonderful app, put it out there on the market, and think this is it," Sobhy says. "[But] this is merely the beginning. People have limited attention and all the apps are fighting for it." Thus, Sobhy's vision for PushBots is to solve a key dilemma that app businesses face today. "On one hand, everybody wants to have [build] an app. On the other hand, the attention of users is limited, and you can't rely on users to pull content," he explains. He admits that while app engagement levels are "a proxy to monetization," if the notifications tool is abused, users are going to opt out, or worse, uninstall the app completely. "Therefore, the need for personalizing notifications is of utmost importance to strike the needed balance," he says.

PushBots can be integrated into apps with just "a few lines of code," enabling app developers to send notifications in under a few minutes, and also helps them make their "pushes" smart in nature with capabilities to segment and target users. Other useful features include the ability to schedule and automate notifications, and provide analytics about each message sent. Having officially launched in 2013, PushBots claims to have delivered over six billion notifications, on behalf of 20,000 customers, to 50 million end users, since then. "We have been growing quite fast. 20 million of those 50 million end users were added in the past six months, during which our monthly volume of messages sent has increased 60%."

Without disclosing the number of paying customers, Sobhy adds that PushBots is currently a profitable business with its customer base including the likes of Vodafone, Al-Masry El-Youm, Otlob, and government entities, among others. "Most of our customers come from outside of MENA, which is reflective of the market of apps in general," he notes. What also stands out as an admirable feature of PushBots' growth is its self-made success. While operating in the midst of startups vying with each other to capture investor interest and chasing attractive valuations, PushBots has bootstrapped its way to success since it graduated from Flat6Labs Egypt in 2012. "We are extremely proud of what we managed to do with zero VC funding; by building value and raising money from the best possible investors- our customers."

Related: The Investor's View: Is The App Boom Over?

Based on the team's experience with Flat6Labs, Sobhy stresses on significance of accelerator support for startups in the early stages. "In our experience, the perks we got through affiliation with Flat6Labs helped us greatly in scaling our business. On the other hand, the network was of a great value." Like most SaaS businesses, PushBots' service is subscription-based, and while Sobhy says that their customer base grew organically, content marketing largely helped them get the word across- a fact that can help most startups out there working on highly technical products. "Videos, tutorials, articles, and various content forms that serve to educate developers and product owners, while promoting a service or a tool indirectly, was found to be very effective," notes Sobhy. On the other hand, the understanding that every app needs users to spend time on it (be it through advertising or in-app purchases) to be able to monetize, also helped fuel PushBots' growth rate. 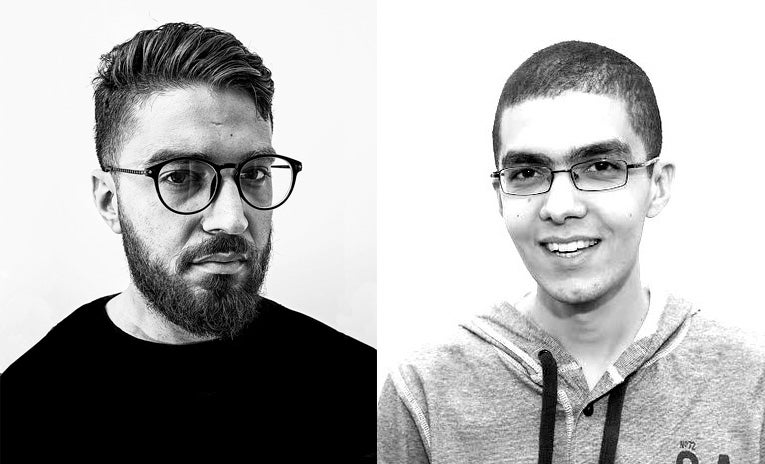 As is often the case with successful entrepreneurs, it is also a fierce passion for problem solving that motivates the PushBots team. Hailing from a background in medical education, both Sobhy and Diaa are self-taught entrepreneurs who believe that starting PushBots was never a conscious decision to "abandon [their] degrees" but rather a "subtle process of immersion" in what they loved doing. "I was leaving for grad school in 2012, when I had the initial idea and a prototype of the product, [and that's] when I decided to cancel my plans and turn this into a company," he says. For those among you struggling to find a right partner to take your venture forward with you, you should know that Sobhy found his co-founder in a rather unlikely setting- the two met on social media, with a common love for open source bringing them together. "I invited Abdullah to join me, whom I have been in touch with through Twitter," Sobhy remembers. "We lived in the same city, we both studied medicine related disciplines and we both had a totally opposite skill set which made us a true complementary team."

In his endeavor to grow PushBots, Sobhy was also aided by his stint at Silicon Valley's Draper University, a school that offers a residential program for building entrepreneurs. Speaking about how the program helped him in his entrepreneurial journey, the entrepreneur counts numerous takeaways. "First, investors there think differently. In Silicon Valley, investors don't care about bloated business plans; they care about how you can control your burn rate, how much cash are you going to burn, where will that get you, and when again will you need a cash influx," he says. He also learnt the importance of validating one's assumptions from the Valley's entrepreneurs. "Every business is based on assumptions- the faster you can validate these assumptions, the better the turnout."

What's also commendable is the way the PushBots team has kept a close watch on the way the mobile app industry is moving, and has constantly iterated its features to suit the market. For instance, as early as 2013, PushBots introduced a "tweet-to-notify" push setting for its customers, which could enable app managers to tweet a notification, and add a specific hashtag to it, so as to deliver it as a push notification to the app's users. "The need for more advanced tools for personalizing and tailoring messages is extremely high to avoid spamming users with irrelevant, dull and non-engaging content. It's now all about pushing smart, not hard." As for the principle that keeps him going, Sobhy says he is a firm believer of offering value to users, rather than tracking numbers as a means of success. "Sometimes you focus too much on monetizing, without asking yourself what value am I adding. If you focus on building value first, most likely, money is bound to follow," says Sobhy. Keeping to the standards they have set thus comes first for this entrepreneurial duo- a strategy only going to help push PushBots forward. 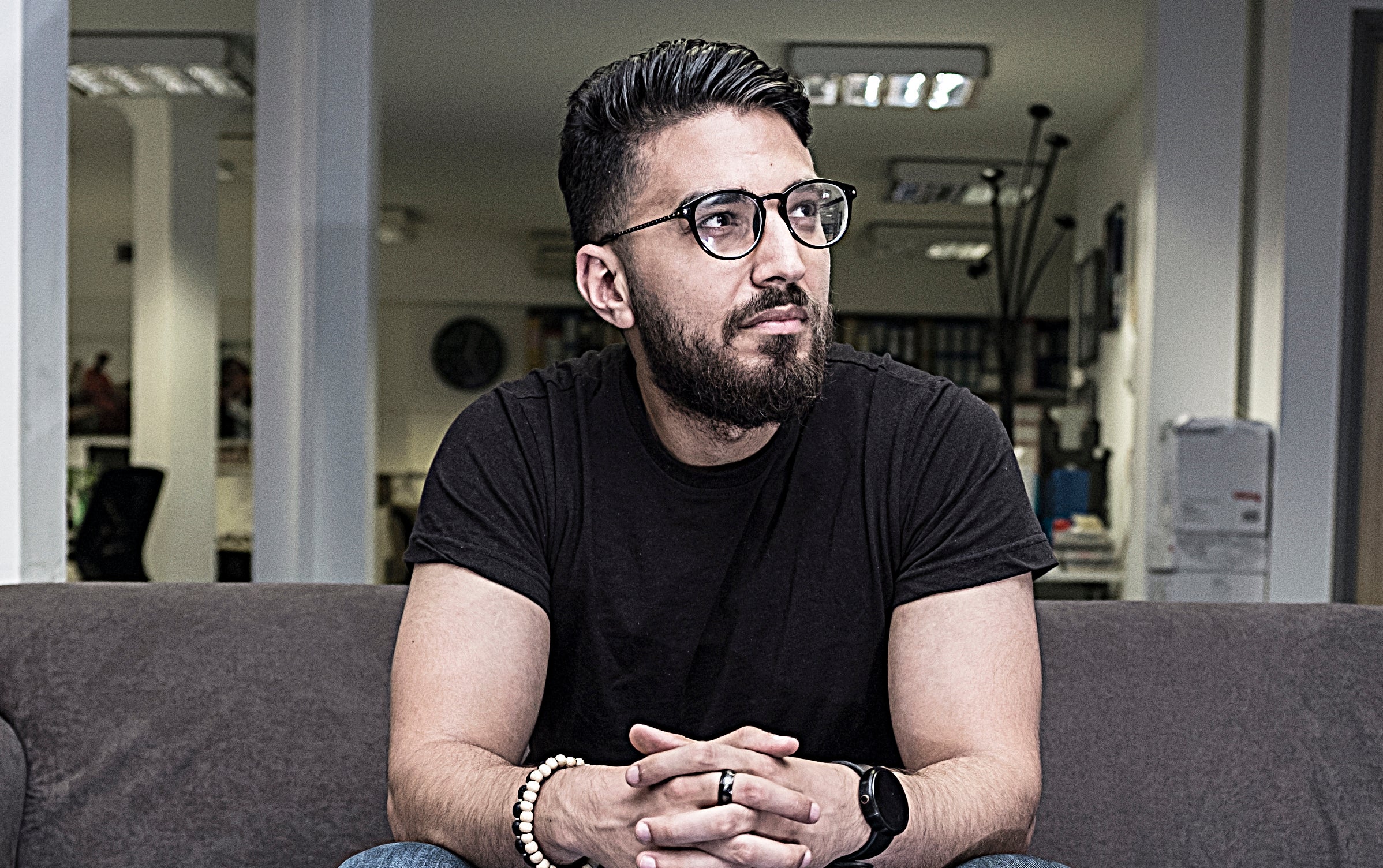 "SaaS is a great business and every business on the internet today relies on a number of micro SaaS services to address business needs. From collecting emails to [sending] newsletters, to charging customers, to giving them the support they need."

"While it's great to start a business that serves a local need, it's also great to start a business that is relevant in every country. Building a global product has both pros and cons. On the pros side, when your country's economy is struggling, your income will be in hard currency, which will both protect you, and potentially help your economy. On the cons side, you will be competing with different companies in different parts of the world who may have access to resources unapproachable to you. And at the end of the day, you are expected to provide a similar quality and a user experience."

"While all of us are looking for validation in terms of users, signups and other KPIs, making money is the only validation for a business. A fact that we sometimes become blind to, when we give into the hype and when we are just blindly attached to our products."

Related: Entertainment + Engagement: The Key To Getting An Audience On Mobile

6 Ways to Make Money from Home

Working from home has plenty of benefits, but how can you get started? Explore popular ways entrepreneurs are making money from the comfort of their homes.