By Maysaa Ajjan
April 30, 2017
Opinions expressed by Entrepreneur contributors are their own.
You're reading Entrepreneur Middle East, an international franchise of Entrepreneur Media. 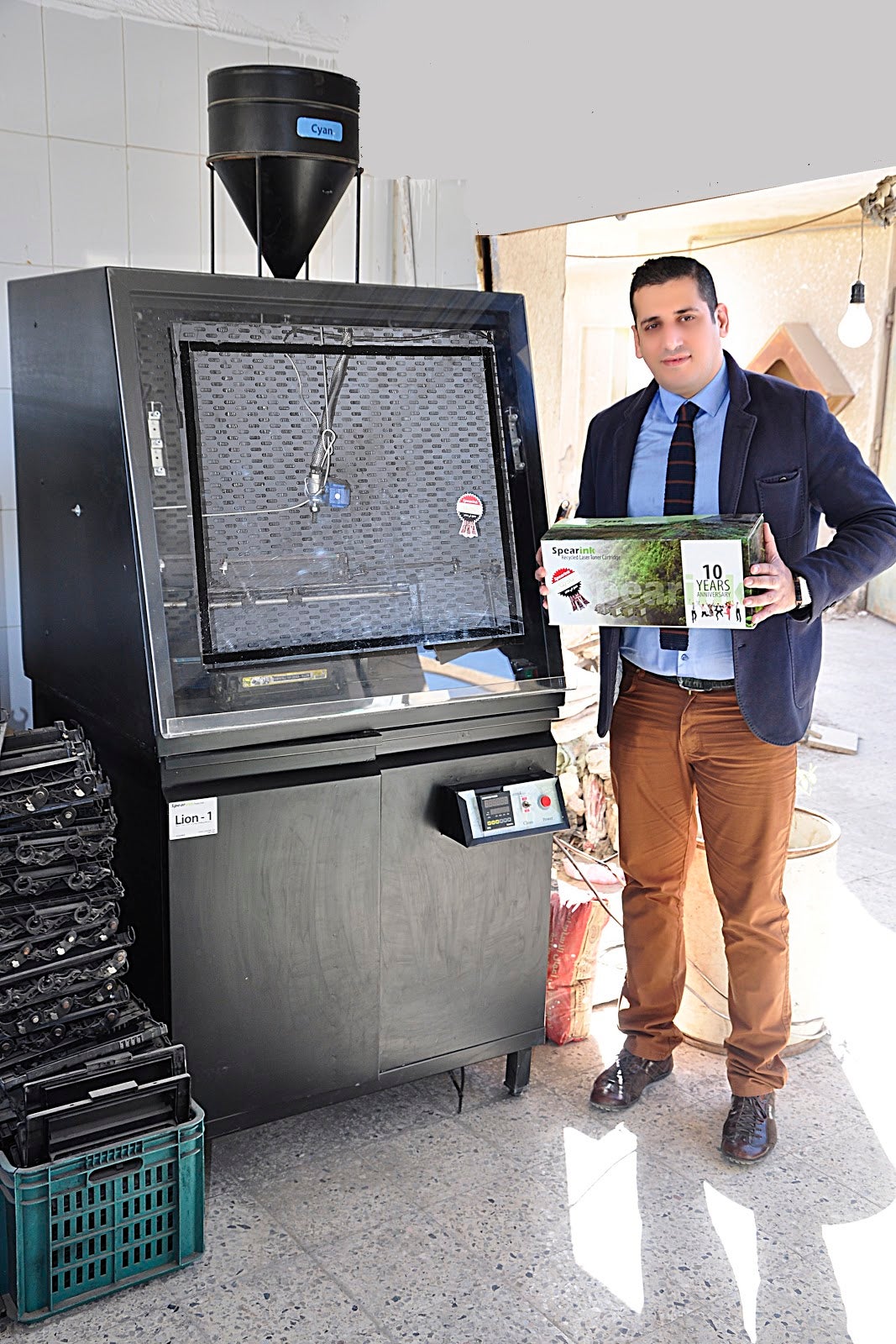 Essam Hashim with his shredding machine and a pile of laptops.Image via Essam Hashim.

When Egyptian serial entrepreneur Essam Hashim wanted to bring electronic waste recycling technology to his country, he was shocked when he learned that such machines cannot be imported from the US to Egypt. This was part of the central bank's strategy to decrease the importation of goods by a staggering US$20 billion.

Hashim's only alternative was to develop a similar product himself, or wait until the ban was lifted. A year later, he had developed a shredding machine that breaks down electronics into pieces. "I'm working on developing a technology that can shred e-waste and then let them pre-processed locally through our machines for recycling and metal extraction," says Hashim.

Electronic recycling is the recycling of waste of electronic and electric equipment (WEEE). It's among the fastest growing waste stream in solid waste. It is known to boost local recycling industries and, on a larger scale, help the economy by producing valuable metals and reducing the need for importing them. Hashim was quite aware of these advantages when he built his machine in Cairo, and he's now preparing to take his product to the UAE.

Before all his grand schemes could materialize, Hashim needed a way to measure the e-waste produced. The breaking and dismantling of the electronics products brought in a lot of materials, some of them quite expensive. The answer came through a friendly interactive app called Dr. WEEE (Waste of Electrical and Electronic Equipment) that matches users with cars and record the numbers of waste dumped. Also every company partnering with Dr. WEEE will receive an e-waste collection box with its own brand printed. 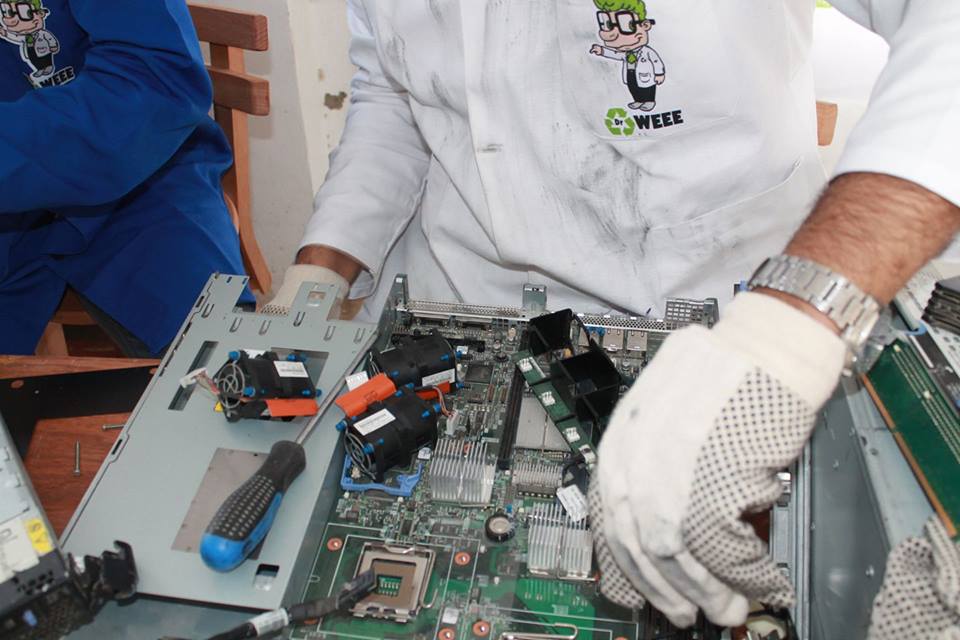 A closer look at the metal extraction.Image via Essam Hashim.

Hashim has approached several governmental entities and others from the private sectors with the offer of partnerships. However, he refused to disclose the nature of these partnerships, simply saying, "My fieldwork is largely supported by environmental and industrial entities of the government of Egypt, which had begun to consider local e-waste recycling more seriously."

What about investment? Hashim had not received any local or regional investments yet. He has so far self-funded EGP500,0000 (almost US$32,000) from his own pocket for product and app development as well as market research. "I did not and won't pursue the chance for investments before proving the practical value of my project," he said. "I'd rather wait so my focus doesn't shift to attracting investors."

And his current goal? Hashim is now looking to franchise his app in the African and the Indian markets, given that he has already signed his first franchising contract with an Indian businessman. "I've launched my company in Cairo and Alexandria in March 2017, and I will launch it in Emirates the next three months, then will enter the Indian market, as it's the biggest worldwide known in terms of e-waste opportunities, just like China." he said.