It may be one of the largest value fashion brands in the Middle East today, but back in 2004, Max was just another startup (albeit from the stable of the Landmark Group conglomerate), trying to make inroads into what was then a relatively untouched market in the retail space of the region. Ramanathan Hariharan, CEO, Max, recalls how he and his team looked into the growing influence of value fashion retailers in Western markets, and wanting to replicate that success for their brand in the Middle East. "We realized that value fashion retailers are slowly carving out a niche in the market, and becoming stronger in their positioning and their offers to the customers," he remembers. "That inspired us to say that if the value fashion segment is becoming more important, or if it's trying to create its own niche in the retail landscape and taking a certain share of the fashion market, we realized that it's important for us in this market to also play the game as Landmark Group and not be left out, in a manner [of speaking]."

The market segment that Max was targeting was a pretty specific one- the brand's consumer of choice lay in between those who shopped at mainstream retailers, and those who shopped at discount stores. "We felt that there's a clear space in between the high-street retailers and the discounters, and that's how we started researching more and more into the value fashion segment," Hariharan says. "Our research made clear to us that, yes, we can create a niche in the market, and that we can create a sizeable business and scale [it up further], just by targeting that value fashion segment. Our positioning was always that we are going to be a value fashion brand: customers who shop with high street retailers, we wanted to offer them value, and customers who shop with discount retailers, we wanted to offer them the aspiration, so that they could move up to value fashion." This principle served as the basis behind decisions on where Max stores would actually be situated- their locations were carefully plotted to be next to, you guessed it, high street and discount retailers. 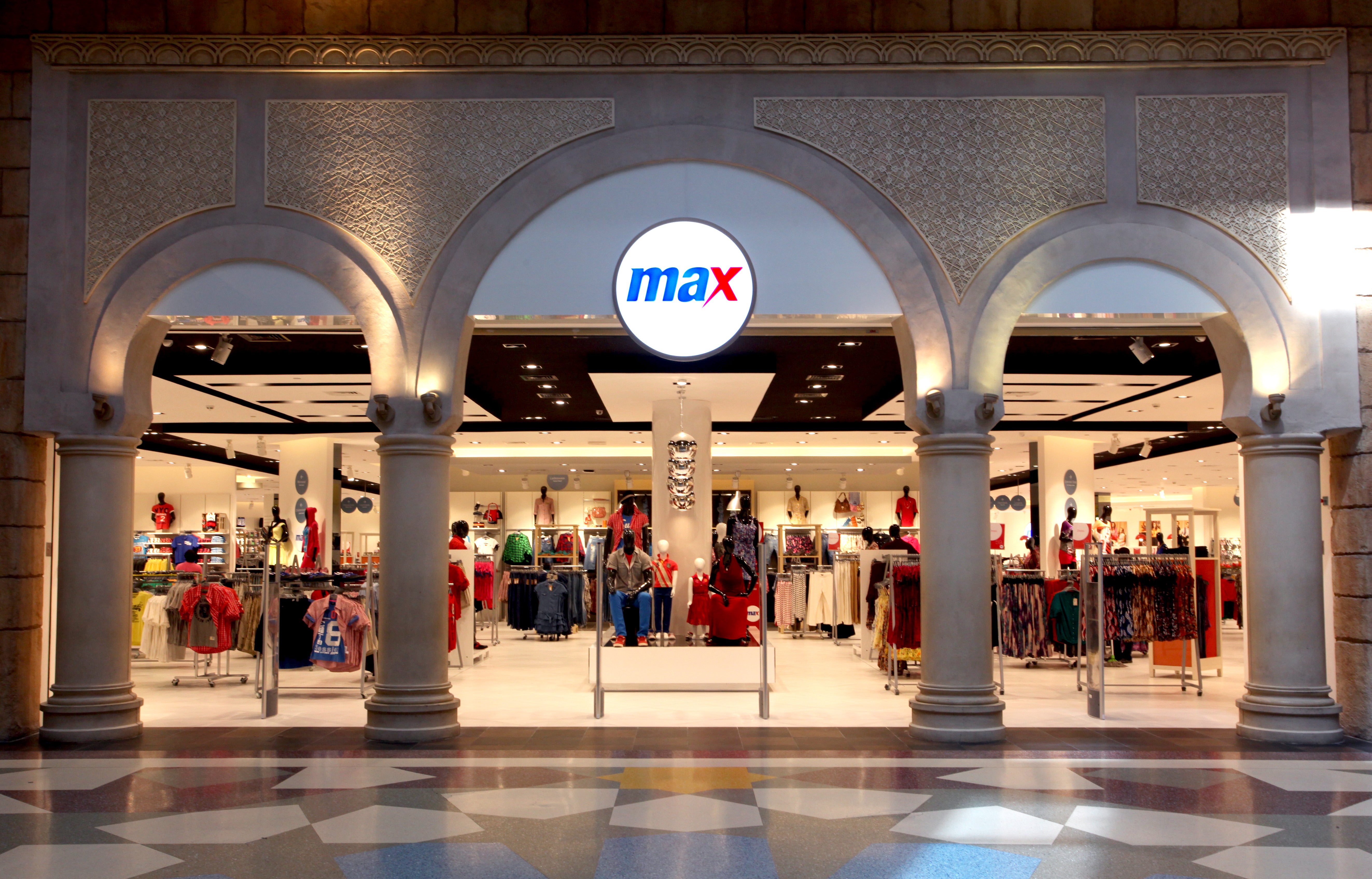 "I think, in terms of strategy, positioning and where to put the stores, all of that was fairly well researched and thought out," Hariharan says. "But of course, the final piece is the execution." To the brand's credit though, Max didn't falter on this front- Hariharan and his team were keen on ensuring that every customer who visits a Max store were offered high-quality products in a pleasant, seamless environment. With this aim in mind, a decision was made to have all products at Max branded with the Max name- customers weren't going to have disjointed experiences at these stores. All products Max sold had to thus meet high quality standards- this meant that Max's suppliers and vendors had to be carefully chosen to ensure adherence to the requisite criterion. Similarly, no effort was spared in ensuring Max's consumers got to shop in a pleasant setting- Hariharan says that he and his team didn't want to "bring down" the experience people had in their stores: "We said we'd try to give them as rewarding and enjoyable an experience as they would possibly enjoy with a mainstream retailer."

This attention to detail, be it in terms of the desired customer experience or the quality of the products Max was selling, may seem like quite a basic principle that all retailers should follow- but realizing such a vision, especially when you are a newcomer to the business, is a lot easier said than done. After all, it must be remembered that Max was essentially a startup when all of these plans and visions were being drafted, and Hariharan is candid enough to admit that finding suppliers and vendors for Max at that point in time was indeed a rather tough proposition. "Initially, our biggest challenge was one of volume," he says. "Because when you go to a factory [that would be a potential supplier], they'd have to run their machines and everything for you, and they normally can only run it only if there's a certain volume. We didn't have as many stores as some of the other brands, and so, we didn't even have the minimum to try and source the products."

So how did Max get past this hurdle? "When you're a startup, it means you have to engage with your suppliers, give them the vision of where you want to go, and how you can help them to start and grow along with you," Hariharan replies. "One of the things that we used to always talk to our vendors about was that most of them were only servicing the European and U.S. markets- they never had exposure in the Middle East. So we would introduce the Middle Eastern market, and tell them how emerging it is, how important it is for them to have an account here, to start off business with us. We also had the benefit of being part of the Landmark Group, which had more than 20 years of history to showcase. So we told the vendors: Max may be a nascent brand, but given the backing of Landmark Group and the way Max had been conceptualized and positioned in the marketplace, it could grow in the next 10 years, and the vendors would be our partners in this growth." 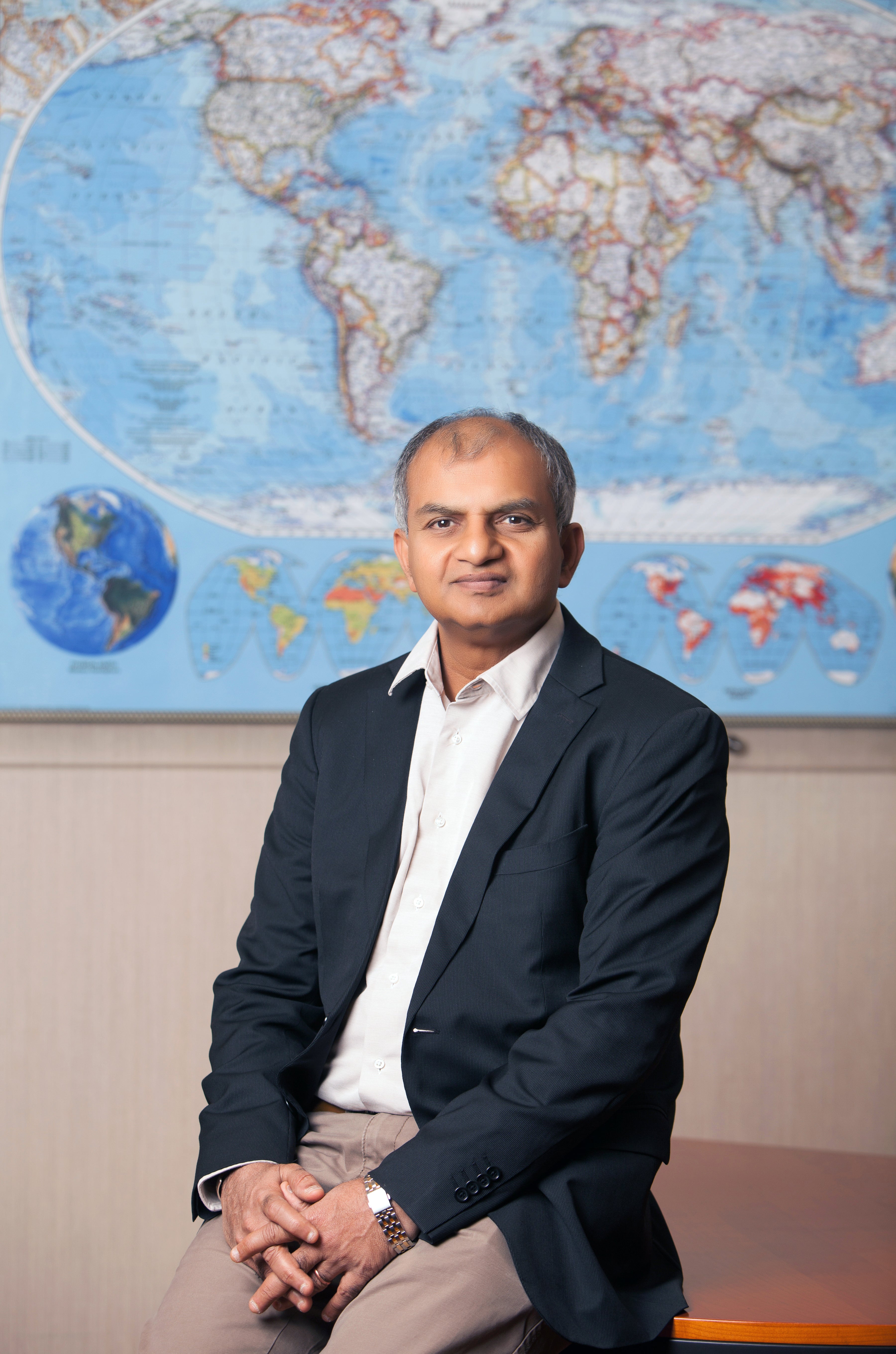 Sure, Hariharan's pitch was a compelling one, but that is not to say that it convinced suppliers to line up by the dozen to partner with Max at that point of time. "Of course, many guys will not accept you; they will say we don't have time for you," he admits. "But for every 10 guys that say no, there will be that one guy who will say okay, and is willing to invest with you and service you, in the hope that they will be one of your key vendors over a period of time." With such partners on board and a carefully thought-out strategy that was both marketed and executed well, Max soon saw its fortunes scale up in the market- today, the company has over 300 stores spread across 16 countries around the world. With more than 7000 people employed across its network, Max now has a reported turnover in excess of US$1.2 billion, and aims to have it reach $3 billion in the next five years.

Max is also evolving with the times, and is moving beyond its brick-andmortar stores- the brand recently announced its entry into the e-commerce space by launching the sale of its products on landmarkshops.com. "We want to enrich the shopping experience of customers by providing them with an online platform," Hariharan says, noting that the ultimate aim is to provide consumers with "a seamless way of shopping between the online and offline" versions of Max. "This is only the start of the journey," he explains. "The interface between online and offline shopping will get more and more integrated." But while Max develops its digital footprint, and at the same time, sees further growth in its business (besides its India operations, which was launched almost in tandem with its Middle East arm, the company is now making inroads into the African continent), the brand remains steadfastly true to its value fashion ethos- customers shopping at Max can remain assured of looking good, and feeling good as well.