Tribal Credit, a business credit card designed for SMEs and startups in emerging markets, has raised US$5.5 million in a seed round.

Tribal Credit, a business credit card designed for SMEs and startups in emerging markets, has raised US$5.5 million in a seed round led by BECO Capital and Global Ventures, and backed by Endure Capital, 500 Startups, Valve VC, AR Ventures, Off The Grid Ventures, Rising Tide Fund, RiseUp, and Tribe Capital.

Founded by Amr Shady, Duane Good, Bill Crawley, Mark Graves and Mohamed Elkasstawi, the co-founders came up with the idea for Tribal Credit from Shady's research with Prasant Sudhakaran, and Hariraj Jayakumar at New York University's master of science program in business analytics, wherein they used AI and machine learning to analyze the startup economy. They noticed that though governments are investing in the startup and SME ecosystems, the infrastructure for banking and financial services for a businessfriendly economy doesn't exist.

"Traditional banks don't understand the startup economy," says Shady, who's the CEO of Tribal Credit. "All existing processes, interfaces and underwriting methods don't work well with this new economy." With this in mind, using their research, the co-founders started working with various players in the market, including financial institutions in US that provide services specially catered to startups. The team soon realized that startups in emerging markets were especially disadvantaged, with Shady noting, "A huge gap exists between the financial services offered in those countries, and what startups really need." 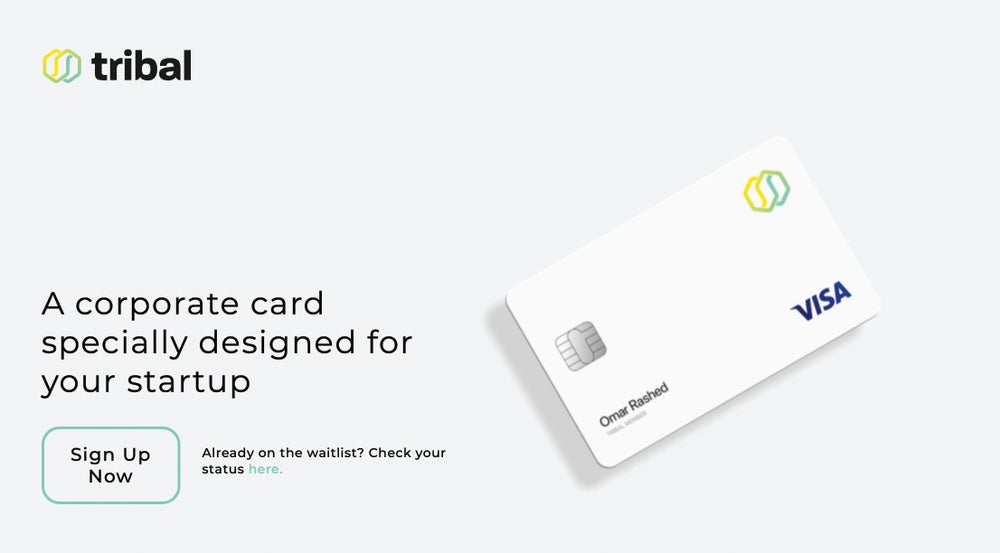 The startup is in private beta mode and is still yet to officially launch, with its team mainly based in San Francisco, and remote teams working in Cairo, Dubai, and New York. The founding team consists of serial entrepreneurs, data scientists, and fintech execs who have had experiences in banking, risk and compliance, regulations, and scaling in emerging markets. Shady points out that the startup's main advantage in the market is its proprietary AI algorithm, which they originally conceived based off their research and time at NYU.

"We provide a service that gives startups more control and transparency over their spend," he notes. "Startups gain more control through issuing an unlimited number of virtual corporate cards to their employees, and setting spending limits and instant ability to suspend cards." Using AI-driven analytics, startups can also analyze their spend and expenditure patterns, providing transparency and insights on how to control their spending costs.

As for the year ahead (and with the newly acquired capital), the startup is now gearing up to scale and explore partnerships, while also expanding their teams in development, sales, and operations. As such, the road ahead does look bright for Tribal Credit- here's hoping.