By Kareem Chehayeb
August 11, 2015
Opinions expressed by Entrepreneur contributors are their own.
You're reading Entrepreneur Middle East, an international franchise of Entrepreneur Media.

Social entrepreneurship is booming globally, and the MENA region is no exception, especially in the UAE. When it comes to this GCC-based social enterprise, it's safe to say that co-founders Natasha and Martin Rockstrom are inspired by generosity and spreading happiness, all through an online gifting platform called Injoy Giving.

The concept behind Injoy Giving is a simple one. For every online purchase made on the site, whether it's a free coffee for a friend as a random act of kindness, or a day at the spa as an anniversary gift for your sister, the enterprise will donate a part of the profit to the United Nations World Food Program (WFP) to provide nutritious meals for children. "We are committed to donating a quarter of a million school meals through the United Nations WFP, and every gift sent through Injoy Giving is contributing to that social impact," Natasha says. "Even by gifting a cup of coffee, it's enough to feed a child for a day. Every gift has a charity donation, and the story of that impact is shared by the giver and receiver of the gift. Together we are contributing to changing lives." 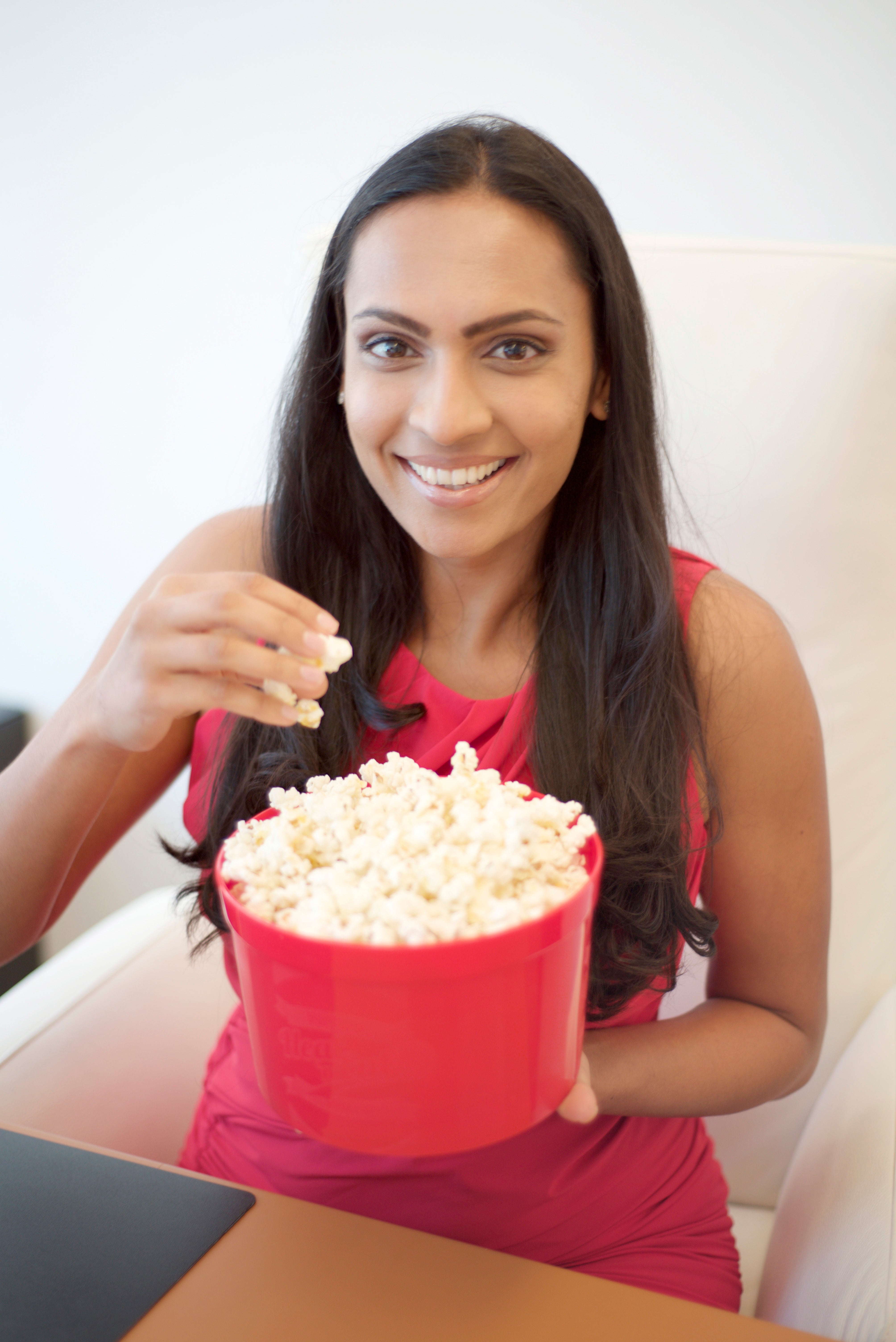 So what inspired them to develop this sort of social enterprise? It all started with a social experiment that they conducted in Stockholm with elementary school students and several EMBA colleagues. After selling t-shirts to raise money to buy bananas, they were then on the streets to sell the fruits they had bought. But here's the catch: to buy a banana, you had to pay for it with a hug. They sold 1,200 bananas, thus giving out 1,200 hugs- the co-founders were ecstatic by what they saw, concluding that the act of giving "created happiness value for both the giver and the receiver."

According to the co-founders, Injoy Giving is an ongoing developmental process. It started with "small social experiments in practicing generosity," which helped them map out their concept of how they can brand and promote happiness and generosity. It also paved the way to the tech and profit side of things, which they believe were easily weaved into the foundation of Injoy Giving. Everything revolved around happiness- even the development of the tech side of Injoy Giving, which took them two years. "We looked at [a] user's energy signatures and asked ourselves how do we measure happiness? What is the essence of being happy or inspired?" with the goal of making sure that the user experience kept improving.

Given that lots of time was consumed in developing Injoy Giving, how capital intensive was setting up the enterprise? Even though they required less capital than, say, a financial startup, the co-founders admit that "finding socially conscious capital was the challenge." Natasha and Martin Rostrom stuck to their guns as being a "triple bottom line business," where they measured their value creation in terms of financial, human, and social metrics. They made sure their capital came from someone with a similar "humanitarian-based perspec- tive," and they did manage to successfully find one: the co-founders say that Injoy Giving has received investment from a private Dubai-based investor who is "committed" to the social enterprise. In addition, covering costs for Injoy Giving hasn't been a huge problem. With a small team of only seven, the co-founders proudly mention that some of them volunteer pro bono.

Let's get to the part most of us have probably been waiting for: the gifts. Injoy Giving's partners consist of a wide array of brands, including Riva Beach Club, Sophie's, Zoga Yoga Studio, FAST Athletic Training, and more. Despite the different brands, all their partners have one common denominator: they are "experience gifts." The purchaser can make things personal with a message, and pay directly via their credit card through Injoy Giving's payment gateway. 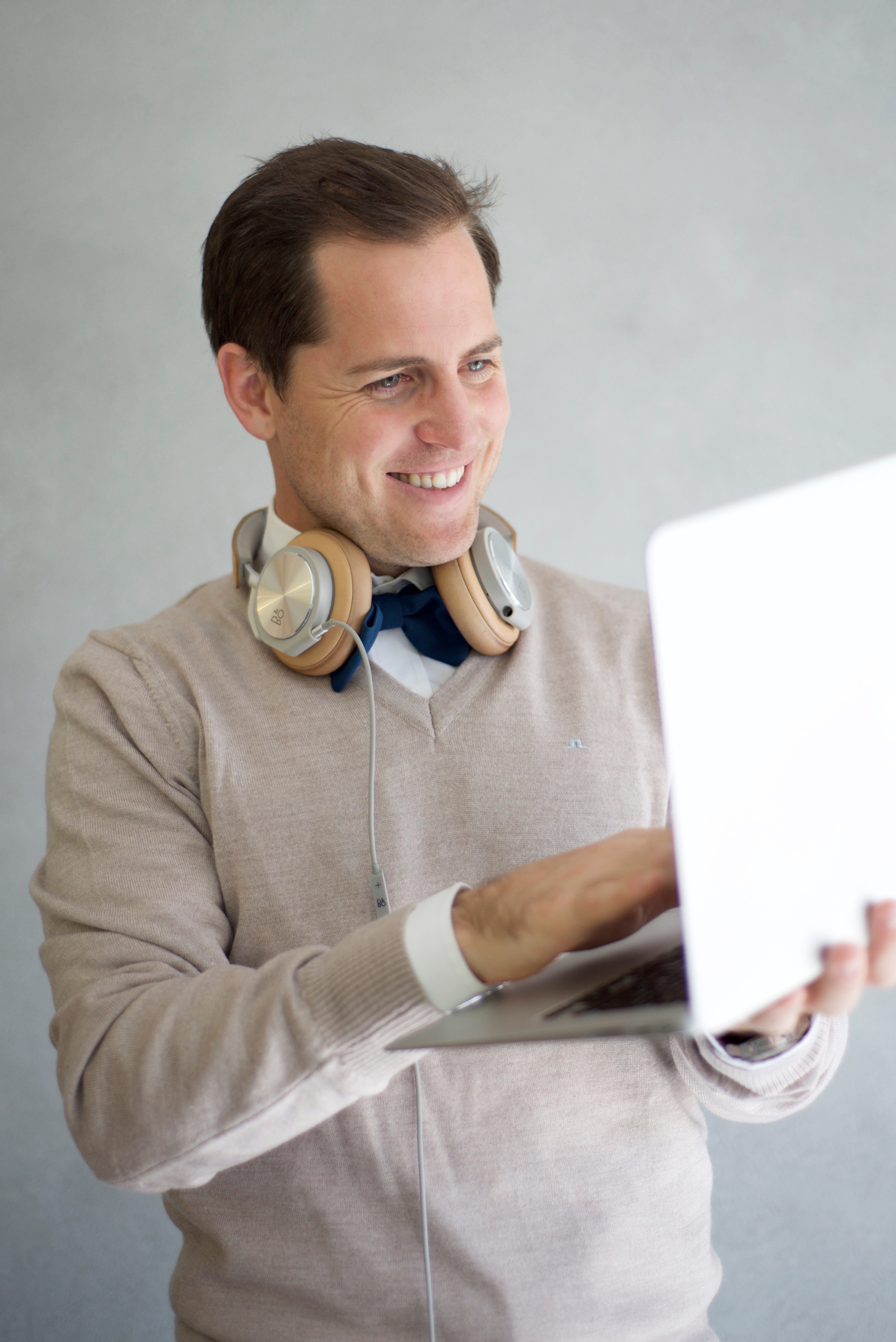 Working on Injoy Giving's marketing strategy is where Natasha and Martin Rockstrom claim to have the most fun, where the drive is to bring in more customers as well as business partners. For the for- mer, "we focus on delivering engaging content to our users that is real and authentic," highlighting their personal and responsive approach when it comes to generating content and interaction. Social media is "key" to both Natasha and Martin Rockstrom. They both believe that Facebook is the ideal platform, providing the most flexibility. With respect to getting more business partners, rather than dabbling in discounts and special deals, Injoy Giving uses their core principles as a way to bring in partners who want to grow and fortify their brand image. The receiver is notified via SMS and email, and can use either to redeem their gift. So far, their most popular gifts have been their "food and spa" gifts- it's easy to see why: who wouldn't want to enjoy a five-course meal or a day at the spa? The list of partner brands is expected to pile up soon, with the co-founders claiming that there's been an "increase in brands that are interested to partner with us and use generosity as a strategy to grow their business." 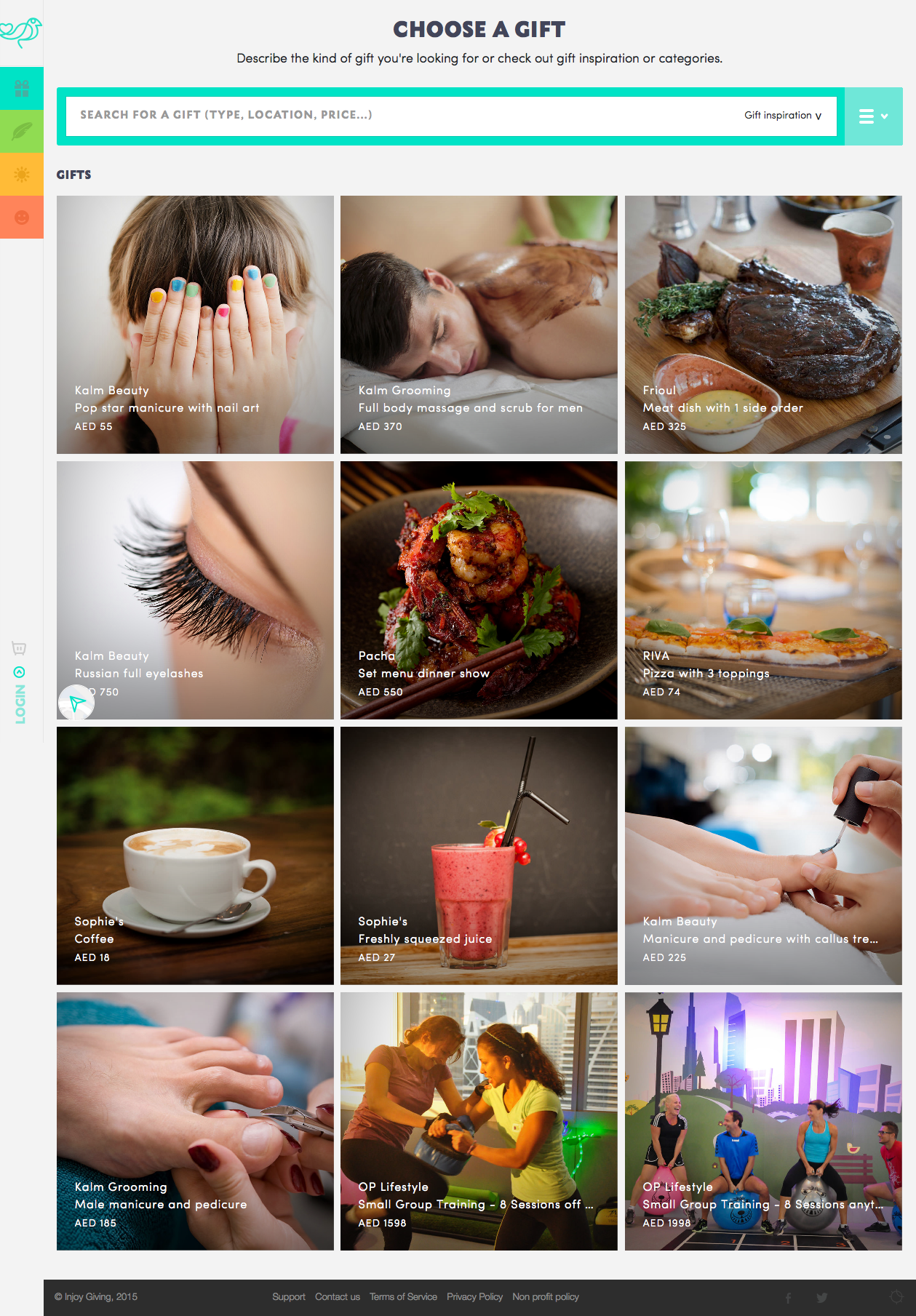 So what's next for Injoy Giving and their cause to spread happiness and generosity? Quite a bit, actually. While improving their website as much as possible and bringing in more brands is a priority, the co-founders are also working on bringing in an "in-person offline generosity experience" through community events that they've been planning to start this fall. There are also mobile apps being developed for iOS and Android devices. Having put together Injoy Giving by themselves, do they have any words of advice for their fellow peers in the field? The Rockstroms recommend discovering your own "human purpose" and have that as the center of your business mission. But how does one go about finding one's purpose? "You know it's your purpose when you are willing to pursue it without the paycheck, without credit, and at every opportunity you get," the co- founders reply. "When your purpose aligns with delivering value for the greater good, you find an energy that keeps you going in any circumstance, and your work will find new ways to blossom that you never knew possible when you took that first step."