blueground uses technology to connect executives, expats, and other travelers with fully furnished apartments for mid- to long-term stays.

As a consultant with a top-tier consulting firm for over seven years (and a frequent business traveler as a result), blueground co-founder and CEO Alexandros Chatzielftheriou lived out of hotels in Europe, Africa and Asia, for stretches of 1-12 months at a time for five years. Based on this experience, when Chatzielftheriou decided to turn entrepreneur, he launched a hospitality startup blueground that uses technology to connect executives, expats, and other travelers with fully furnished apartments for mid- to long-term stays, and simultaneously makes it easy for property owners to rent their spaces to such customers. Further, the company goes beyond being just an aggregator, and undertakes interior design, furnishing, and property management services to ensure properties on offer are tastefully decorated as well.

Since its launch in April 2013, blueground has hosted "thousands of professionals" globally, making corporate business trips and relocations an easy experience, and counts Coca-Cola, H&M, Panasonic, Novo Nordisk, LG and IKEA as some of its clients. The startup says more than 400 owners have trusted them with their properties, and at the same time, it has had an enviable and steady record when it comes to raising external funds.

The startup closed pre-seed funding in April 2015, raising approximately US$260,000 from angel investors and National Bank of Greece's seed fund; raised a $1.5 million seed round led by the European fund VentureFriends in January 2016, and most recently, in April 2017, raised an additional $5.8 million in a Series A funding, again led by VentureFriends, along with the participation of Endeavor Catalyst and Jabbar Internet group. 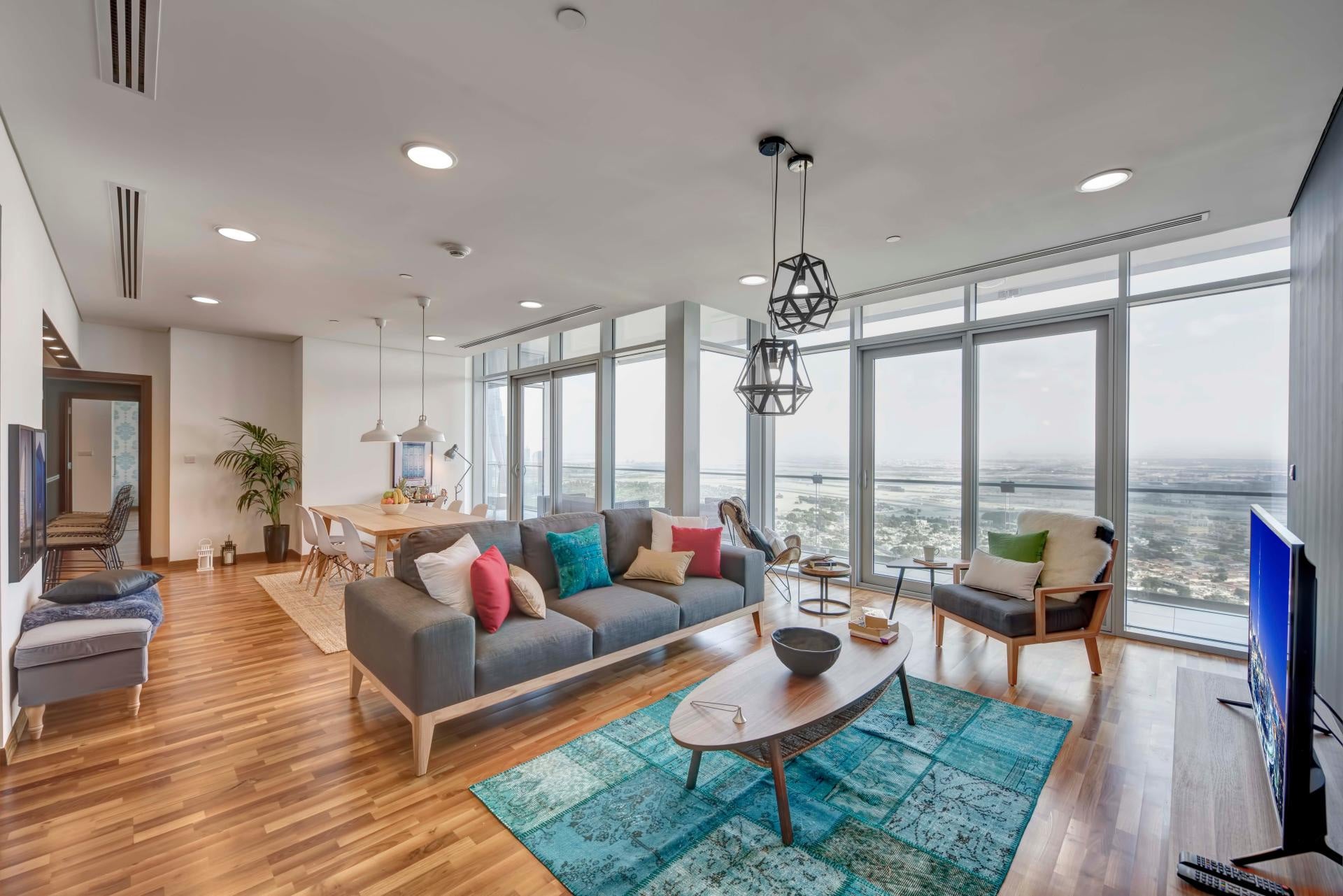 Having started operations in Greece, and now active in the UAE and Turkey, the company now plans to expand operations in Europe, Middle East and Asia. In terms of the road ahead for blueground, Chatzielftheriou says, "For the next 15-18 months specifically, we have three key milestones to deliver on: sustain the same strong growth momentum, develop further our product and technology, and expand in one more market."

Being a key global business destination, the UAE (especially Dubai) market has been a logical expansion decision for the startup. Despite policy decisions making Airbnb legal in 2016, the country's home-sharing industry continues to have stringent regulations, and nevertheless, Chatzielftheriou strongly believes in the region's growth potential. "Specifically, on the demand side, Dubai is an important business hub with a large number of expats and visiting business professionals. On the supply side, Dubai's developed real estate market, and advanced regulatory framework around residential property rentals was also a big plus for our decision to enter the market," he adds. In the nine months since it has entered the city, blueground says it has, at the time of writing, 65 active units in Dubai.

With respect to the current fundraising round, blueground says its meetings with multiple angel investors, family offices, and VC funds bore fruit as seven new investors participated in the round, along with existing investors. "We specifically targeted UAE-based investors, and are very happy that Jabbar Internet Group decided to participate in this round of fundraising, given their successful track record in investments and exits," Chatzielftheriou says. "VentureFriends and Endeavor were particularly helpful during this process, as they introduced us to many investors and, in this way, made it a lot more efficient and effective than it would have been otherwise."

What is your advice for entrepreneurs pitching their startup to investors?

"Pitches are an essential part of entrepreneurs' lives. During my four-year journey building blueground, I've raised three rounds of venture capital financing and here are some of the things I learned. [First], get ready to hear many "No's"- this should not discourage you. Through this process, try to get as much feedback as possible, so that you keep improving your pitching. Very often, there is a lack of fit between the investor's investment thesis and your business, so don't take the rejection personal. [Second], talk to as many investors as possible, but consciously invest your time to those that you see a better fit with and interest in your business. [Third], don't reach out to investors for investment until you get substantial traction either in terms of revenue or numbers of users (depending on your business model)… [Finally], make sure you know your market size and unit economics: the more clarity you have on these, the more confidence you give to the investors that you understand the key drivers of the business. If the unit economics, for example, are not there yet, it would be good to explain how you can get there."

Related: On The Fly: Four Nutrition Tips For Terminal-Weary Entrepreneurs