The co-founders started with the idea from trying to solve a problem of time for people.

Launched in May 2017 by Ali Al Matrouk, Yousef Dashti, Ahmad Buyabis, Hamad Al Fadhli, Ahmad Al Mazidi and Abdulaziz Al Homaidhi, Tons is a grocery mobile application for residents in Kuwait. The co-founders started with the idea from trying to solve a problem of time for people. "Grocery shopping takes time, some people enjoy it, and others don't, so we were trying to give back [time] to working professionals who do not have time for chores such as grocery," says Al Matrouk, who serves as the startup's Managing Director.

Throughout the venture, Al Matrouk says they had a couple of targets. First, they started recruiting the founding team in January 2015 and added another recruit in January 2016. Next was getting funding, which they did internally with partners and in September 2016, Tons received an undisclosed funding capital from the Industrial Bank of Kuwait. They closed two other rounds in December 2017 and 2018, which increased their stores to three.

Achieving their targets wasn't easy, says Al Matrouk. They hired their team through referrals and contacts, and after meeting them, they tell their vision and see their interest about the venture and its prospects. He also called the fundraising process a challenge as the procedure was lengthy and required significant paperwork, and this is where he commends their team. "We believe that we have a solid team that wants to make a difference in the region and all of them care of the work they produce." He adds, "Our team doesn't push anything that they don't believe in so I think that's a strong competitive edge."

Initially when the team did a survey in 2015, they found that most people ("around 80%") wouldn't shop for their groceries online. "If we listened to them, we wouldn't be here today. We knew that online grocery would grow, so we believed in the prospects of the market." Within three years of R&D and execution, Al Matrouk calls their feedback as decent considering the concept of online grocery was relatively new then. Through constant iteration of the app and the business' operations model, they reached a level where customer experience is good. Currently, the startup has around six stores in their system, with more in the pipeline.

As for their future agenda, Al Matrouk says they plan to complete their executive management team as they're still missing some critical functions. Besides improving their customer experience, they also plan to improve their marketing efforts and identify the second market they're launching in within GCC. 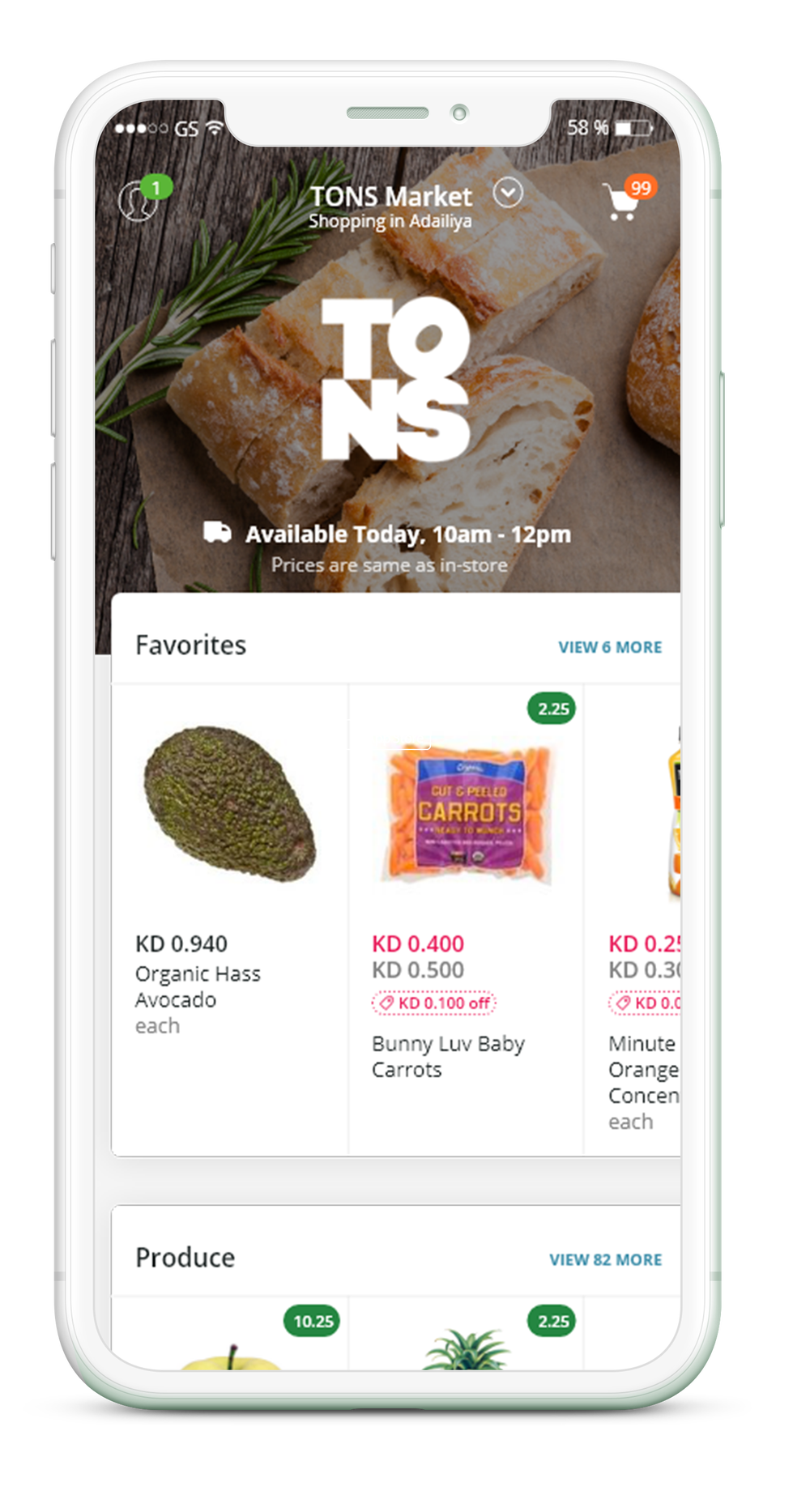 Excerpts from a conversation with Ali Al Matrouk, co-founder and Managing Director, Tons:

What are the three main pillars of the profit model of your business? How has that changed over time?

The main pillars are product margin and delivery fee at the moment. However, we are targeting other profit/revenue streams but we cannot disclose these at the moment.

What has been the most negative feedback on your services that you have received, and how did you go about it?

The most negative part of our service is the lack of inventory synchronization between our system and the supermarkets we deal with. This is a very hard problem, where people order items and they are not in stock. We haven't solved it yet and we are getting negative feedback from customers, we tried educating customers about it- where we try to explain to them that not every item you need you'll find all the time in the store. However, this is a problem that we are trying to address, and we are quite close to integrating our system with one of the supermarkets. 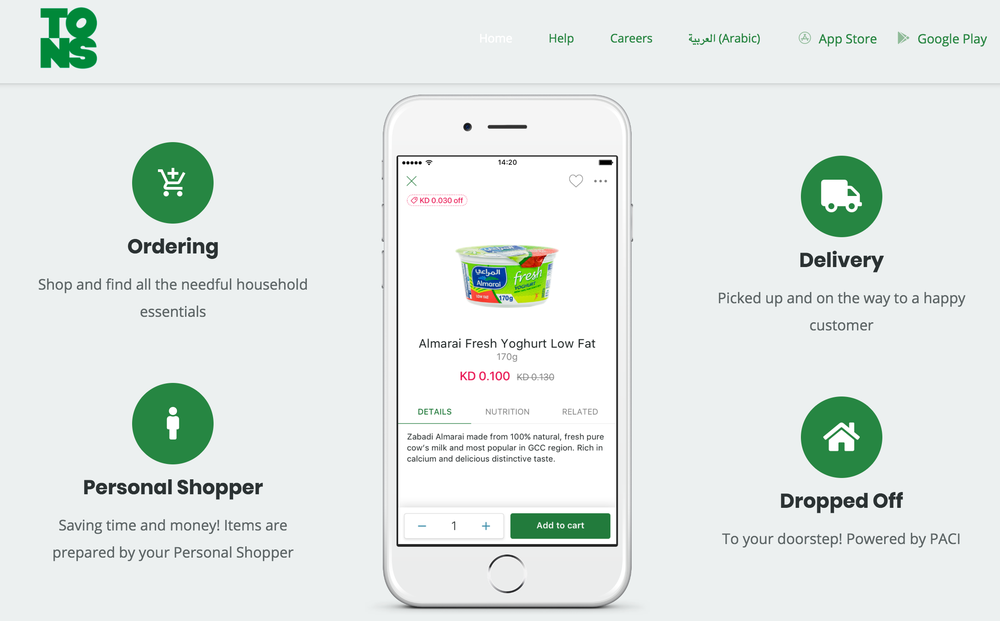 What are some of the main considerations that entrepreneurs should keep when starting up a business in Kuwait and why?

First thing is getting the right team on board and this is not easy in Kuwait since getting talents in certain specialties is quite difficult. The team is going to make or break the venture so you have to get the right team. Entrepreneurs should look for people who will complement their skills and help them achieve their goals faster. Another thing is raising adequate capital and spending it very carefully. You don't want to be in a situation where you don't have enough cash and you don't want to deal with the stress of not having enough money to fund your operations. It is stressful, believe me. The last thing is you should partner with the right people and you have to make sure that your visions are aligned. We've seen several partnerships collapse because of unhealthy disagreements.

Lastly, what are some of the opportunities that you see available in the Kuwaiti market today and what would be your advice to aspiring entrepreneurs?

I don't have anything in particular in mind; however, I would focus on ventures with relatively light operations that can scale regionally easily. Our business is operationally heavy so in a future venture I would start a business with developers primarily and scale it digitally without the need of labor-intensive activities. I advise aspiring entrepreneurs to be confident that entrepreneurship is for them. It is a fun journey but it is quite painful and entrepreneurs have to persevere. They'll encounter many obstacles and set-backs so they have to be ready to deal with them and they shouldn't lose hope that there is light at the end of the tunnel. It's a painful journey but the results are worth it for those who handle the struggle and persevere.

Related: All Set For Growth: The E-Commerce Landscape In The Middle East