From education, to jewelry and even 3D printed offices, 3D printing has placed its footing in various industries.

From education, to jewelry and even 3D printed offices, 3D printing has placed its footing in various industries. Last year, Forbes reported that according to the Wohlers Report 2016, the additive manufacturing industry (otherwise known as 3D printing) grew 25.9% (CAGR - Corporate Annual Growth Rate) to US$5.165 billion in 2015, with previous CAGR for the past three years as 33.8%. There is thus a definite market value for 3D printing, and Mohamed Elawad, founder of Medativ, aims to now apply it as a medical solution in the MENA region.

Elawad's interest in medical 3D printing was sparked after reading an article about the Open Hand Project, a UK based initiative focused on ensuring the accessibility of prosthetics. "The project created a prosthetic hand out of 3D printed plastic parts, which were then coated in rubber. The cost of acquiring a prosthetic hand would prevent most children in need of ever acquiring a prosthetic arm, never mind the need for a new hand every year or two as the child grows. Such initiatives have the potential to change this dynamic by bringing down the cost of prosthetic hands down to tens, rather than thousands of dollars." One of the reasons why the process is cost-effective is its tech: using additive processes, it involves creating three-dimensional objects from a digital model through which each layer of material can be on top of one another, and as it's developed from a digital model, it's precise and eliminates error.

And it's this tech that excited Elawad: "a basic 3D printer can produce something with an immense impact on people's lives at a low cost. It made me realize the life changing potential the technology holds." For the next couple of years, Elawad started following developments in the space, and in October 2015, took the plunge to start a business focusing on 3D printing medical solutions, with the goal of "improving patient outcomes and making healthcare more accessible." 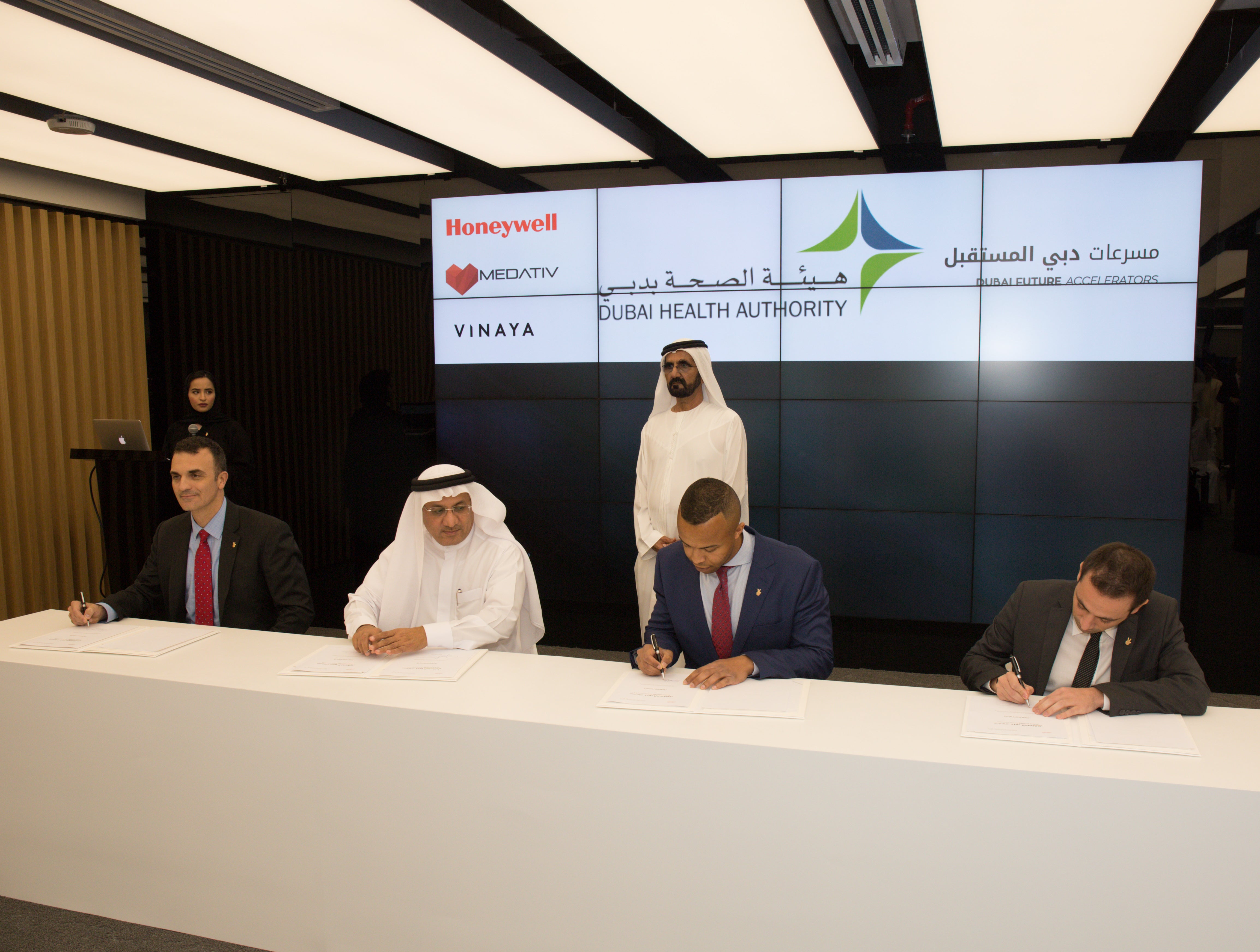 Though from the construction industry, Elawad was driven to switch career paths, and has extensive experience in the healthcare industry, particularly in mobile health. Joined by an undisclosed co-founder, whose background is in technology consulting and finance, Elawad says that they are both "passionate about leveraging technology to improve people's lives." Motivated by the tech and its potential, timing in market value, and desire to be a first mover in GCC, the duo launched the startup to develop specific 3D printed anatomical models that enable better and more costeffective patient outcomes and boost patient safety.

With operations in Boston and Dubai, Medativ has validated their value proposition in the market by providing doctors with 3D printed replicas of patients' anatomy simulated from medical imaging, usually from CT or MRI. The model specifically designed for each patient helps surgeons in depth perception and spatial awareness, providing better accuracy and calculated approach to surgery. As the models are used for planning operations, Elawad states that it has shown to reduce operating time, blood loss, exposure to radiation and contrast and fewer complications, as well as giving patients a better understanding and confidence on procedures.

Elawad gives an example of one of their recent models- a kidney tumor utilized to assist the surgeon in assessing whether the tumor was safe to remove and its best approach. It was successful, with the surgeon able to remove the tumor in an hour less than it would usually take– a better patient outcome indeed. "3D printing in medicine is not limited to [anatomical] models," Elawad asserts. "Patient specific implants, prosthetics, orthotics and bionics are also great uses. You'll be seeing a lot of 3D printed medical solutions become mainstream over the coming years. Personalized medicine requires mass customization, and that's what 3D printing is all about." 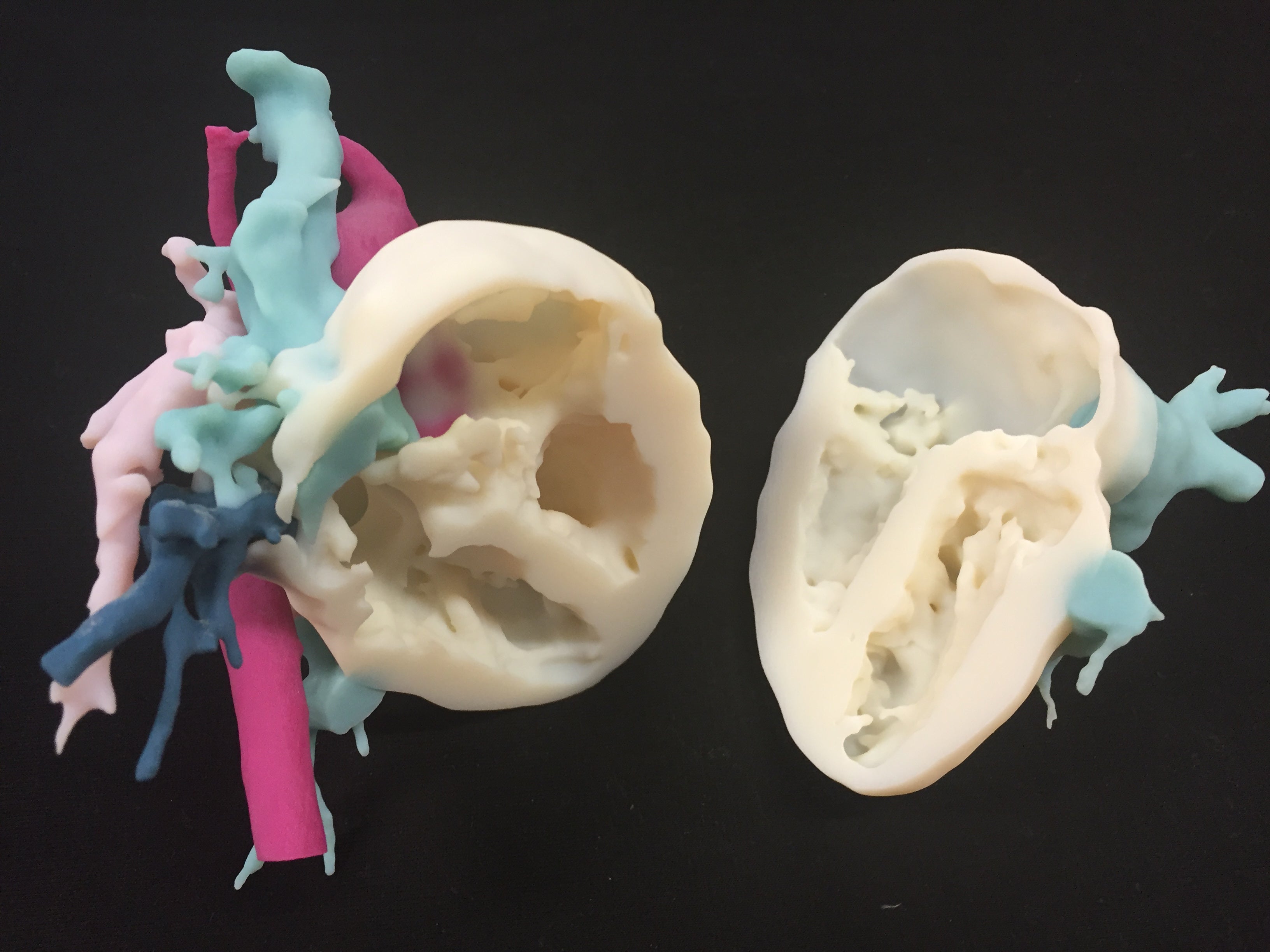 Medativ has acquired definite support- it's among the projects that have graduated from Dubai Future Accelerators' (DFA) first session of its accelerator program last August, making it one of the 19 startups to have been allocated more than AED120 million from the program as part of their collaboration with key government entities. The startup partnered with Dubai Health Authority to "identify opportunities where 3D printing and expertise can be leveraged to further advance their services."

From meeting strategic leaders and investors from various markets, Elawad remarks that the program also prompted credibility for their service, and visibility locally and internationally. He counts the experience as one that helped his growth as an entrepreneur, as well as "being around a diverse group of other like-minded people in an environment cultivated by a forward thinking government that encourages innovation reaffirmed [me] that there is a method to the madness we live [in] as entrepreneurs."

Though the feedback they received when they started was positive, creating market demand in the beginning was a hurdle they faced. Elawad recalls that when they started, most physicians haven't heard of their services so far, plus its clinical and economical benefits weren't fully quantified yet, resulting to a long buy-in timeline. He stresses the need to pursue the "right champions to be early adopters." He adds, "The key to success was to be smart about segmenting the customer base." 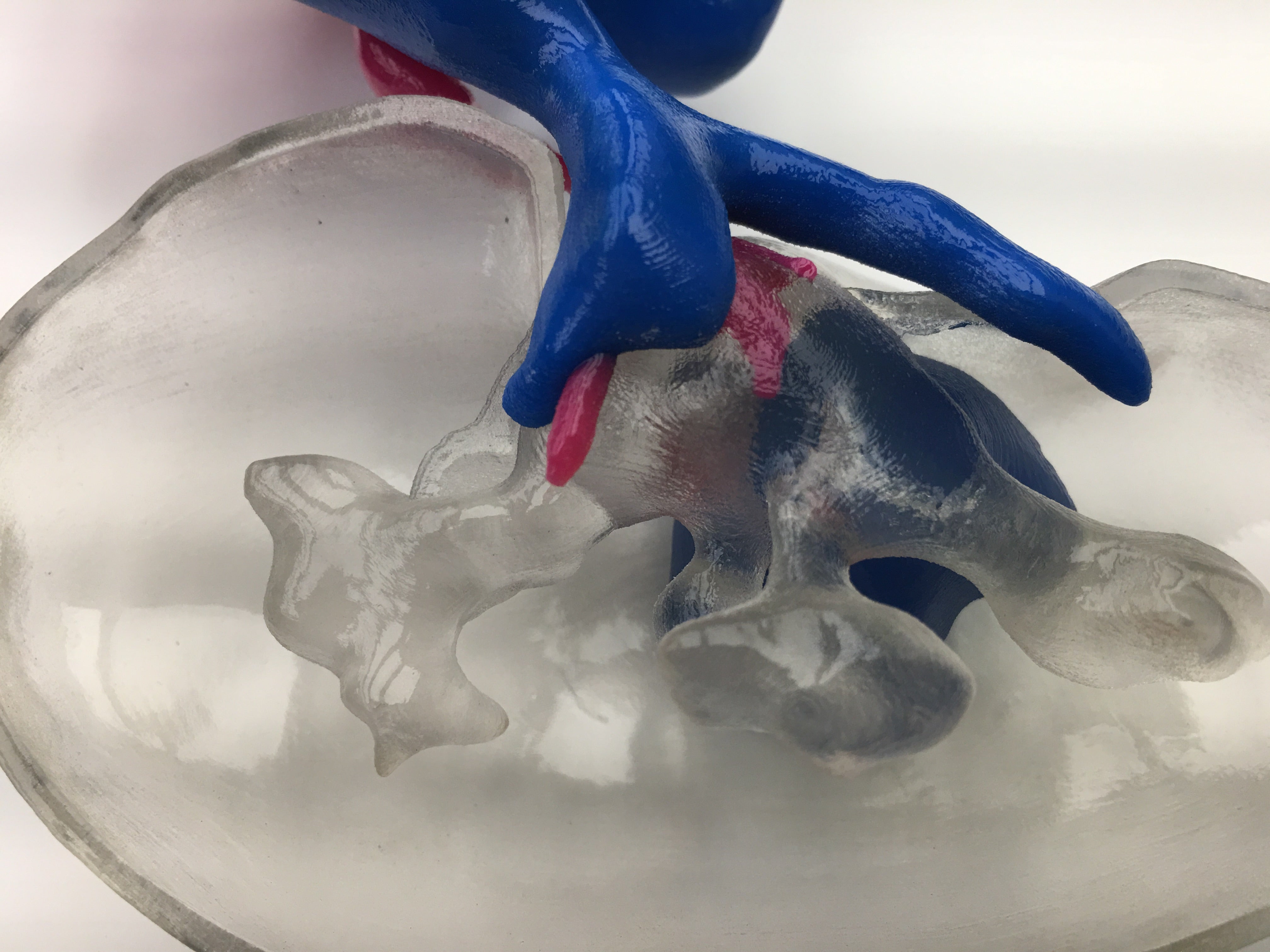 Currently, the startup is succeeding in its goal of building custom medical solutions, with customers in both the local and global marketplaces. As a self-funded business, Elawad notes that it is their dependence on their expertise, as well as approach and design that is the "cornerstones of our business model." He also adds that it was also about focusing on key clients who they could provide the most value and vice versa, in addition to customers that would in adding credibility to the business. Regarding the year ahead, Elawad comments that they plan on "delivering new solutions to the region," with a hiring round of new staff to make it happen, and we can expect to see more of them in the region, as they plan to expand to other markets outside UAE and into the wider GCC.

The future of 3D anatomical modeling is nascent, albeit exciting, and Elawad points out how the medical community is now more acquainted with the technology and grasps the clinical and economic benefits it brings, thereby increasing its level of adoption. "I'm confident it will become the norm in the near future," Elawad states. "We're always exploring new ways to solve problems and improve processes by utilizing 3D printing and other innovative technology. We stay ready, so when opportunity and timing is right, we're able to answer." 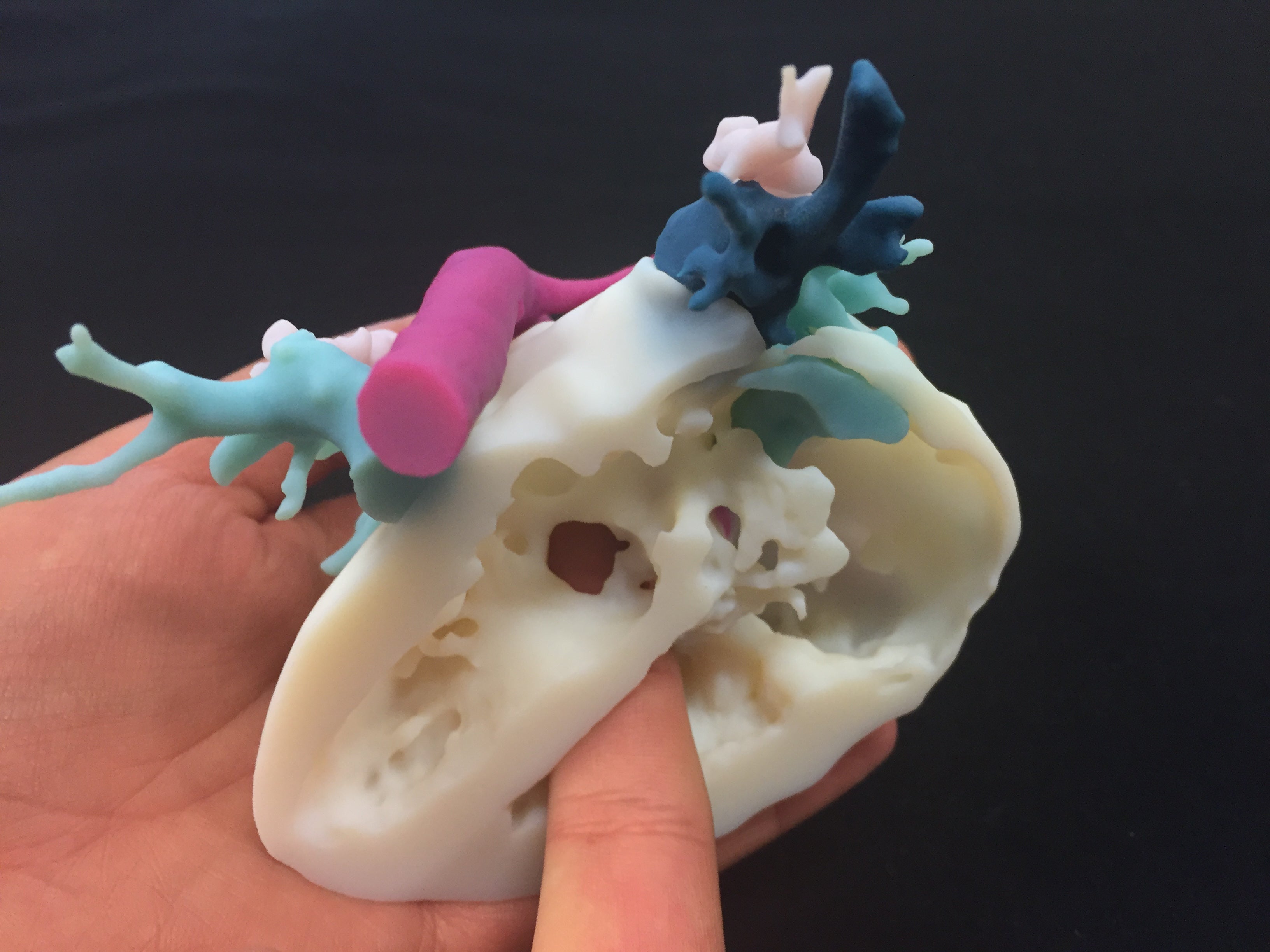 1. Bootstrap. "Spend as little as money as possible (or none if possible!). This forces you to become creative, more resourceful, and will help you last longer when you're starting up. [This is ] important, as you are never sure when consistent streams of income will start flowing in."

2. Develop a high tolerance to failure. "Resilience is probably the single most important characteristic of an entrepreneur. At some point, we wanted to just give up and say the market just isn't ready for this technology, but we persevered and carried on, and in the end, [the] light was there."

3. Validate your idea as soon as possible. "When you have something new, you may have a vague idea of what success means to you, your client and the stakeholders involved. Finding [this] out, even if on a small scale, may be of tremendous help in developing your strategy and direction."

4. Don't rush. "When you're new in the market, you may only get one shot with each client, make sure you deliver a refined product/experience, especially considering this is a relatively small market. I believe you're better off delivering late (or not at all), rather than delivering a poor product/experience."