With a vision to reduce food insecurity, carbon, and freshwater use in the MENA region's food sector (and hopefully, across the world), Red Sea Farms develops sustainable, saltwater-based agriculture systems.

By Pamella de Leon
October 5, 2021
Opinions expressed by Entrepreneur contributors are their own.
You're reading Entrepreneur Middle East, an international franchise of Entrepreneur Media.

According to UNESCO's statistics, agriculture is the largest consumer of freshwater, with it accounting for 70% of withdrawals of the resource globally. And with populations expected to increase over the next few years, so will issues for agricultural production and food security arise, especially in water-scare areas such as the MENA region. Saudi-based enterprise Red Sea Farms has a solution: make use of saltwater in agriculture.

With a vision to reduce food insecurity, carbon, and freshwater use in the MENA region's food sector (and hopefully, across the world), Red Sea Farms develops sustainable, saltwater-based agriculture systems. Established in 2018, the agtech startup uses its proprietary smart system involving solar and growth monitoring technologies to use saltwater to grow crops or reduce freshwater usage in irrigation and cool greenhouses, which also saves energy. The venture produces organic, pesticide-free tomatoes and other greens grown hydroponically in its saltwater greenhouses, and it also retrofits existing greenhouses with its patented saltwater-cooling and Coretex control system technologies. In fact, Red Sea Farms' greenhouses use just 10% freshwater, with the other 90% made up of saltwater. And besides these offerings, the enterprise also offers consulting services for saltwater and desert agriculture.

The enterprise's premise is based on the expertise of its three co-founders: Ryan Lefers, Mark Tester, and Derya Baran. Lefers, who leads the startup as the CEO, is a research scientist at King Abdullah University of Science and Technology (KAUST), and whose research is focused on replacing saltwater with freshwater in engineering systems that support agriculture in water-scarce, hot environments. Tester, the startup's Chief Science Officer, is a Professor of Plant Science and Associate Director for the Center for Desert Agriculture at KAUST, whose research is on enabling the molecular genetic mechanisms of certain plants to thrive in sub-optimal conditions, such as developing salt-tolerant crops. Baran, who is the startup's Chief Engineer, is an Associate Professor of Material Science and Engineering at KAUST, and who, prior to Red Sea Farms, was also the co-founder of iyris, a startup focused on developing sustainable energy solutions suitable for harsh climates. Following Red Sea Farms' acquisition of iyris, the latter's system has been integrated into the former's solutions, enabling the startup to have a full-tech stack, including active and passing cooling, plant science, and artificial intelligence-enabled remote monitoring and control. 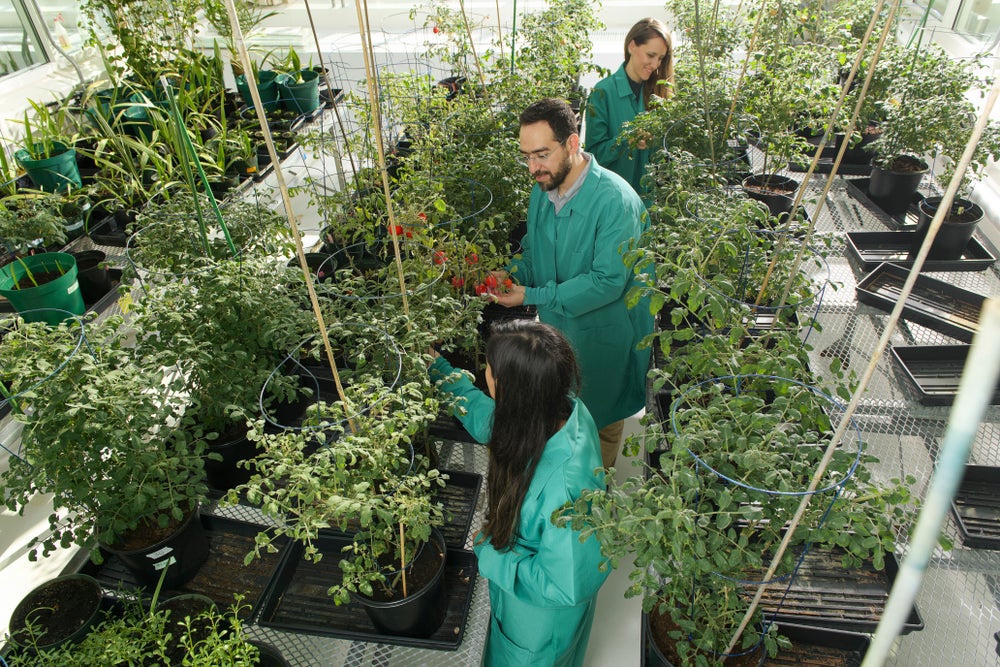 It's while working on their respective research at KAUST that the co-founders decided to team up to launch the startup, with Baran saying, "As a scientist, as well as the many hats I wear, I would say [having] the team [pushed us] to move ahead with the concept." And their combined know-how in plant science, agricultural engineering, and solar technology certainly helped. "We were such a diverse and complementary team, and I think it was sort of obvious it was going to work," she says. "It's really like-minded people attracting each other… We naturally built a very strong team." As scientists-turned-entrepreneurs, the team spent their early years on research, primarily focusing on technology validation first, and then product validation. "The region has been a perfect pilot place to realize if [the concept] makes sense," Baran says. As a Saudi Arabia-based enterprise, the country's high temperatures and scarce freshwater is the ideal ecosystem to develop and test concepts for a hot, humid environment, as well as utilize their solar technologies.

With its potential to revolutionize the future of food production in Saudi Arabia, the co-founders envision solving similar issues globally, especially for countries with similar conditions to those found in the Kingdom, including much of the GCC region, North Africa, India, Australia, and parts of the USA and Europe. In doing so, the company aims to aligns its mission with Saudi's Vision 2030, which involves prioritizing food security and reforming the Kingdom's economy by cultivating local talent in the agriculture sector. On a global scale, the team also allies its mission with the United Nations Sustainable Development Goals of achieving Zero Hunger by helping to alleviate the impacts of world hunger.

Considering its potential to solve a worldwide issue, Red Sea Farm's growth trajectory is no surprise. Initially self-funded, the team made progress in 2019 when it received a seed investment of US$1.9 million from KAUST and Research Products Development Company. The company has bagged a few awards too: in 2019, it placed third in the Misk Entrepreneurship World (an incredible feat as the enterprise competed against 100,000 startups from 187 countries), and in 2021, it was the winner of a United Nations Food Systems Summit award. In 2020, as with all businesses operating during the onset of the COVID-19 pandemic, the company faced disruptions.

Related: The Need For Innovation In The Middle East's Food Supply Chain 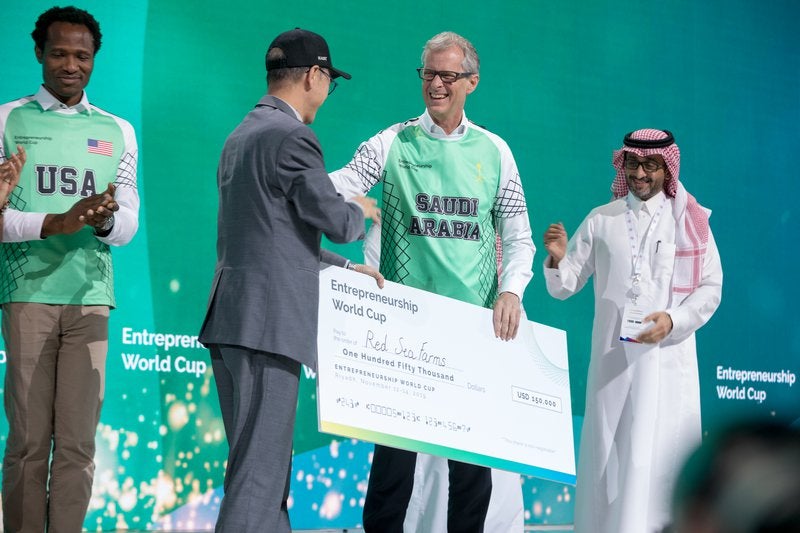 "We were hit with [the] COVID-19 crisis, but it was when we moved to our markets, actual site cases, and pilot productions," she says. "Interestingly, while it was hard for everything [in the food industry] to move globally, food security became an issue for everyone in the world, but most especially in Saudi Arabia, UAE and the rest of MENA, as they export 80% of the food. It was amazing that we were based in Saudi Arabia at the time, with all this knowledge and technology that we could utilize. That's why it was so interesting for us- we sort of benefited from that situation to make it an opportunity. We started our first pilot in the middle of the COVID-19 crisis, because people were like, "Come on, we need it, we need it quick, and as soon as possible.'"

Ignited by the new urgency, the team got to work. While Baran explains that they are still working on developing the technology stack, they've also managed to grow other organic crops such as eggplants, celery, cucumbers, bell peppers and other leafy greens, among others, though tomatoes remain their focus. "When we started our first market trials in KSA, we tried all these products, and then we got super positive feedback, but among them, cherry tomatoes and tomatoes were the most popular."

Red Sea Farms currently produce tomatoes weekly, with retail agreements with Carrefour and Tamimi Markets in Saudi Arabia. It has garnered the attention from regional and global investors too. In 2021, it closed its pre-Series A $16 million funding round, exceeding its target of $10 million, which it first raised from a group of KSA and UAE investors, including Aramco's entrepreneurship arm, Wa'ed, Future Investment Initiative Institute, KAUS, and Global Ventures. US-based investors AppHarvest and Bonaventure subsequently injected $6 million into the enterprise.

According to Baran, KAUST has played a pivotal tole in the enterprise's growth. KAUST not only allowed the trio to meet, but it also cultivated each team member's research, even prior to the startup's launch. "It's where everything was started for us," Baran says. "They've been our first investor who believed in us." From its early stage, the team was able to access mentorship opportunities, training, and workshops on various business issues from KAUST, while also getting to connect with a supportive community of entrepreneurs and industry experts.

"As a team with a lot of scientists in the beginning, they sort of educated us on the entrepreneurial side," Baran notes. "They're a nurturing place for skilled people, so they're really supportive and allows you to access other people's insights." The startup was also the first tenant in the KAUST Research and Technology Park (KRTP)'s Agro-hub, designed for research and development in all agricultural-related fields, and in 2020, its new 2,000 square saltwater greenhouse also launched at KRTP.

Having just closed an investment round, Baran says that Red Sea Farms is now planning to work with other supermarkets to expand retail agreements, as well as work on deploying its technology across KSA. In fact, the team also plans to build and retrofit more than six hectares of commercial farming operations in KSA. "Our plan is to expand further in Saudi Arabia, followed by Abu Dhabi, and then the US," Baran says. "What we want to do is plan to be technology providers in US, and we're also working on a site in the US, which will be active in 2022. We really want to focus on tomatoes at the moment, and perfect them globally." 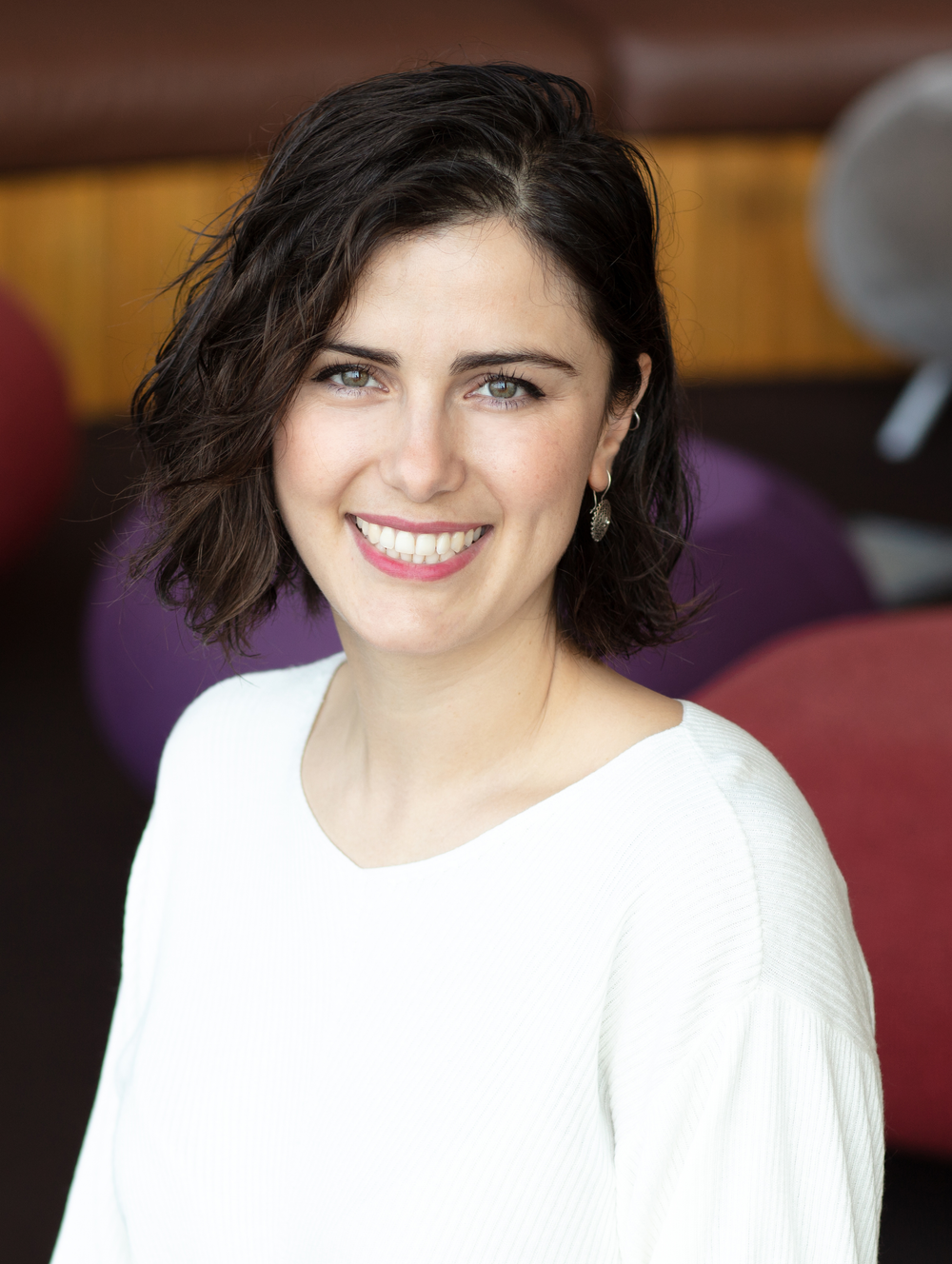 What has been your experience like as a woman in tech in the MENA region?

"It has been interesting--there haven't been a lot of role models for women in tech in the region, or they are not visible enough. It is hard to foresee a path sometimes, or what is possible. It can then be hard to find the confidence to put yourself out there. I have been fortunate to be awarded as one of MIT Technology Review's Innovators Under 35 in MENA, which exposed me to several different stakeholders and organizations, and helped me build confidence in what I am doing as an entrepreneur. I also tackled any setbacks by staying laser-focused on my work, and why it was important to me. I ultimately knew I wanted to tackle major global issues, and I could see my work having an impact on food security specifically."

What would be your advice to female entrepreneurs seeking to enter the agtech industry?

1. Don't hold back on your passion "Be resilient, and go for it 100%. No success is possible without your passion and commitment. There will always be hurdles, regardless of being a female entrepreneur or not in this journey. Do not take them personally, and work on it one by one."

2. Choose your circle well "Surround yourself with other passionate people- it is much easier to get inspired and act upon when you have people supporting you. If you don't have such an environment, it doesn't mean you cannot succeed; you can be the first one who will inspire others to follow."

3. Focus on the long-term goals "Know what you want out of your journey. Sometimes even a small and focused revolutionary idea is enough to make a big success in your life."

4. Advocate for yourself "Do not be shy to put yourself forward. We definitely need more females in tech and agtech to make this world a better place together."