By Sindhu Hariharan
July 13, 2016
Opinions expressed by Entrepreneur contributors are their own.
You're reading Entrepreneur Middle East, an international franchise of Entrepreneur Media.

A recent report by the International Renewable Energy Agency reveals that solar power is set to transform global electricity generation systems, with the share of electricity generated from solar panels estimated to reach almost 13% by 2030, from 2% in 2016. On the threshold of such an exciting era for sun power, a Saudi Arabia-based startup looks to unlock the complete potential of solar power in the region, with its solar panel cleaning solution.

NOMADD Desert Solar Solutions has built NOMADD: NO-water Mechanical Automated Dusting Device, a patent- pending, fully-automated mechanical system that cleans dust from the surface of solar panels without causing damages and without use of water. As per NOMADD's website, the company is "a local solution, designed to suit local conditions, to solve a local problem," and wishes to put an end to the manual cleaning of solar panels by human labor, post regular occurrences such as sand storms. Developed at King Abdullah University of Science and Technology (KAUST) by founder and CTO Georg Eitelhuber and his team, NOMADD obtained its seed funding from KAUST, and has also been supported by KAUST's legal teams for its IP protection, and now more recently in June 2016, the startup closed Series A funding of US$1 million from KAUST Innovation Fund. In a statement on the fund raising, Jos van der Hyden, CEO, NOMADD, says, "NOMADD's dust mitigation technology will help make solar energy viable in the GCC region, one of the major global markets for solar energy in the coming decades. We are grateful for the vote of confidence that this funding represents and look forward to further commercialization." NOMADD aims to utilize the funds to "establish a strong footprint in Saudi Arabia, hire key staff and carry out testing activities with potential customers." 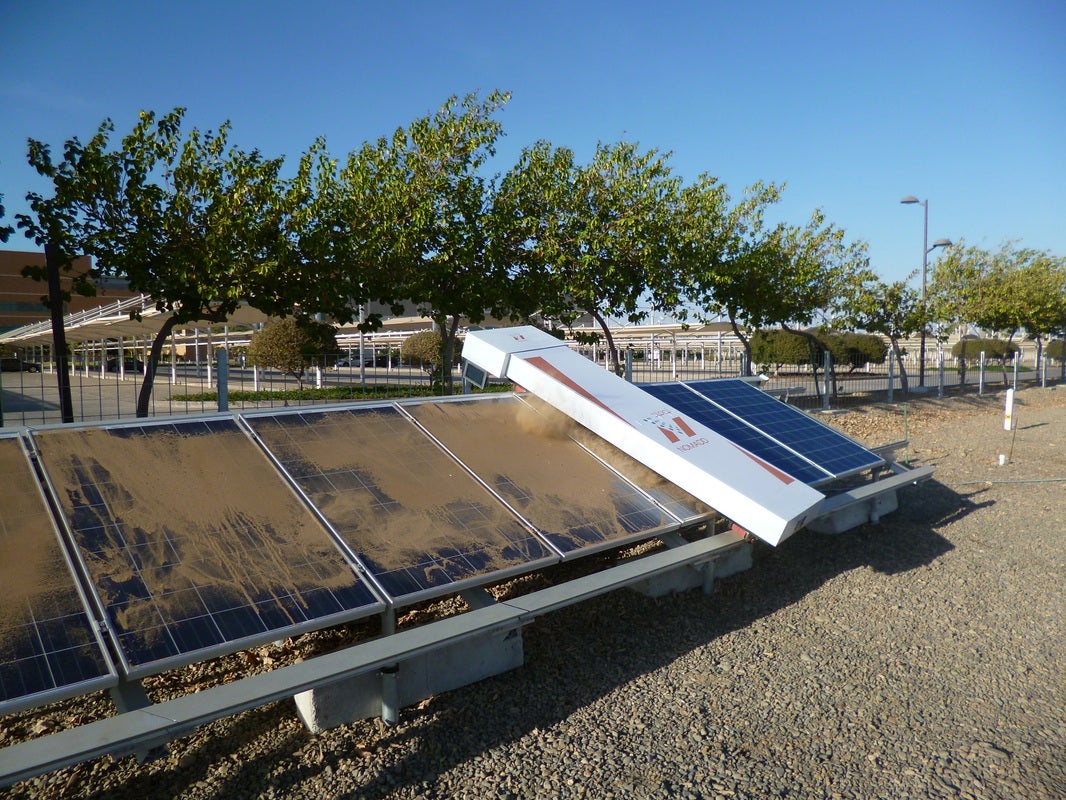 NOMADD's Solar Panel Cleaner. Image credit: NOMADD.
Speaking about the experience of funding NOMADD's Series A as a sole investor, Nicola Bettio, manager, KAUST Innovation Fund, says that the finalization of the term sheet was a relatively long process, given that it was the fund's first early-stage investment (the fund only undertakes seed stage investment), and because NOMADD didn't have prior experience in dealing with investors. However, once the term sheet was signed, the drafting and actual execution of the deal was said to have happened in a few hours. But the relationship between the two entities goes beyond that of an investor-investee. KAUST has been hosting NOMADD in their Research Park since the startup's inception, funded its prototype, and has trained and coached the team through KAUST Entrepreneurship Center. "Saudi Arabia and neighboring countries will do a massive roll-out of new solar installations that could conceivably make the GCC the heaviest user of solar energy in the world," notes Bettio. "NOMADD is providing one of the few existing solutions to the problem of dust on solar panels, which is an issue that can seriously affect the performance of solar farms in the region," he adds. With 15 companies/projects currently in its portfolio, KAUST Innovation Fund is focused on nurturing and growing an innovation community in the Saudi ecosystem. The fund claims to have also recently closed another Series A investment in FalconViz, a company capturing high-resolution 3D images through use of drones. Regarding the fund's investment criteria, Bettio says they are interested in companies that are either spinouts of the University, or other startups relevant to Saudi's industrial ecosystem. "We are interested in technology-based companies in the oil and gas, renewable energy, water treatment and desalination, new materials and petrochemicals, biotech and ICT sectors," he says. 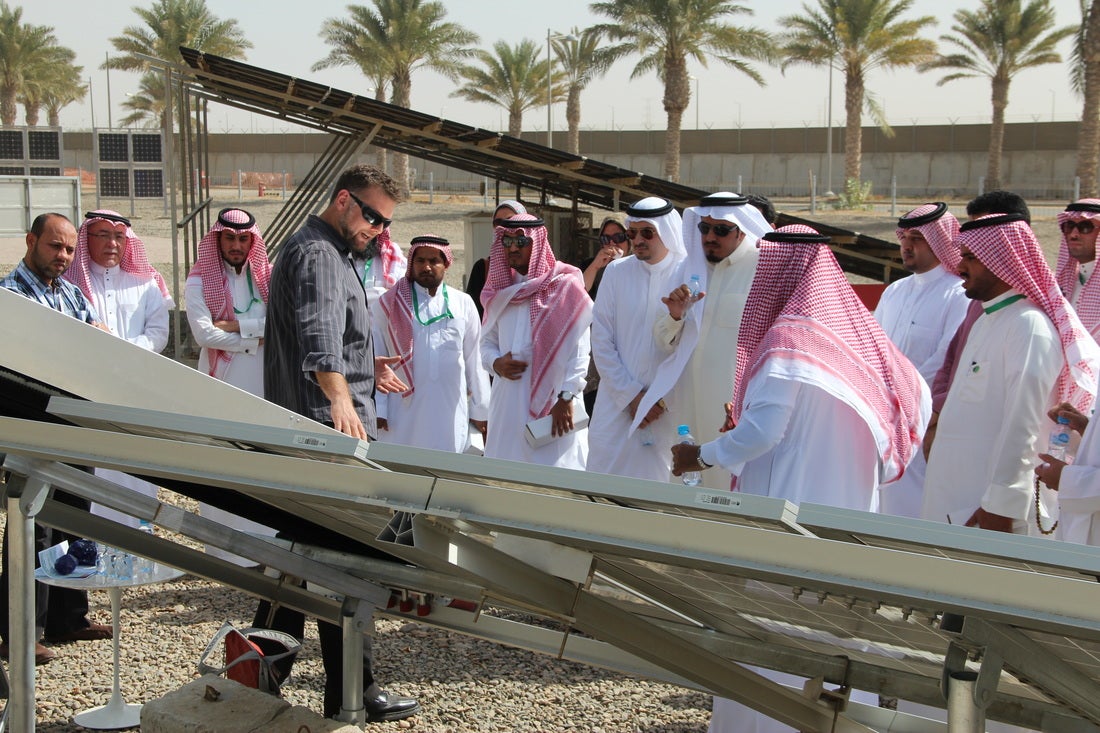 "We believe that most of the clean tech sector will represent a great opportunity in the Kingdom and in the region. In the GCC, we expect a massive roll out of solar installations, driven by the decreasing capex and opex [operating expenses] of photovoltaics and the perfect environmental conditions of the region. The increasing demand of water is also generating a strong need for innovation in water desalination efficiency, membrane technologies, water/solar hybrid processes, and waste water treatment and recovery."

Views on the MENA startup ecosystem

"We are convinced that the MENA startup ecosystem is still in its infancy. Most of the regional startups are focused today in replicating and "localizing' Western business models. These are certainly good businesses and interesting VC investment opportunities, but we do not believe that they will continue to represent the core of the ecosystem in the coming years. On the other hand, the need for sustainable energy and water, coupled with the presence of large regional players in these sectors, will fuel the next generation of high-tech GCC startups."