This year's edition of the conference was held under the framework of economic partnership between Qatar and Turkey, represented by the Union Chambers and Commodity Exchanges of Turkey (TOBB).

This year's edition of the conference was held under the framework of economic partnership between Qatar and Turkey, represented by the Union Chambers and Commodity Exchanges of Turkey (TOBB). The event saw QCCI and TOBB sign a cooperation agreement, signed by the QCCI Chairman Sheikh Khalifa bin Jassim Al-Thani and TOBB president M. Rifat Hisarciklioglu, with the aim of strengthening cooperation between the two agencies, develop its small and medium sized enterprise sector, and facilitate exchange of best practices in the SME industry. 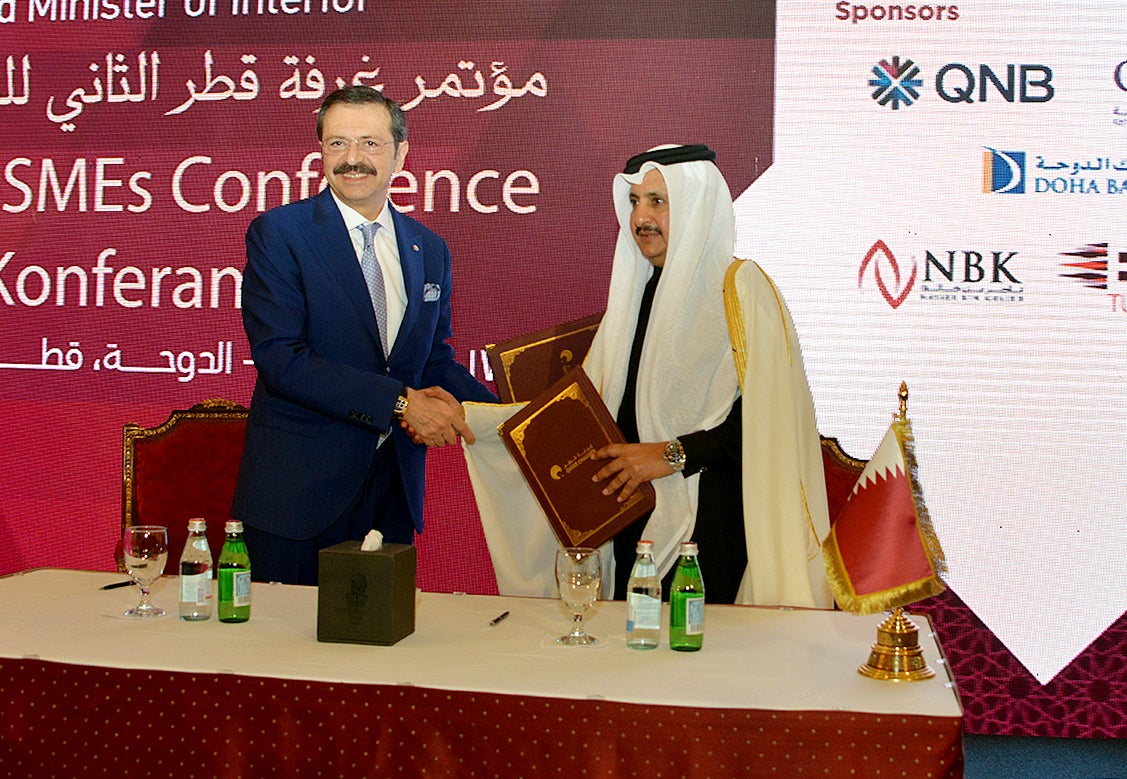 In his address to the audience, Qatar Chamber Chairman Sheikh Khalifa bin Jassim bin Mohammed Al-Thani, who is also Chairman of the Board of Directors of the International Chamber of Commerce in Qatar, said that the country had realized the importance of the role played by the SME sector, and hence has modernized legislations and promoted initiatives to enable these businesses to increase their contribution to the gross domestic product.

With respect to the subject of funding for SMEs, Khalid Al Mana, Executive Director of Business Finance of Qatar Development Bank (QDB), noted, "It all boils down to risk, and QDB works with local banks to provide guarantees, though we do not work on a day-to-day basis on funding SMEs. Our guarantees serve the twin purpose of SME development, and promoting lending to the sector." At the same time, Salvino Salvaggio, Research Director – ICT, at Qatar Science & Technology Park (QSTP), noted how his organization was helping change the landscape for SMEs in the country. "95-97% of the private sector in countries such as Qatar are SMEs, in recognition of which we, at QSTP, have established a product development fund to help fund SMEs."

11 Innovation Strategies That Can Effectively Increase Your Businesses' Growth

Adopting new innovations for your industry by keeping up with the latest technological breakthroughs is essential to ensuring your success in the long run.