By Sindhu Hariharan
May 9, 2017
Opinions expressed by Entrepreneur contributors are their own.
You're reading Entrepreneur Middle East, an international franchise of Entrepreneur Media.

As a serial entrepreneur, and a tech business executive for over eight years now, it's hardly a surprise that "launching businesses" is one of Alexander M. Kappes primary passions. However, in September 2016, the entrepreneur decided to link this passion with his love for cars by launching his newest tech startup, Scout My Car. In a large used car market such as that of the UAE, Scout My Car wants to be a service provider that helps buyers differentiate between a reliable used car, and well, a dodgy one before purchase. Just six months into its launch, guided by positive user reviews and thanks to the founder's smooth pitching skills, Scout My Car bagged the Best Growth Stage startup title at STEP 2017's pitch competition, conducted in partnership with Cadillac Arabia.

Commenting on the win (it was the startup's first time at STEP Conference), founder and CEO Kappes says: "The pitch competition itself was exciting, [and] despite working in tech startups for over six years, I've never had to pitch in front of a large audience. But the reaction to my introduction of Scout My Car prompted so many smiles and nodding heads, that it felt easy from there on." The idea for Scout My Car came to Kappes as a result of his own bad experience in buying his first car. "Despite the car being under warranty, and serviced exclusively by the dealership, I ended up paying almost AED10,000 within my first month to service the car," he says.

The experience prompted him to research more on how the scenario could have been avoided, and that's when he noticed a real need for "a transparent and convenient way" to get used vehicles inspected before purchase. As he put his plans in motion to launch Scout My Car, it took a chance introduction followed by just a few meetings to get co-founder Omar Benseddik (a graduate straight out of the American University of Sharjah) on board, who, according to Kappes, stood out "due to his drive, enthusiasm, and work ethic." 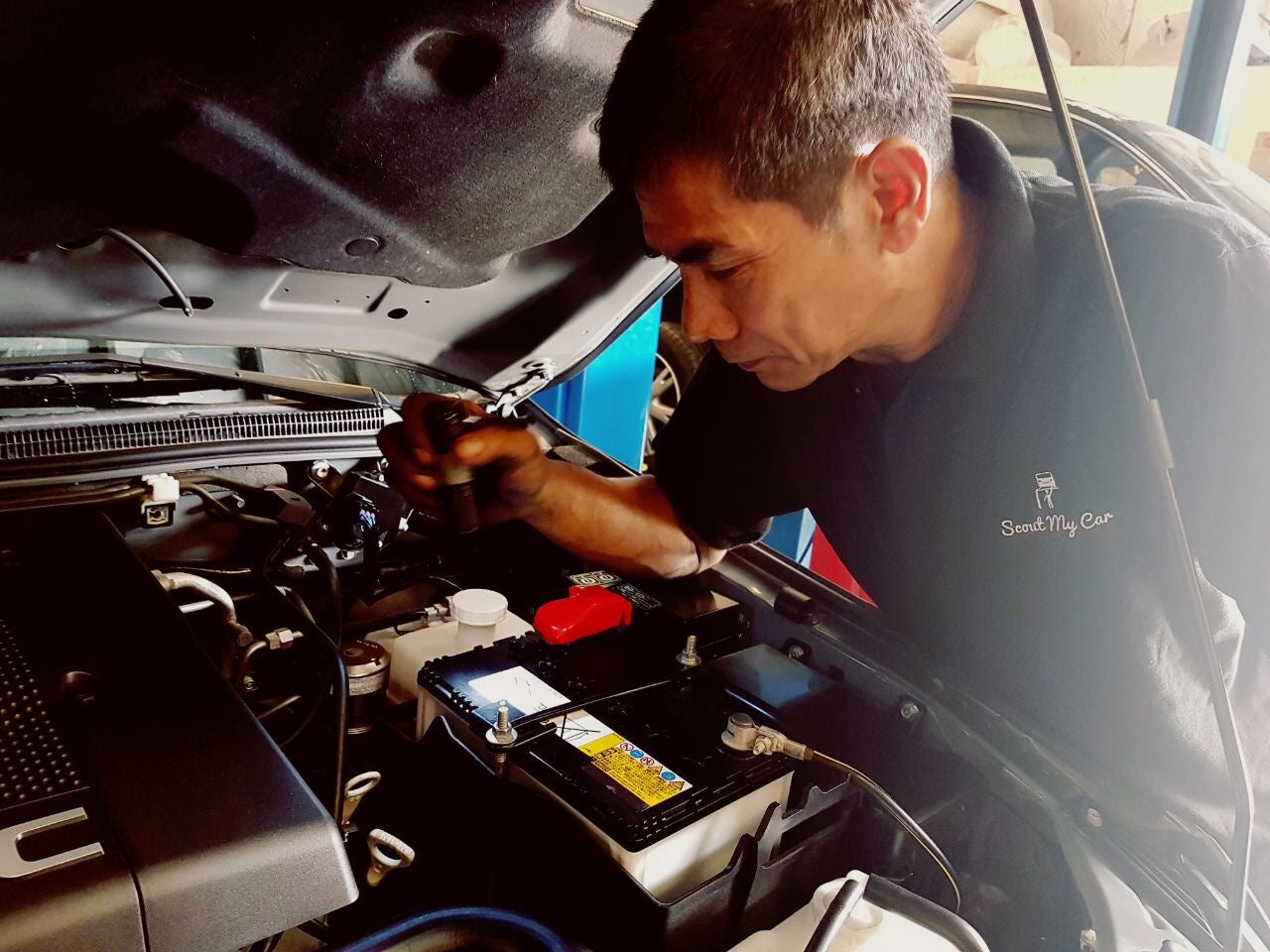 Backed by investor Rocket Internet, the startup says it has been powering ahead with "word of mouth" as its key customer acquisition strategy, with Kappes noting that positive user reviews have helped in service recommendations and conversions. On the company's value proposition he says: "We help the buyer understand the true condition of the car, how it's been serviced, what it will cost to repair any issues and damages, what the car is worth, and what we think about buying this car." He adds that the startup's biggest benefit is that it "provides context" to the problems uncovered helping buyers take the right decision. And if you are a seller, you can benefit from the enterprise too, since Scout My Car shares results with sellers as well, and says that the context they provide buyers is often useful for the sellers too. The founder also believes that the fact that they arrange for the "inspection, pick-up and drop-off of the car, and keep in touch with our customers throughout the inspection process via Whatsapp" is another key benefit and reasons why customers choose (and should choose) Scout My Car.

The experience of pitching in front of the ecosystem at STEP, and the ensuing victory is sure to be a shot in the arm for the upstart, which is in the process of preparing for fund raising, with potential investors already having "reached out" to them. "The fact that Scout My Car caters to an existing demand, while a lot of startups are still trying to create a demand, will hopefully help us in convincing investors that together with them, we can build a great business," says Kappes.

Used cars marketplace as a business model is a crowded one, especially in the UAE. How have you differentiated yourself from your competitors?

"Our partnerships have been critical in establishing credibility, targeting customers, and growing the business. Our first partnership was with Careem, who offer the sellers a discount on Careem rides, while their car is in the garage with us. Since then we have partnered with several service apps, such as Helpbit, and MrUsta, and most recently, users and customers of DriveArabia.com and Carmudi.ae can book a car inspection direct from the car listings pages. Both sites have over two million page views per month, and we add value to their services, while they create awareness and drive traffic for Scout My Car."

What are your top tips for MENA entrepreneurs to push forward with their startup in the initial years of its launch?

"A lot of the key lessons have been out there for years, but focus all your efforts on your mobile presence. Do market research with customers and businesses to validate your idea. Always listen to customer feedback, and pivot if necessary, and be your best marketer."

Related: "We Got Funded!" UAE Startup CarSwitch.com Raises US$1.3 Million From Glowfish Capital