Welcome A New Generation Of Entrepreneurs: Here Are The UAE Winners Of The James Dyson Awards 2020

This year's national James Dyson Award winners in the UAE is the Touch Device, an invention that can help people with visual impairments identify colors through lights and speech feedback.

The winners of the UAE leg of The James Dyson Awards 2020 were recognized during a ceremony in Dubai in September, with the UAE being the first country in the Middle East to host this event.

The James Dyson Awards is an international competition that calls upon young innovators to solve real-world problems using design and engineering. The competition, which was launched in 2005, now takes place in 27 countries with regional winners going on to compete in the global finale. An expert panel of regional judges joined the 2020 James Dyson Awards candidates to help award the winners in a ceremony held at Youth x Hub Dubai. This year's judges included Emirati engineer and driverless car designer, Reem Al Marzouqi, and aircraft engineer and aviation advisor, Dr. Eng. Suaad Al Shamsi, among others.

Before announcing the winning entry, the judging panel took part in a discussion about innovation and sustainability. While each person drew upon their own expertise in varying disciplines, the consistent themes included creativity, engineering, and simplicity. For instance, Al Marzouqi explained the difference between invention and innovation, noting that it's perfectly fine to take an existing product and tweak it. Not only does this save time, it improves upon solutions that are already in place. She also revealed two things that every consumer product needs. "You need to make money, and you need to be unique," she said, noting that those elements were found in the winning project. 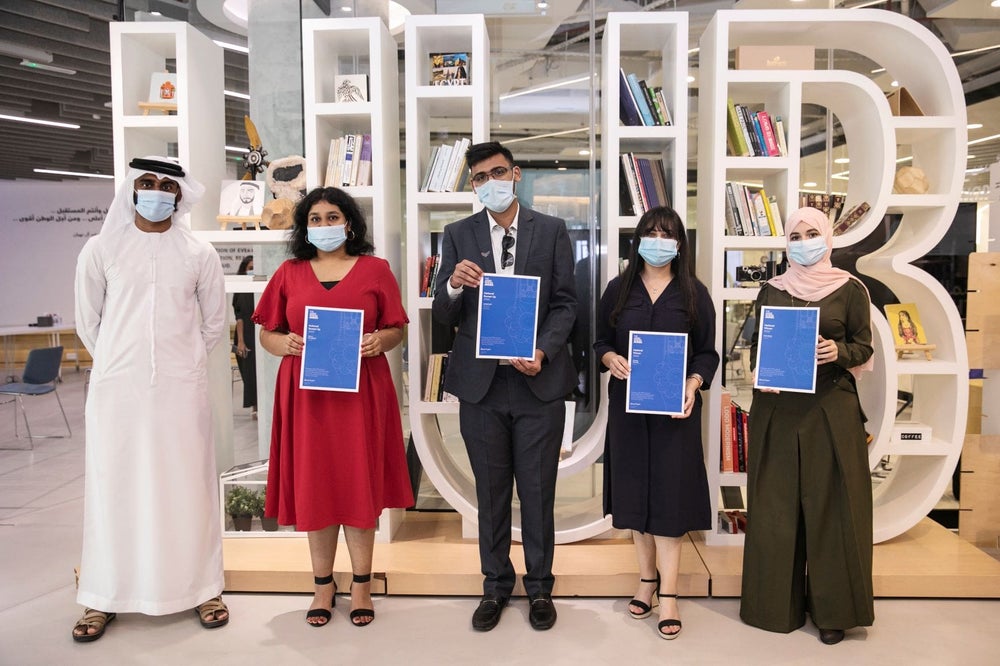 This year's national James Dyson Award winners in the UAE is the Touch Device, an invention that can help people with visual impairments identify colors through lights and speech feedback. People with visual impairments may not be able to see colors, but they do have a conceptual idea of what different colors are. With the invention of Touch, they can now be in control of some of the basic daily functions of life, including being able to choose the color of clothes they pick from a wardrobe, or identify supplies such as vegetables at the grocery store.

Invented by two American University of Sharjah students, Maryam Moustafa and Nada El Dash, Touch is the ultimate culmination of a class assignment. "Touch started off as a university project where we were tasked to create a smart surface device that would help people," explained Nada. "After graduating, our Professor reached out to us about the James Dyson Awards with the hopes that we would apply so we decided to give it a shot and see what would happen. The idea of Touch started when we were brainstorming ideas about smart surface devices, and the conversation drifted to the concept of color. We asked ourselves how we could describe color if we couldn't see it. This led us to dive deep into the conceptual idea of color from the point of view of the visually impaired. Touch is the result of trying to bring color closer to them to give them a greater sense of independence." 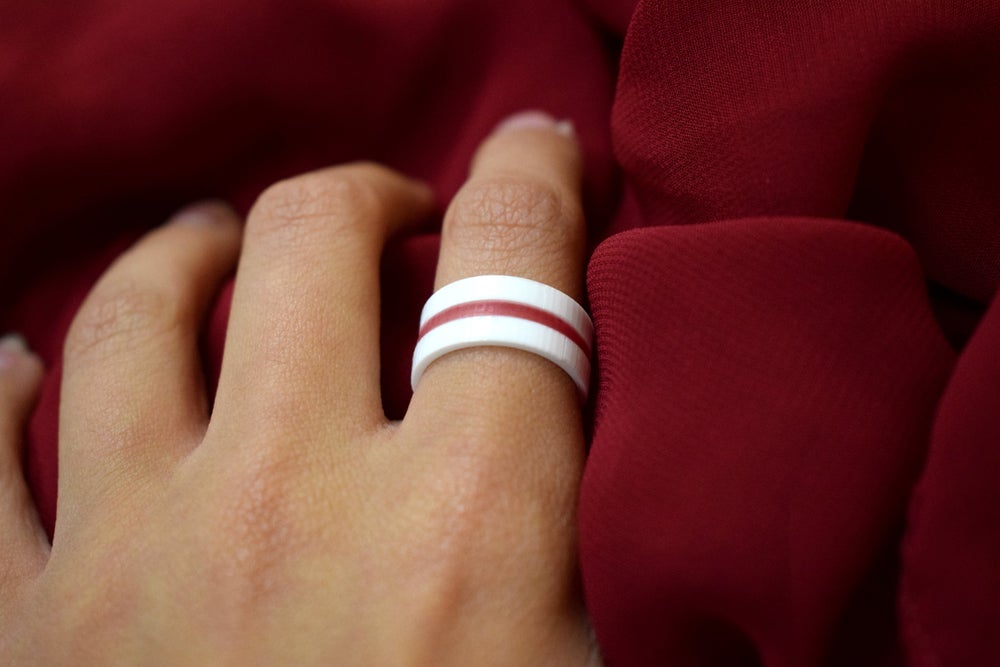 Touch is an elegantly designed smart ring that uses haptic, audio, and visual feedback to alert the user. The ring vibrates, lights up, or communicates with the wearer using audio speech via a Bluetooth earphone. Winning the national leg of the James Dyson Award will inject AED9,500 into the Touch project, paving the way for the two inventors to create a working prototype of the device. Eventually, they plan to expand with a range of complementary accessories for the smart ring to include necklaces, bracelets, cufflinks, and more. Speaking about the win, Nada said, "We are very honored and extremely grateful for this experience. The James Dyson Award has given us the confidence to push forward with our careers and continue to think of ways to help people. It is extremely gratifying to have our work recognized and we are very excited for what the future holds for us".

Related: Supporting The Next Generation Of Inventors: The James Dyson Award