When it comes to ensuring the success of your fintech startup, the key rule to follow is to pick a big problem to solve, which has a huge addressable market, and then come up with a plan to solve it.

All successful startups have one thing in common: they all solve a problem or a set of problems pertaining to their addressable market. Some problems are bigger than others, thus the size of the market, the team, and the potential value/contribution a startup can make on its ecosystem are important factors that count toward its success. When it comes to ensuring the success of your fintech startup, the key rule to follow is to pick a big problem to solve, which has a huge addressable market, and then come up with a plan to solve it.

Online payment in the Arab world face many challenges, first on the supply side, wherein companies, mostly startups, face issues in accepting online payments, due to the hassles involved in being accepted by acquiring banks. At the same time, some big offline conglomerates tend to struggle with establishing an online presence, thereby leaving a supply gap in the market.

On the demand side (i.e. the end consumers), some customers don't trust the websites they are buying from, hesitate to use their cards online, or simply do not have a credit/debit card, which represents around 80% of the total population in the Arab world. As a result, this leaves companies and organizations with somewhat limited payment options to offer for its end-users.

PayFort started a few years ago with one objective, which was to "solve the online payment problem in the Arab world," as part of the Souq Group of Companies. The co-founding team -around eight of us- came together with different backgrounds: banking, online payment, marketing/ business development, finance, and of course, tech, and we started with scoping out the problem of online payment.

We quickly found out that there was not just one issue, but many: these included the time taken for companies to go online, friction on the checkout page from lack of payment methods, trust issues, low purchasing power in certain markets, low credit card penetration- the list went on and on. 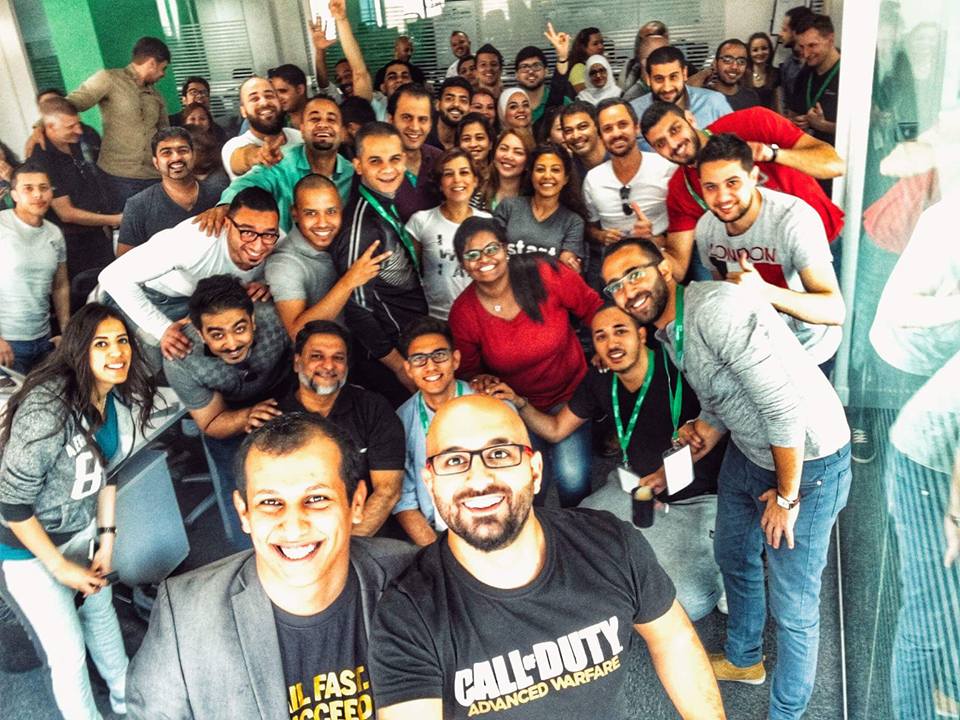 A scene from PayFort Congress
Source: PayFort
Related: Surging Ahead: Fintech Startups In The Middle East

At first, the task of solving some of these problems felt overwhelming, but we understood that we needed to think long-term, and break this one big problem to many, and develop products/services in order to solve most of them. We had to factor in more time for our plan, since fintech requires adherence to regulatory requirements, which start with local laws, then Payment Card Industry (PCI) standards, and further ensuring all security measures have been taken, since we are, after all, in the business of trust.

Fortunately for us, in the past few years, the Arab world have been witnessing a major transformation in fintech in general and in online payment in particular, with many local payment methods establishing themselves in various markets such as Fawry in Egypt, Sadad in Saudi Arabia and E-Dirham in the UAE to name a few, which allow end-users to pay online and thus became an integral part of our ability to enable companies to convert more browsers into paying customers.

After months of operations serving just one country, i.e. the UAE, our ambition was to grow our product offering to extend to other markets. We also wanted to address some of the other problems we had initially identified, and fine-tune them by listening to our merchant base, the issues they face, their likes and dislikes, and what they needed to grow their respective businesses.

Fueled with resolve, our team started working on many fronts in this regard, which included growing in new markets such as KSA and Egypt, generating new product lines to grow conversion on our merchants checkout pages, increasing end users' purchasing power, and minimizing payment failures. This meant that we needed to grow our team in engineering, business development, finance, operations, relationship management, and risk, so as to ensure that we deliver what we promise to our merchants.

One of the biggest challenges in realizing this was communication between different people in different departments and countries- speed was of the essence here, especially being a service provider, we needed to react fast to our merchants needs. In today's day and age, you'd think that with all of the tech available, communication shouldn't have been an issue- but it was! This was mainly due to the abundance of media where our team members communicated -email, WhatsApp, SMS, phone, Skype, etc.- and so, a lot of information was decentralized, sitting on way too many threads, which created a challenge to support, innovate, and grow fast. 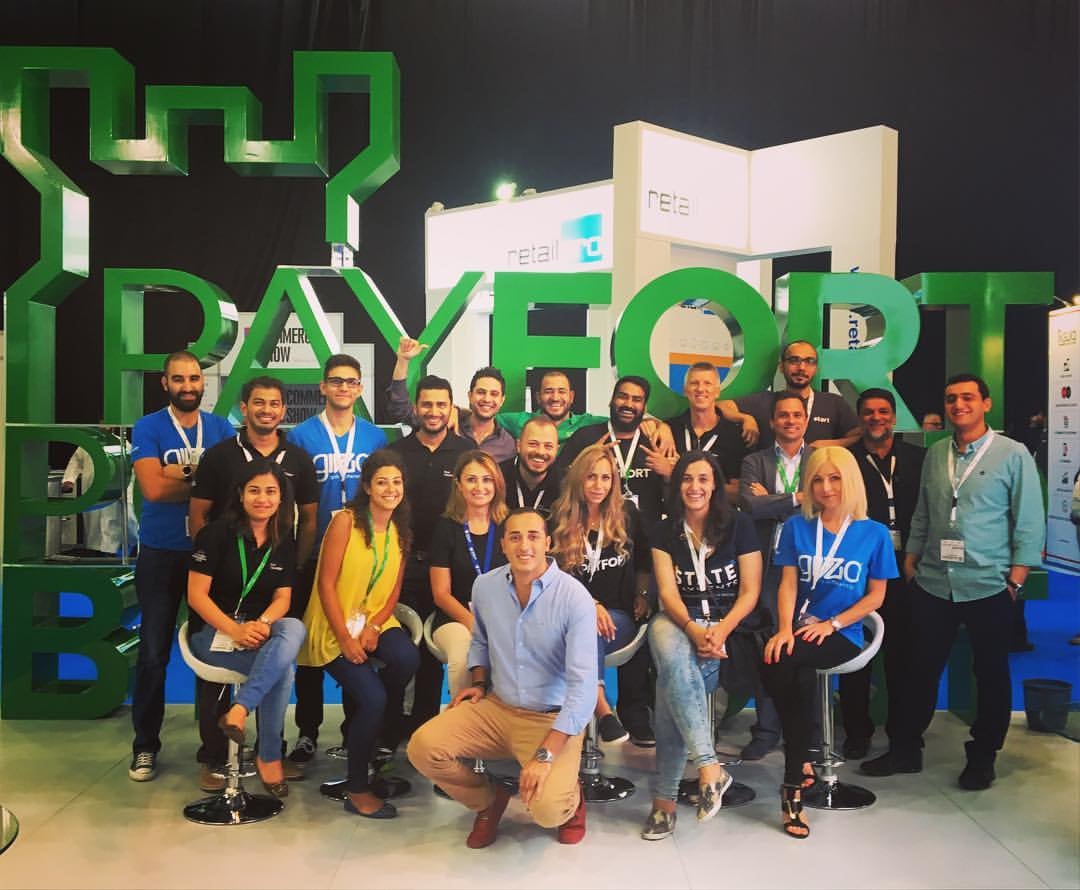 The PayFort team
Source: PayFort
Related: Seven Things To Look Out For When Going For Your Second Raise

The ability to communicate clearly and collaborate is very important for every company to scale. This issue among others was addressed at the PayFort Congress, an annual event where we bring everyone together for a couple of days, during which the team agreed to consolidate communication in one medium. After a few weeks of research on this topic, our team agreed on a collaboration tool that we now all use to communicate, collaborate and track all projects, tasks and deliverables. In the meantime, our annual event has become a chance for all of us to sit down and discuss our company roadmap, as well as brainstorm new product ideas such as Installments and the yearly State of Payments report.

The culture of sharing, openness, and being flat also paved the way for PayFort to adopt a light version of holacracy in terms of governance, enabling teams to have the autonomy of being self-managed circles, rather than sticking to the traditional corporate hierarchy wherein decisions trickle from above, which is sometimes very slow in adapting to the constant change and meeting demands. Quickly adapting to change and innovation is a key factor of success, and it can only take place in a healthy and nurturing culture.

Another important element of scaling is focus. Given PayFort's broad audience that includes everyone from large corporations to airline companies, and government entities to startups, we realized we needed to have two disciplines for the company. The first of these was Enterprise, or the FORT, a product that can withstand supporting large volumes, has all the payment methods from around the region, and offers many services to allow companies the ability to build their own payment stacks.

However, at the same time, we needed to ensure that we don't ignore startups- we wanted to help eliminate some of the barriers they face today in terms of payment. This led us to having two concentrations at the company: separate tech teams, one focusing on Enterprise, and the other focusing on startups, which eventually led PayFort to acquiring a startup called White Payments that was working in this space. This is now called START, and it allows startups to start accepting payments, by streamlining both the bank onboarding process, and integrating the technology on their checkout pages.

It is very difficult in today's fast paced digital economy to keep up with innovation as well as cope with consumer behavior, and in order to keep up with these demands, PayFort started investing in integrating with other companies to seamlessly offer various services to our merchants, rather than developing all solutions in-house.

This allows us to solve problems faster, and maintain our focus on building and scaling our core competencies and expanding in new markets as well. Currently PayFort is in six countries around the region, UAE, KSA, Egypt, Jordan, Qatar, and Lebanon, with over $1 billion in processed payment volume in 2015, and plans to expand in other parts of the region and beyond in 2017, with a clear path to profitability.

Omar Soudodi is the Managing Director of PayFort, the Arab world’s online payment gateway. Soudodi brings entrepreneurial innovation and extensive dotcom expertise to PayFort, coupled with strong management experience in the financial sector in the Middle East and the United States. Soudodi was previously the general manager of Souq.com Egypt, the largest online retailer in the Arab world where he oversaw the launch and the successful growth of the portal since 2009. Prior to that, Soudodi was behind the creation and launch of Accelarabia.com in 2006, where he founded the region’s first online mortgage aggregator, earning him regional recognition and nominations for multiple entrepreneurial awards. Before his entrepreneurial accomplishments in the Middle East, Omar spent 10 years building a successful banking career in the United States where he held several senior roles in commercial, international and private banking.