Five Ways To Spot A Liar In Business

Being misled and lied to when you need to have accurate information at hand to make critical business decisions can have serious negative implications for your company.

It could be a little white lie about why the report was finished a day late. Pretty harmless to the business, right? Sure.

But what about the account manager job applicant who had a CV full of untruths and delivered one heck of a pitch during the interview? The hire was made, the person fell well short of achieving the tasks assigned to him or her, and a long-standing customer relationship was put in jeopardy.

Or let's say you are sitting across from that salesperson who is loading up on the sales spiel, throwing out highly impressive stats about the product and its amazing features and ensuring you that the price being offered to your company is highly discounted. Yes, you can do your homework and research and look at enough competing products to get a better picture. But wouldn't it be great if you could do a little upfront screening by prodding that salesperson to see if you can spot those signs that might indicate whether a few fibs are being laid down?

It would indeed, because being misled and lied to when you need to have accurate information at hand to make critical business decisions can have serious negative implications for your company. From paying too much, to hiring the wrong employee or vendor, to purchasing a product you don't need, and so on– when you are being intentionally misinformed, it can very easily result in you taking a decision that will harm your business.

The bottom line is that if you can identify deception in the early stages, you'll be better equipped to limit any potential cost or damage. So are there ways to spot those lies? Many experts will tell you that yes, there are, and in this article we take a look at five of those key "tells."

1. Use the element of surprise

By asking questions that a person would not expect, you can get the individual to reveal inconsistencies in the story. People can anticipate a "regular" line of questioning and can rehearse their answers in an effort to sound natural and convincing. An "out of the blue" question, however, could cause cracks in the façade as they struggle to answer what they have not prepared for, and result in them mistakenly revealing the truth– or at least a good indication of their dishonesty. For example, let's take that salesperson who just told you how that product or price is as good as it gets: instead of asking further questions along the lines of the product or price, ask why he or she personally like selling the product, or what some of the key disadvantages of the product are, or how involved the CEO of the company is in product development. Shake things up just a bit and see what comes of it.

LaRae Quy, a former FBI agent, says that deceptive behavior can often be identified by the way people say "no." When delivering that word, watch for anyone who closes their eyes, looks in a different direction, hesitates, stretches the vowel, or delivers the word in what almost seems to be a singing voice. According to Quy, all of these ways of saying a word as simple as "no' are a good indicator of a potential lie.

3. Behavior changes as the conversation moves along

Quy also recommends that sudden changes in behavior or language are not to be ignored, as these are often key indicators that lies are being told. If, as the conversation moves along, more and more superlatives pop up, vague answers to questions are being given, clear memory lapses are observed, talking speed or volume increases, or if there is a sudden shift to too much formality in the responses, something may be afoot. Yet another major sign is a switch to the defensive at any point in what was otherwise a fairly normal and non-confrontational conversation. If you spot that, push harder on the particular line of questioning that brought about that defensiveness, and you may uncover the plot.

Related: Ethics In Business: Why You Shouldn't Put A Price On Your Integrity 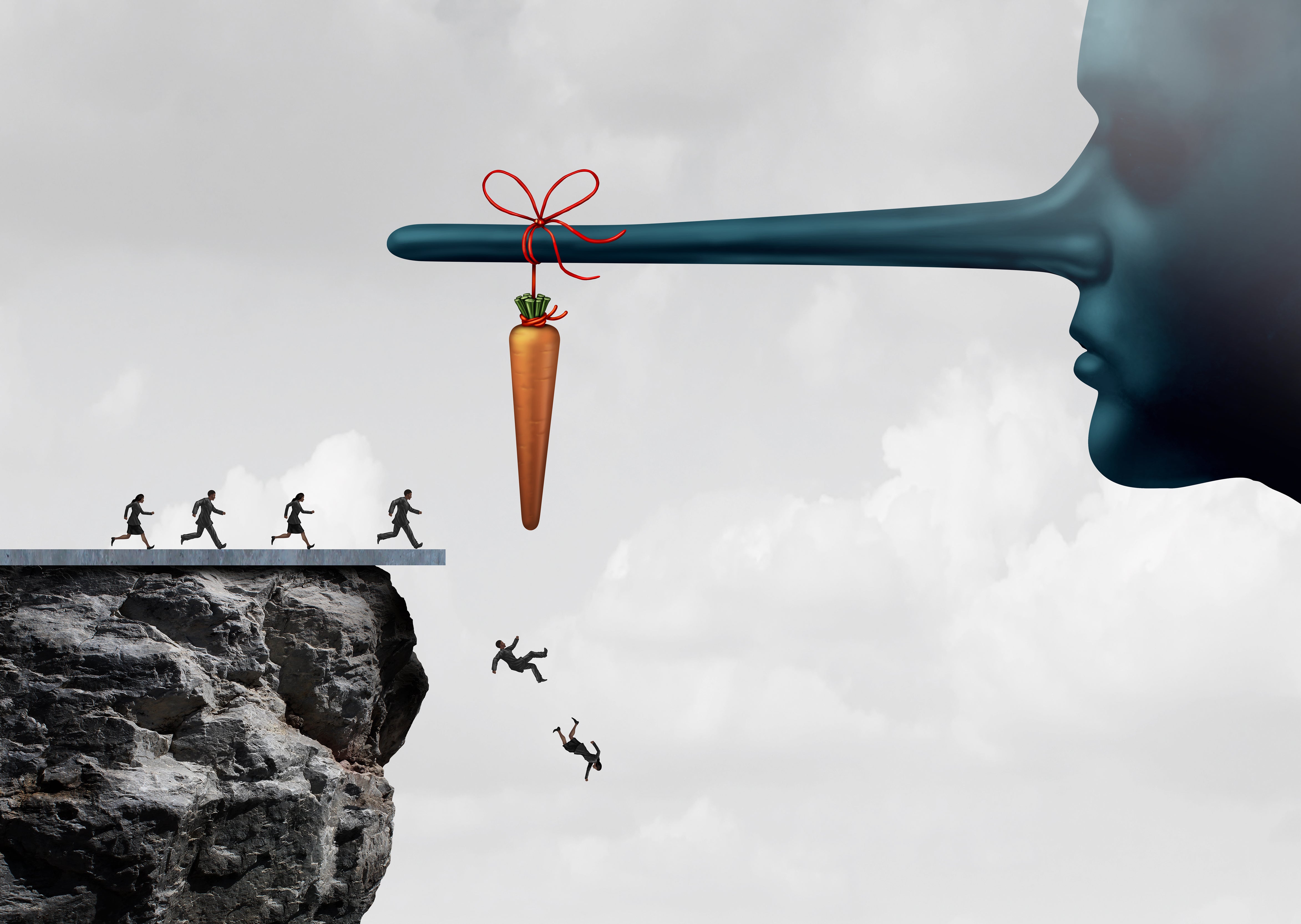 Professor Lyn M. Van Swol of the University of Wisconsin observed in her research that liars tend to overly complicate their answers or explanations. She says an individual telling a lie will often speak in complex sentences and give more information than is required, or simply use far more words than are necessary. Van Swol calls this the "Pinocchio effect," as the number of words used grows with the lie. As well as using excessive words, a person telling a lie may also repeat the same points over and over. According to communications and human behavior expert Dr. Lillian Glass (often referred to as the "First Lady of Communication"), liars also have an inclination to repeat phrases. It's a subconscious method that is deployed for a couple of reasons. First off, it buys them more time to think of an answer; and secondly, it actually serves to validate the lie in their mind, almost as if they are trying to convince themselves of their own propaganda.

Unwittingly liars tend to use more third-person language and references than those telling the truth. Van Swol explains the psychology behind this as "a way of distancing themselves from and avoiding ownership of the lie." So if that salesperson is constantly referencing the engineer who said that the product can do this or that, or the head of sales at the company who "told me to tell you" that this is the lowest price on the market, or the marketing researcher's latest report on how satisfied all those customers are, those third-person references may be potential red flags.

Ultimately, the best way to spot outright lies (or at least give yourself a better sense of whether someone might be lying or not) is to let the other person talk. The above five signs to watch out for have, for the most part, to do with just that. If you're patient, if you drop in the right questions at the right time, and if you listen much more than you speak, eventually the liar will be caught directly in the fib or drop enough suspect cues for you to conclude that something just doesn't measure up.

Having said all of the above, however, it's important that we end on a bit of a positive note, which should also serve as a cautionary one. Specifically, I believe that there are many more honest people out there than dishonest ones, and so we should not let ourselves get overly suspicious on the business front in general. Sure, money is hard to come by and people will do what they can to give themselves an edge in getting it, but if we are constantly doubting everyone's intentions we are not going to get very far in business or in life.

And so yes, while you should be cautious, you need to also be quite generous with the trust. Go slow in your dealings where necessary, and make sure all major decisions go through a very thorough screening process that involves direct fact checking and other due diligence. But don't be approaching every conversation as if the other person is out to manipulate you, or your professional business caution will eventually be replaced by paranoia, and no good will come out of that.

8 Steps to Finding the Right Franchise

With hundreds of franchises to choose from, narrowing your options, then choosing the best one, will be easier if you follow our eight-step process.

The act of self-care can often seem a bit daunting for men- and that's why UAE-based Mr. Regimen wants to make it easy for them to access and understand grooming through its clean beauty and wellness platform.