Infographic: UAE SMEs Expect A Subdued 2015 To Make Way For A "Cautiously Optimistic" 2016

According to the survey, in 2015, small businesses felt considerable heat in aspects like growth outlook, revenue prospects and fund-raising.

Going by the findings of the SME Sentiment Survey recently released by Gulf Finance, it looks like SMEs in the UAE were equally impacted by the economic downturn that plagued their larger corporate counterparts in 2015. According to the survey, which covered the fourth quarter of 2015, small businesses felt considerable heat in aspects like growth outlook, revenue prospects and fund-raising in the period. However, the report talks of a "cautious optimism' among SMEs for 2016, which is expected to grow stronger during the year—check out the infographic below for all of the stats from the survey. 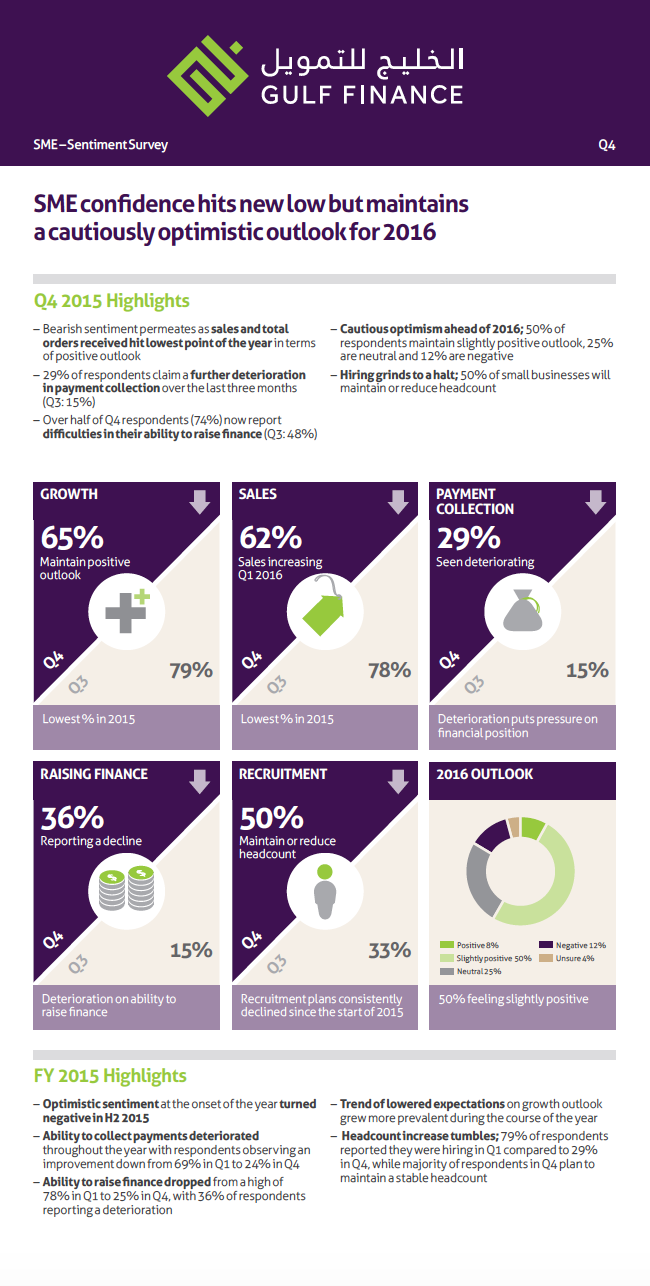