Having started operations in 1997 as Doha Securities Market, Qatar Exchange (QE) today has more than 40 companies listed on its market, with a total market capitalization (at the time of writing) of US$168 billion. Given that it is a fairly young enterprise, QE has certainly got a lot to be proud about its current status as one of the leading exchanges in the GCC region- but CEO Rashid Ali Al Mansoori doesn't seem to be interested in letting the market –which is today the second largest in the Gulf- rest on its laurels either. "We are focused on making continuous development, and making our market attractive for the investors and for the issuers, side by side," Al Mansoori says. "We are bringing new products like exchange-traded funds (ETFs), and tools like margin trading, liquidity providers (LPs), securities lending and borrowing, and so on. We are also looking for regional and international cooperation with our stock market and investors- we are promoting our stock exchange as a destination for investment."

In addition to the above, Al Mansoori reveals that QE has been working hard on encouraging more companies to join its market- and this invite has been extended to Qatar's small- and medium-sized businesses as well, for whom the QE Venture Market has been created. With the "main market" at QE catering to established companies wanting to go public and satisfying all of the regulatory requirements to do just that, the QE Venture Market focuses instead on SMEs, taking into consideration their limited track records and their limited resources when assessing their entries into the marketplace. While getting listed on the QE Venture Market will allow SMEs gain access to finance to grow and develop their businesses, such a marketplace also ties into Qatar's vision of "becoming a center of excellence and GCC hub for SMEs," with the expectation being that companies that get listed here will develop the requisite track records that will see them, eventually, graduate to the main market at QE.

Al Mansoori notes that SMEs wanting to enter the market can also make use of a fund that QE has facilitated for them with Qatar Development Bank (QDB). As per the terms of this subsidy program, a Qatari company that's interested in listing on the QE Venture Market (and satisfies all of the exchange's conditions for the same) can have up to 70% of the fees that are due to professional listing advisors covered by QDB, with the SME thus having to bear only 30% of the costs involved for such an endeavor. "We have a pipeline of companies already in the process with advisors," Al Mansoori reveals. "There are already a number of companies that have applied, and they are in advanced stages of the process. They have taken advantage of the fund, they've hired advisors, and from a technical standpoint, the environment [of the market] is ready to accept them." While Al Mansoori wouldn't give specifics on the number of SMEs that are considering entering the market, he expects the first of these listings to happen in the first half of 2016. 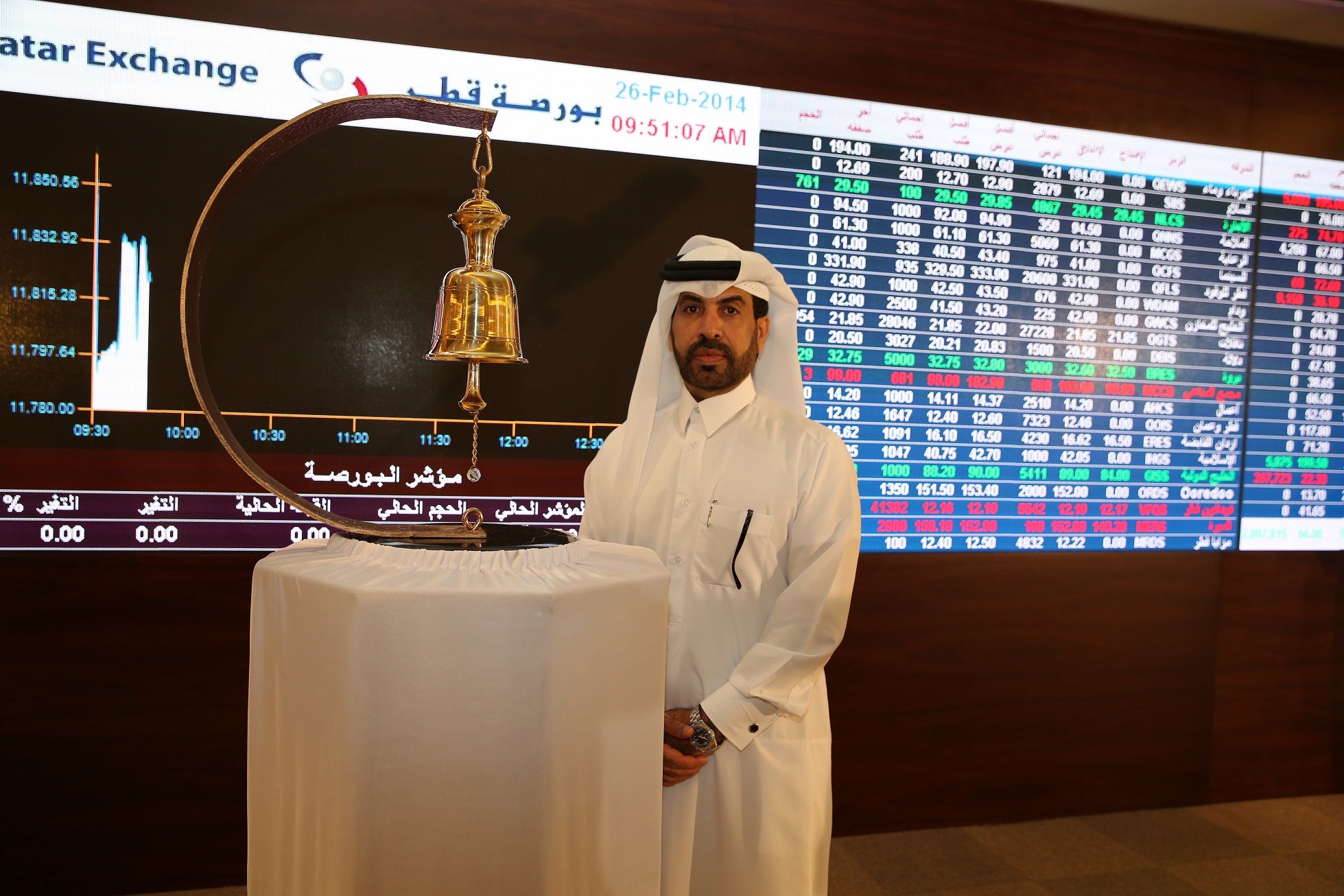 But why should Qatari SMEs consider getting listed in the first place? "I would say it's a cheaper way to gain access to capital and finance," Al Mansoori replies. "Also, it's lower risk for them. Plus, the advantage is not just in the raising of capital- getting listed on the market will also help them find strategic partners; partners with the necessary experience to help develop and grow their respective businesses." According to the CEO, SMEs listed on the exchange will also find market expertise coming to them (instead of the other way around), and thereby help in the growth of their business ventures. The central idea behind QE Venture Market is therefore to allow Qatar's entrepreneurial companies access to the necessary funds that they need to develop themselves, and thus ultimately contribute to the national economy. "Getting listed on the QE Venture Market will be a way to grow these SMEs to become larger companies, and then be listed in the main market," he notes.

However, all of this is not to say that it's easy to get SMEs interested in getting listed on the exchange- Al Mansoori concedes that there are indeed challenges in doing just that. Some family-owned SMEs, for instance, are wary of joining the market because of a lack of awareness about stock exchanges and how they work. As a result, QE has made it a priority to educate companies on what it does. "We show them examples of family-owned companies that have used their listing on the market to increase growth in their businesses, as well as an increase in their wealth," Al Mansoori explains. "Coming to the market doesn't mean that you are losing control of your company, or losing money either- you're actually making money." Al Mansoori adds that while a primary advantage of being listed on a stock exchange is getting access to finance, that, interestingly enough, isn't enough of an incentive for some Qatari companies. "Sometimes we think we are in competition with the banks," he explains. "Since the banks are providing them with finance, there's no encouragement for them to come to the market."

Despite the challenges, Al Mansoori is optimistic about increasing the participation of SMEs in the exchange, and has high hopes for the sector as a whole in Qatar. From the standpoint of his organization, Al Mansoori says that QE has been very keen on building up the SME sector in Qatar- and initiatives in this regard go beyond the setting up of the QE Venture Market. "We have signed MoUs with major Qatar universities like Carnegie Mellon University in Qatar (CMU-Q), Qatar University, etc. to train their students, nurture them and do whatever we can to open their eyes [to the potential in front of them]," he says. "We are also doing countrywide training for investors, and also for young people on how to work with the stock market. We are going to schools and universities, and increasing awareness about the stock market and how companies can be listed in it… We are also accepting students to come and be trained at our stock exchange." 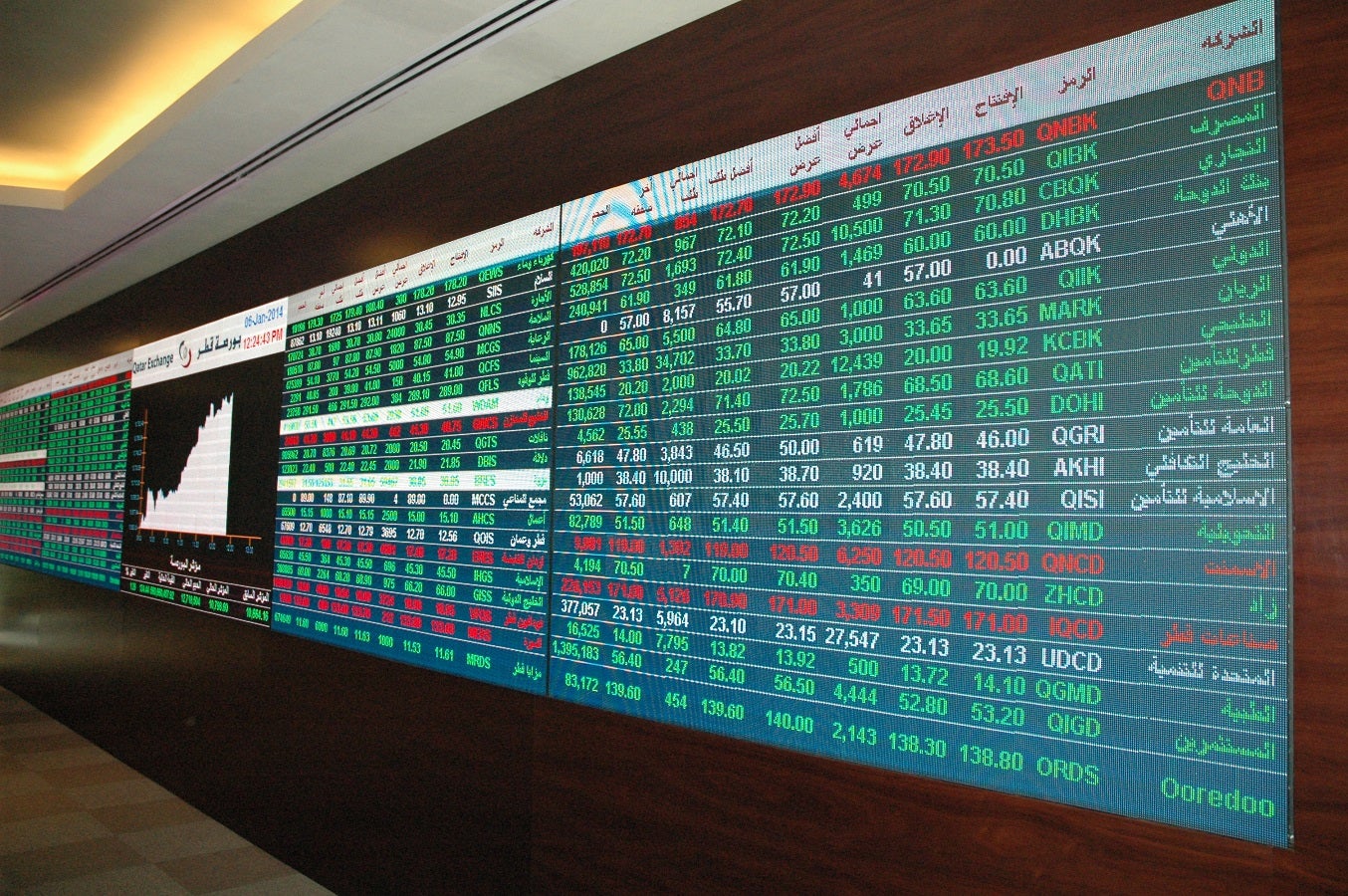 The CEO has also been quite vocal about encouraging entrepreneurship in Qatar- during a talk in September at CMU-Q, Al Mansoori urged the students who had come for his presentation to start their own businesses, and become their own bosses. When quizzed about his statements at CMU-Q, Al Mansoori admitted to wanting the young population of not just Qatar, but the entire GCC region, to think beyond normal careers and jobs after they graduate from their colleges. "The problem in the GCC is that young people think they'll finish their school, and then they go to their jobs- that's it… They think, "I'm a citizen of this GCC country, my job is guaranteed after I graduate, and so I'll work at a job.' And I want to change their perception on this- change their thoughts on the future. It's not just a job that's in their future, they also have the option to start their own businesses."

And there are examples galore of such businesses, Al Mansoori notes. "Some blue-chip companies that are now listed in the markets of Europe and the U.S. were started by entrepreneurs, students, out of a garage or somewhere- companies like Facebook, Microsoft, etc.," he says. "So that's what I am trying to tell them. Try to think outside of the box- you don't need to do just a job. You can do better. You can choose one of your [existing] projects, or maybe choose a project that you can implement after your school, regardless of what discipline it may be in: engineering, business, IT, etc… You can make a difference in your life [and others' as well]; you can have a plan and make things that you can develop… Create new ideas, create a new way of life for yourself." And the payoff for doing all of this? "You can be one of those [aforementioned] big companies one day," Al Mansoori replies, smiling.