"All of us at Arabnet feel inspired when we hear people talk about how Arabnet has impacted them."

When Arabnet launched, the ecosystem was at a nascent stage, so we had a different role to play: we were helping to build an industry from the ground up. Our focus was in developing a platform for startups and investors to connect, engaging new corporates into the digitization sector, and connecting stakeholders across different markets to share insights and do business together. That's really why the Arabnet Beirut Conference was created, with the first edition launched in 2010.

At the first Arabnet Beirut conference, there were 500 attendees, and it has been growing ever since. Today, Arabnet Beirut is the most influential digital conference in the Levant, and we are expecting to host over 3000 attendees in its tenth edition in June, which will include high-profile government officials, enterprise decision makers, investors, and entrepreneurs, from Lebanon and the MENA region, not to mention over 250 regional and international experts and speakers, which truly does emphasize how the ecosystem has matured. It also exemplifies how we have helped grow this market and bring people together, bringing first-time speakers to the region, and helping global companies enter the market.

With the success of the first Arabnet in Beirut, we realized the potential of our platform, and the need that existed everywhere in the MENA- and so we decided to expand regionally. We entered Riyadh in 2012, Dubai in 2013, and Kuwait in 2016- establishing regular events that crossed borders. The ecosystems in these markets have grown exponentially throughout the years, and our events have grown with them. For instance, our first Saudi event had 500 attendees and 1000 meters of exhibition space; in 2018, we had 4000 attendees in a 4000 sq. m. space, in addition to more than 200 startups showcasing! 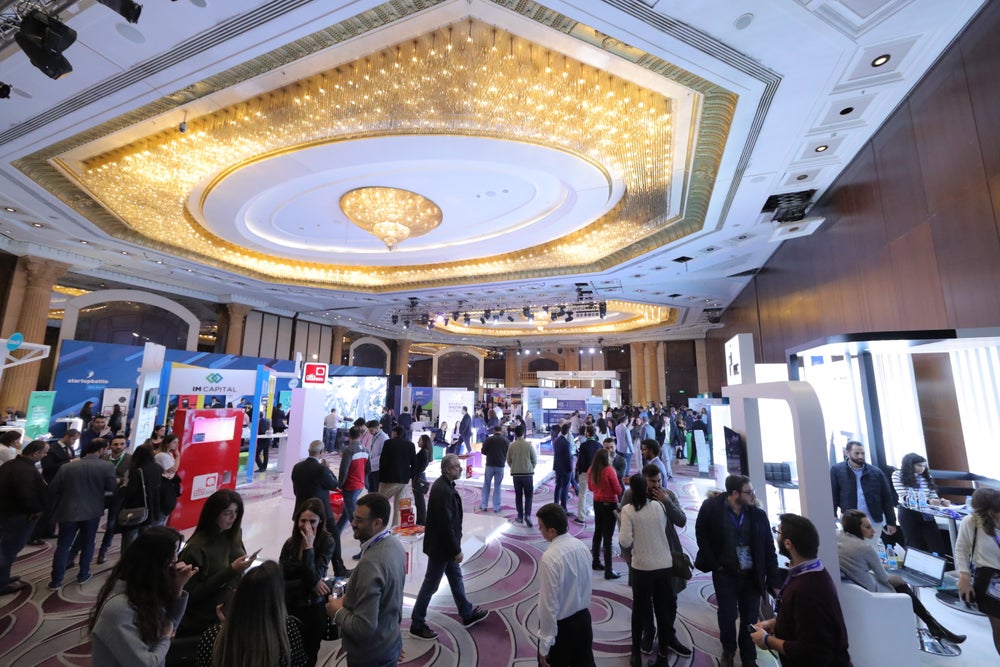 Throughout our journey, we added new offerings and services as per the needs of the markets. Our Startup Demo competition, the first tech startup pitch competition in MENA, started as an annual activity at Arabnet Beirut. With our regional expansion we transformed the local competition to a regional Startup Championship, with qualifying Startup Battles taking place in six countries across the region, and the top three finalists from each fly out to compete for the Championship title. We also introduced new competitions, like the Creative Combat, which highlights young talents in the regional marketing industry, and Innovation Avenue, a showcase of hardware creations and inventions

We have also introduced several new initiatives within our conferences such as the Academy, dedicated to entrepreneurs and innovators who are looking to hone their skills and develop their products through a series of hands-on workshops. Another popular one is Founder's Journey, where prominent startups from the region share their inspirational stories as well as deliver tips on how to overcome challenges.

Related: A Milestone For the MENA Startup Ecosystem: Uber Acquires Careem For US$3.1 Billion

Starting Up (And Staying The Course)

It is amazing for me to reflect on that history -all that we experimented with, we accomplished, and we failed at- and the role we have had in helping grow the sector. It can feel a bit surreal- thinking about the sheer extent of how fast things have changed in the past decade.

When we launched Arabnet in Lebanon 10 years ago, the technology and startup world in the region was rather scarce, and the vast majority of current tech hubs and ecosystems did not exist. To put things into perspective a bit, most people were not familiar with the concept of startup pitches, accelerators, venture capital, etc. So, one of our main challenges from the get-go was raising the level of market awareness in regards to the sector. We had to educate potential stakeholders, and highlight the importance of investing in technology, collaborating with startups, and why it was important for them to engage in events such as Arabnet conferences.

Once we established ourselves in Lebanon, we expanded our offerings to other markets in the region such as the UAE, Saudi Arabia, and Kuwait. Similar to most startups who scale to other markets, we understood that we could not simply replicate our offerings to the other markets. The cultural understanding and connection is a vital component in scaling. We developed a deep level of knowledge of each market, and built local relationships, while continuously enhancing our brand and quality of service.

As with most startups, when we launched 10 years ago, we recruited a strong starter team, and as we expanded into multiple markets and started offering a more extensive list of services, the size of our team grew to fortify our offerings. We have had to pivot and restructure a number of times due to opportunities and expansion. Building a solid and complete operation has had its challenges, whilst sustaining the level of service provided and creating a positive work culture. Today, our team has grown to over 30 members, and we thrive to constantly inspire, develop, and retain stellar talent, encouraging everyone on our team to become future leaders and entrepreneurs.

Besides technology hitting the region like a tidal wave, we also have to acknowledge another challenge, which is that we had to navigate during some of the major social, economic, and political events that the region has ever witnessed, such as the Arab Spring and all its rippled effects. Moreover, the region has witnessed an increasing number of tech events, and although most of them are not of the same scale, the increase in market activity meant we really needed to develop and communicate our differentiation, clearly highlighting our depth of knowledge and clarity of focus on the tech industry, our regional reach and access, our understanding of the different markets, as well as our close relationships and engagement with senior government leaders and major corporations across the board. 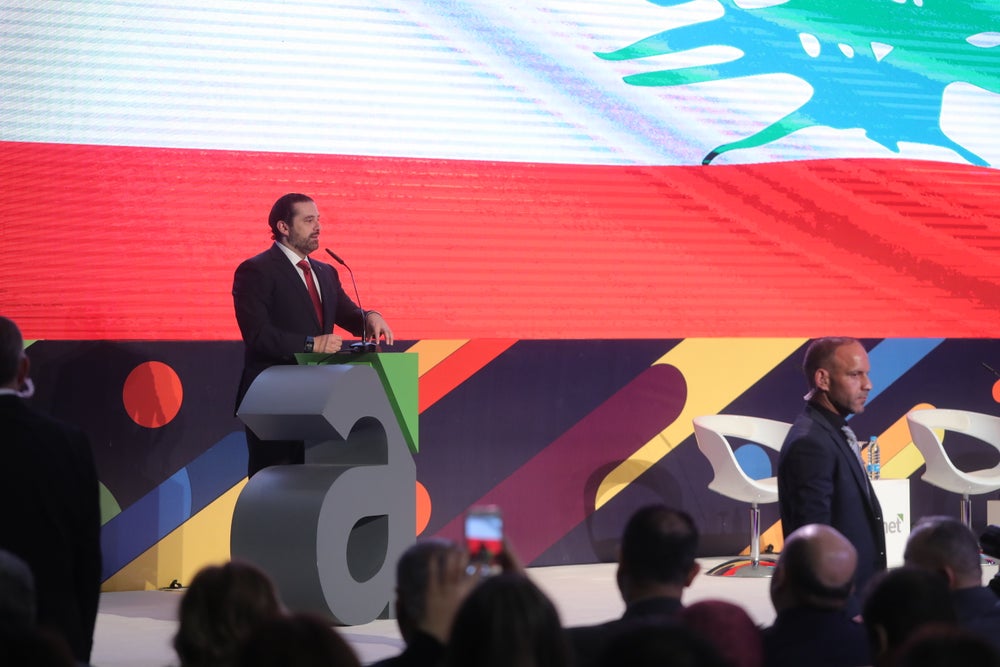 All of us at Arabnet feel inspired when we hear people talk about how Arabnet has impacted them. On the occasion of the 10 year anniversary, we've reached out to all our alumni who pitched at Arabnet and created an impact report- and we're proud that our alumni have gone on to employ over 3500 people.

We have so many inspirational stories to tell. Careem co-founder Dr. Abdulla Elyas met his co-founders Mudassir Sheikha and Magnus Olsson at Arabnet Dubai in 2013. Feel22 was a finalist in Startup Battle's 2018 edition, and although it did not win the competition, the startup left the conference with an investment offer from a member of the jury present that day, who believed in its business model. Hunger Station pitched at the first Arabnet event in Riyadh as a small startup, and it has since grown to become the market leader in food delivery in Saudi Arabia. Souqalmal, one of the most funded fintechs in the region having raised over US$10 million, pitched at Arabnet Beirut in its very early days.

But our impact is not just limited to startups. In 2015, Zeina Saab was at Arabnet Beirut where she met a friend and started talking about the need for coding classes for youth in Lebanon struggling to find employment. He introduced her to Fadi Bizri, who had a similar idea. Together, they launched SE Factory, and one year later, the ecosystem support organization has graduated over 120 youth, 90% of which have found jobs. Meanwhile, when Criteo launched their office in Dubai, they thanked Arabnet as a key partner that helped them break into the MENA.

We've also supported our government partners and helped deepen their relationships with the startup ecosystem. We're proud to be collaborating with the Office of the Prime Minister of Lebanon to host a "Special Session: Building an Innovation Nation" at Arabnet Beirut this year. We're also thrilled that, through our collaboration with the Saudi Arabian General Investment Authority (SAGIA) at Arabnet Riyadh, we were able to attract a large number of VCs and startups, and provide them with the opportunity to obtain business licenses- helping contribute to the development of the startup ecosystem in the Kingdom. 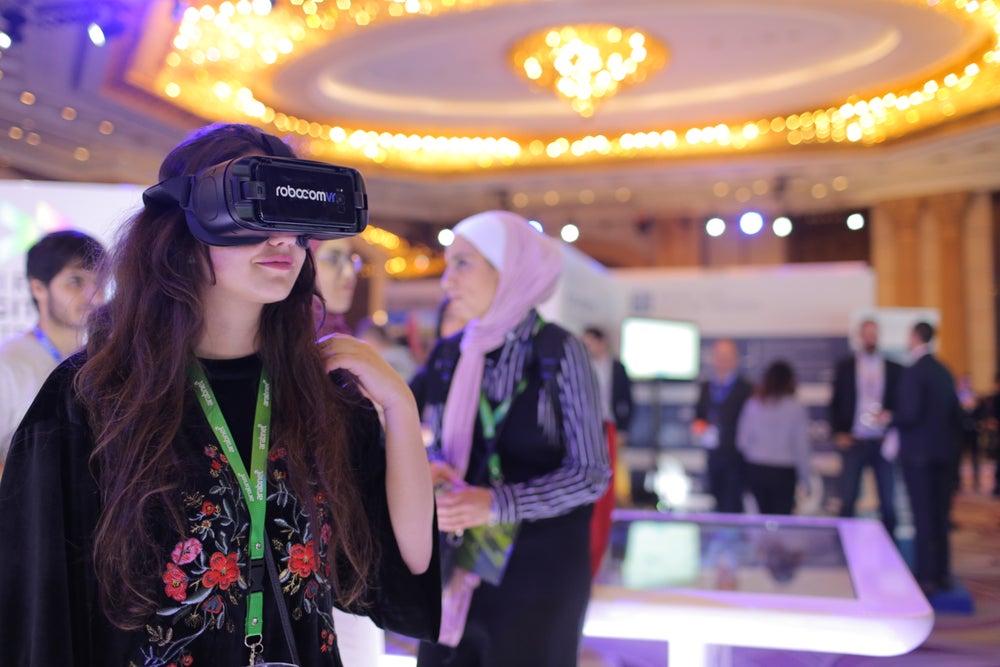 As technology proliferated over the past 10 years, the sector transformed, and technology went from the IT department to the boardroom, where innovation and digitization strategies became a priority. To answer their needs, we launched our Insight division and Innovation Programs division at Arabnet, and we're focused on growing these two divisions during our upcoming phase.

Arabnet Insights is collaborating with clients to position them as thought leaders through publications and research. Our specialized content dives into disruptive technologies and startup trends, and provide guidance for decision-makers, with tools such as op-eds, whitepapers, reports, case studies, and more.

In Arabnet Innovation Programs, we collaborate with our partners to conceptualize and deliver tailor-made innovation activities, from hackathons and startup competitions, to full-year incubation programs. With the rise of corporate interest in innovation and startups, we're excited to help build new bridges and create new synergies- as we did when we started our business.

Finally, I see Arabnet becoming more engaged with policy makers in the region. We've developed strong relationships with government decision-makers who are focused on innovation and digitization, and we've been supporting with data and analysis, as well as advising and proposing solutions. We've also helping convene government leaders from across the region in our Digital Policy Forum, where they can share experiences and best practices for building a flourishing digital economy.

Lastly, my aspirations, which I believe is similar to many founders, is to build a strong, independent, and sustainable institution, that continues to thrive after my departure, whether that's in the next five years, or the next 20. I believe Arabnet has been a positive influence in the region's tech world over the past decade, and I hope that it will continue to spread knowledge, open up opportunities, and build relationships that lead to lasting impact.

Related: ArabNet Beirut 2019 To Celebrate 10 Years Of Tech And Innovation In June

Omar Christidis is the founder and CEO of Arabnet, which produces leading events, insights, and innovation programs focused on tech business and innovation in the MENA region. Before founding ArabNet, Omar worked in private wealth management at a family office in New York on a small team managing US $1 billion in diverse assets. Prior to that, he was a Consultant at Booz & Co. in the MENA, and worked on varied projects across industries, including energy, technology/media, and public sector. He holds a BA and MBA from Yale University, and is the co-founder of the Yale Arab Alumni Association.