Mind Rockets Wants To Give A Voice To MENA's Deaf Community

By Pamella de Leon
October 8, 2017
Opinions expressed by Entrepreneur contributors are their own.
You're reading Entrepreneur Middle East, an international franchise of Entrepreneur Media.

For most of us, on the most part, conversations are as easy as they come. For 360 million people -over 5% of the world's population, according to the World Health Organization- that have disabling hearing loss, conversations can be a challenge. MENA startup Mind Rockets Inc wants to change that, and they've tasked themselves with the mission of developing assistive tech solutions to make the world accessible to the deaf community. The founders of Mind Rockets, Mahmoud Al-Darawsheh and Mohammad Al-Kilani, pointed out that illiteracy was a huge challenge for the deaf, as reading and writing may not come as naturally since written and spoken words are a second language for them: "The mother language for a deaf person is his community's visual three-dimensional language."

With a focus on the deaf and hard of hearing (DHOH), the Jordan-based startup develops smart animated avatars that translate text or speech to sign language. The avatars are used for two of the startup's apps: Mimix3D for American sign language, and Al Turjuman for Arabic sign language, both available on iOS and Android devices. Realizing the avatars' market potential, Mind Rockets wanted to release it for a bigger market: the team thus went on to develop a customized solution for pharmacies, and it recently rolled out websites integrated with avatars to provide content in Arabic sign language.

According to the founders, this is their distinct advantage- with Mind Rockets, entities can reach a significant segment by making an avenue for businesses to cater to an overlooked demographic, and to provide equal access to content and services for the deaf community- a win-win situation for both. Al-Kilani stresses on the need for the startup: "We are providing a very basic human need, it's not something secondary, every deaf person has the right to access to information and services." The team found research on how only 1-2% get access to sign language classes, as well as the huge lack of human interpreters. However, Al-Kilani points out how they don't aspire to replace human interpreters, but rather, let the avatars fulfill a "serious and substantial" part of the gap. Though there's a Brazilian competitor specializing in Portuguese sign language, the startup has gained an upper hand as a first-mover in the assistive tech field with their real-time video and website interpreting avatars, plus customized solutions for the medical field, such as pharmacies.

It's essential to commend here the work developed by Mind Rocket's CEO and founder Mahmoud Al-Darawsheh, who -besides founding two startups earlier- has been coding since his elementary school years, and then proceeded to enhance his coding experience under multiple disciplines. In fact, it was from participating in Intel International Science and Engineering Fair (ISEF), a global high school STEM-focused fair, that Al Darawsheh came up with the idea to create a smart solution for the deaf since there was a lack of assistive tech solutions, and thus, developed an avatar sign language interpreter. Learning more about the deaf community and noticing the lack of interpreters and education, Al Darawsheh says the urgent need for such initiatives became clear.

Al Darawsheh is joined by co-founder and Chairman Al-Kilani, who brings in his experience in operations and business development from organizations in the IT and construction industry, and has had his time in the ecosystem through coaching and mentoring employees, as well as in growing early-stage startups, among others. The duo were bootstrapping since 2008, until they received an undisclosed amount from an angel investment, and with that, officially launched in May 2016. Currently, the startup is self-funded from generated revenue, and is seeking a Series A investment round. As its business model, Mind Rockets has two main revenue streams. First, a subscription model for its web interpreter product, where websites can subscribe to enable its webpages to become accessible to the deaf community using their scripts. Its second model is through strategic partnerships- prospective partners can gain exclusive rights for a product, as is, in Saudi Arabia's pharmacy sector, wherein the product is distributed to pharmacies, and the profit is shared between both partners.

They're also working on a SaaS revenue-based model utilizing the API's developed by the startup, letting developers build assistive tech solutions based on their core technology. Coming a long way from a science fair idea, Mind Rockets has been operating within two markets: the American sign language app Mimix3D, in the US/Canada region, and the Arabic sign language app Al Turjuman catered to the MENA and GCC region, both garnering more than 80,000 users as of writing, in addition to the first set of websites for their client, online media house Creative Investments, which is integrated with their website interpreter. Other partners who have signed on include Zain Jordan as well as the National Call Center for the Deaf (NCCD) in KSA, exclusively for the pharmacies solution. 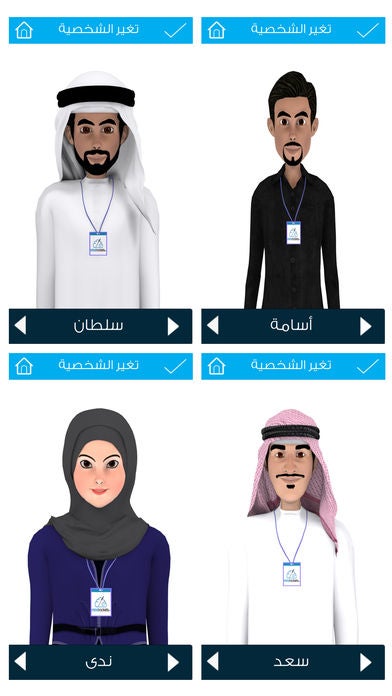 And the feedback? Based on the apps' reviews, the apps assist family members and friends communicate with each other, as well as teachers utilizing it in classroom settings with hearing and non-hearing students. Another cool factor? The startup also earned an invite to join a roundtable meeting with Facebook CEO Mark Zuckerberg during this year's F8 developer conference, and won the Public Vote Award at the Seedstars Summit 2017, a global startup competition, from an audience of almost 1,000 people. The team see the tech going beyond its current market. Listing down the benefits of their tech for government bodies, to news, business and sports websites, the founders sees his company's offering as an opportunity to be more inclusive to the deaf community. He adds that decision makers are part of their target customer demographic, as they can "cause transformations and improvements for the benefit and de-marginalization of the marginalized."

In the next few months, the team is focusing on increasing the adoption of its website interpreter locally and regionally, with an eye (and hope) on having it among government entities and medium-to-large organizations. "We believe that accessibility and inclusive environments are becoming the new standard for organizations. The demand for new solutions can only be attained with collective efforts of a strong developer community. This is why we are working on building a network of developers, giving them access to our APIs, so they can use them and come up with their own creative solutions to the challenges at hand." In essence, Al- Darawsheh is saying that Mind Rockets has a large audience to cater to- as he puts it: "Our market is every organization who wants to be deaf-friendly."

What would be your advice for startups that are considering working with larger enterprises as partners?

"Our best tip, is to be brutally honest with your potential strategic partner and avoid over promising, because this usually leads to struggling with achievement, or worse, losing focus on your main task of making your startup sustainable Make sure your aspirations and goals are aligned with your strategic partners, check what is being said based on previous experiences with other startups and past projects related to your startup's vision and potential market. It's also very important to have a balanced relationship with the strategic partners, seeing eye to eye on roles, projects and goals.

We believe we were very lucky with our partnership with Zain Jordan, they started giving us unconditional [support] even before we agreed on [a] partnership with them, this laid a solid foundation of trust even before we signed the deal. And we have been gaining momentum ever since, Zain Jordan were quick to take action and move things forward, which is something that you rarely see in large organizations. The speed and attention at which they operate is critical, we didn't expect it, but they move as quickly as a startup in making decisions. Having this kind of strategic partnership will keep you going forward quickly instead of moving at a slower pace." 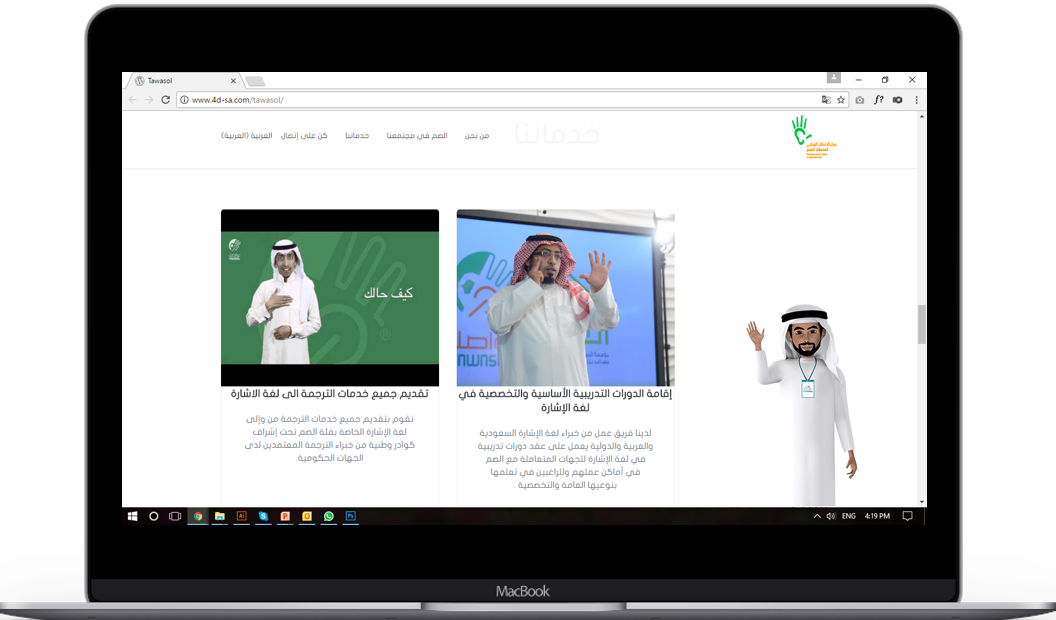 What are some of your tips for starting a business in MENA's e-health industry?

"'Give first', we have an old Arabic Bedouin saying in Jordan and the rough translation goes something like this, 'you can never truly repay the one who gave first'. In the Arab world, if someone offers help to you first, even if you give back to them, still, you do not repay them completely- giving first itself is an advantage that is not easily caught up with. It applies to doing business as well. One must be well-acquainted with the culture here (and anywhere, obviously) to be able to do business. If you have a startup from outside the ME and wish to enter, I would advise getting some Middle Easterners to be on your side and not to go about it on your own. The same should be done wherever you want to expand in the world. Always ask and know your audience, that's probably your best advantage. Sometimes you ask them through a quick survey on your app, sometimes, you watch them use your application. Without knowing your audience and how they interact with your product, you cannot move forward.

What you shouldn't do in the Middle East, in general, is being extra careful when you are building a relationship with potential partners or customers. It is one thing being smart in negotiating better terms, and it's a completely another thing, if you are negotiating every item in an MOU (Memorandum of Understanding), or if you are always assuming the worst will happen every step of the way. You can't build trust in the Middle East if the other party feels that you are not entering in good faith, in dealing with people and organizations, do your background check and assume goodwill in all your actions, otherwise it may be taken personally and it will definitely kill your chances if it's taken as a personal insult of mistrust. At the end, it's your actions, negotiations, attitude, handshakes, honesty, smiles and breaking bread together, that is what will infuse trust, it's never the two words of good faith on that piece of paper called a contract."