Dress For Success: A Guide To Getting The Business Casual Look Right

By Mr. Draper
March 15, 2018
Opinions expressed by Entrepreneur contributors are their own.
You're reading Entrepreneur Middle East, an international franchise of Entrepreneur Media.

Dress codes: are they in or out of fashion? Dress codes may seem like a formal and outdated concept, but they can be useful to follow and needn't be limiting. After all, a dress code sends out a clear signal that you not only value your job, but also yourself. It's a way to present yourself to the world as a professional who means business.

Fashion comes and goes, but style lasts forever, and there's a reason that certain menswear dress codes don't change that much over time. It's because they work! No wardrobe is complete without a crisp white shirt, coupled with a tailored suit, and a newly polished pair of tan leather brogues. But there is space for a bit of flexibility and adventure. Once you're equipped with a wider variety of clothing to choose from, then dress codes become less of a chore and more of an expression of your sense of style. Follow these tried and tested business casual suggestions to give your work wardrobe a promotion.

So, what exactly is the business casual dress code? While formal wear still reigns supreme in the banking and legal professions, for the vast majority of officebound workers, business casual is now the default. But what exactly does business casual mean? Well, there are some must-have staples that every self-respecting office employee should have in their wardrobe.

1. BLAZERS
A navy blazer is a no-brainer in anyone's wardrobe, but it is particularly popular with white-collar office workers. For true business casual styling, you could opt for a lightweight blazer, rather than a suit jacket. Why not experiment with colors and textures, and go for a slightly shorter cut in length for a more contemporary feel? Pure cotton and linen blends are perfect material choices for when the temperature rises. And, if you're choosing to wear a darker blazer, then try pairing it with a lighter, contrasting pair of trousers. A navy jacket and beige chinos go really well together. 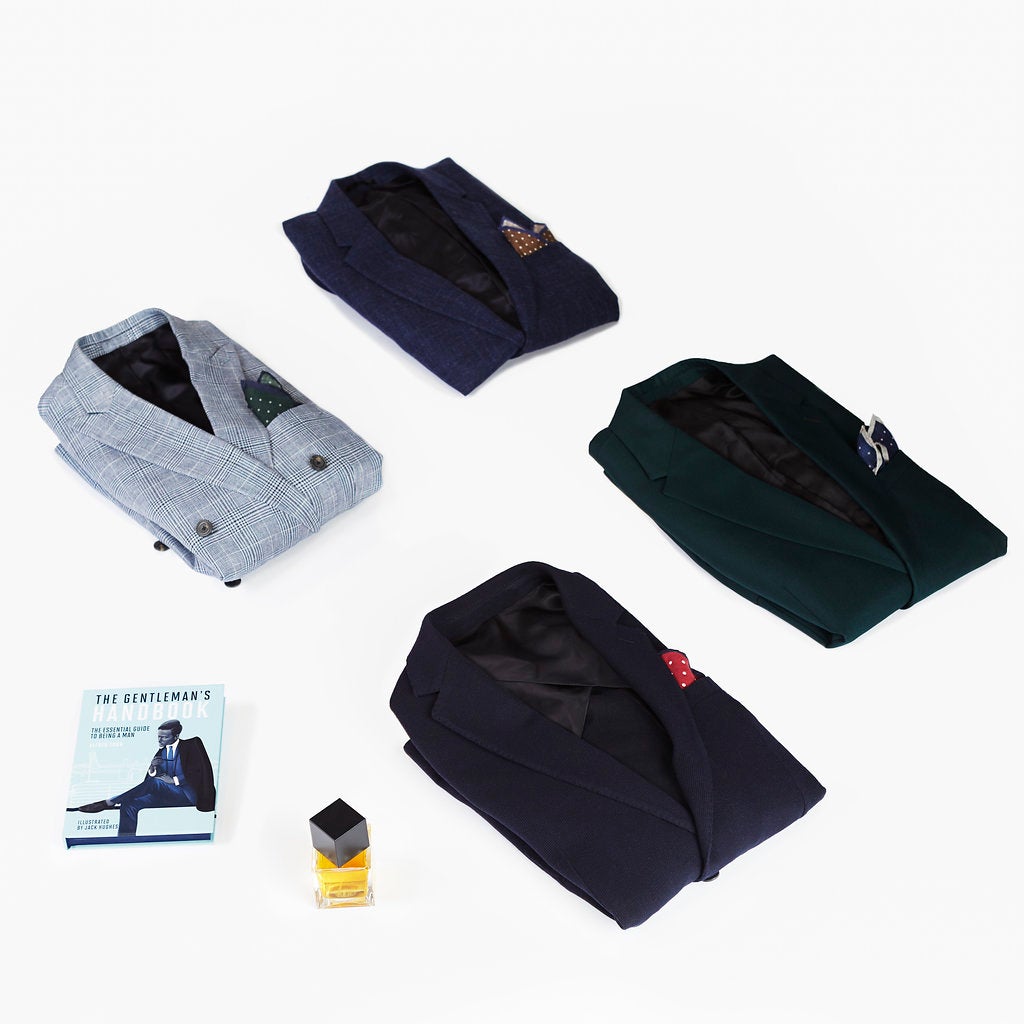 2. BUTTON DOWN SHIRTS AND POLOS
A button down shirt is a business casual must. What we call an Oxford cloth button down (or OBCD for short) has a slightly heavier weight than formal dress shirts. The style began in England with polo players using buttons to keep the collars of their shirts from flapping in the wind during games. A classic white button down is hard to beat, as are other classic tones in pale pink and light blue. But don't be afraid to experiment with brighter colors and patterns, including stripes and checks. Long sleeve polos also offer a flexible alternative. If you need to up the formal look for a meeting with the boss, then a cotton dress shirt with an open collar or knitted tie can add a playful twist.

3. JEANS AND CHINOS
You can't go wrong with a good pair of chinos. This style of trouser gives you options to dress up or down, as well as a range of colors and textures. But remember to focus on a tailored fit. Baggy pants may be back in fashion, but it's not time to go back to 2003 just yet! Unless you happen to be a skateboarder, leave the baggy trousers out of the office for now. As for jeans, strictly speaking, they aren't normally considered appropriate business casual attire, but this entirely depends on where you work. If you're employed in the creative industries, then a smart pair of denims teamed with an understated tee or flannel shirt will definitely pass the more casual dress code test. 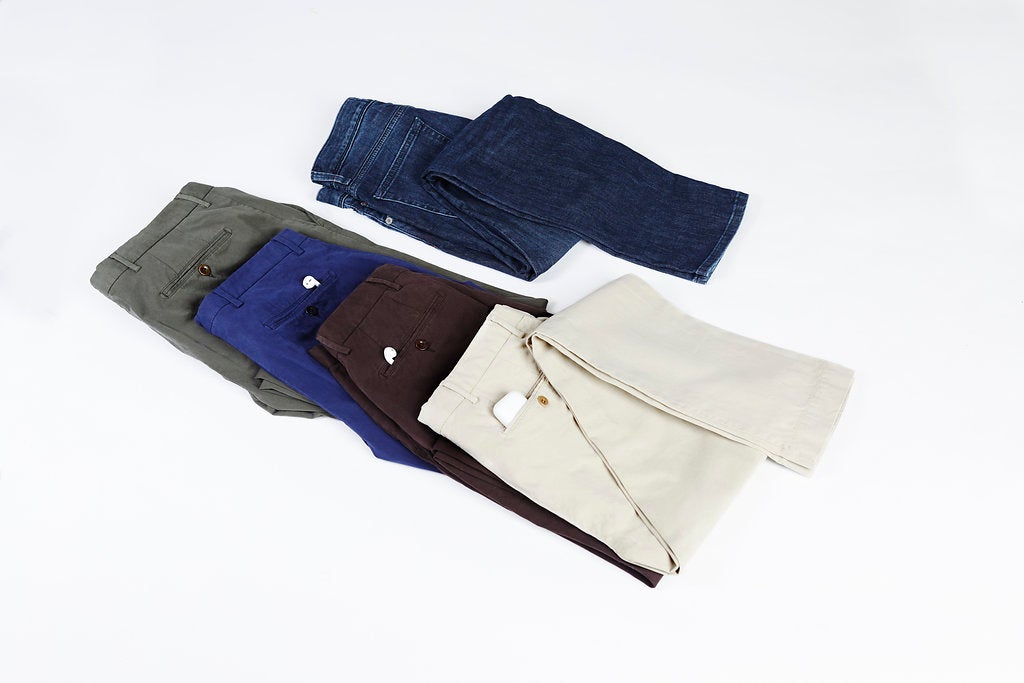 4. TRAINERS AND SHOES
Sneakers or trainers are very much a part of our lifestyle now. Smart, white trainers can look especially sharp with chinos and a blazer. For them to work in a business casual setting, they need to be in pristine condition, or fresh out of the box, FOB, as it's commonly known. You know your workplace better than anyone. If your bosses are relaxed about sneakers, then jump right in. But, if they're firm believers that sneakers belong in the gym, then stick to the tried and tested favorites– a loafer, derby, brogue, or Oxford leather shoe is ideal. Generally speaking, a tan, brown, or oxblood pair of leather shoes will blend easily with your business casual wardrobe. 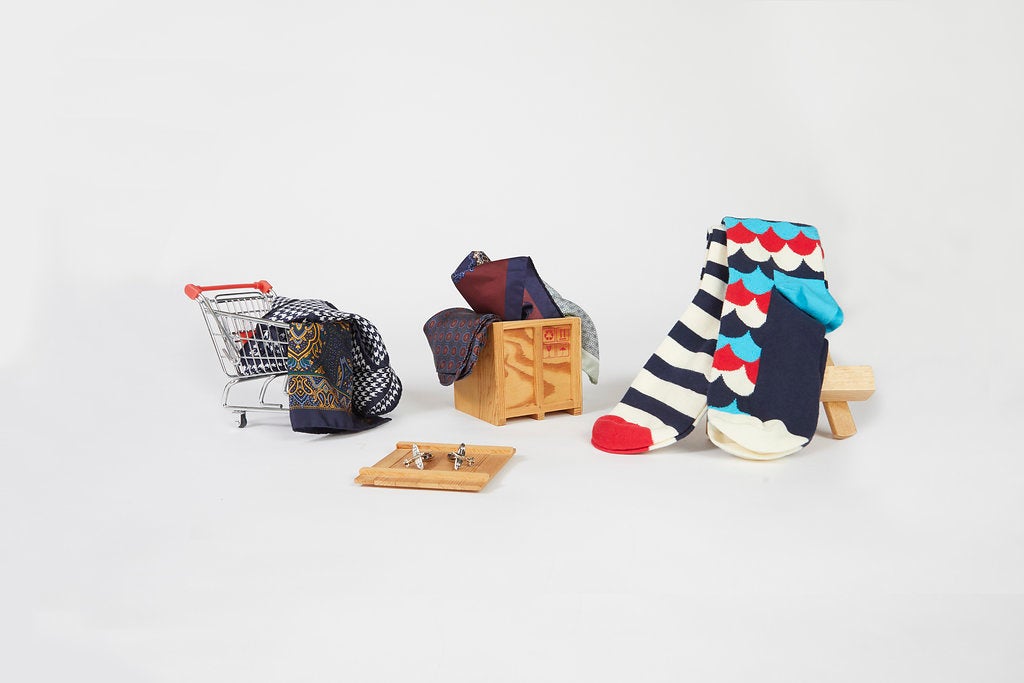 Pocket squares, watches, belts, and socks are some of several accessories that can add a bit of "oomph" to your outfit, and from our experience, many guys love the idea of adding them, but simply need some direction. For the sake of simplicity, let's focus on pocket squares for now. They may look fiddly to fold, but once you've had a bit of practice with pocket squares, we're convinced you won't look back. Squares can add a flash of color and style to any outfit, so make sure try something a bit different that shows your sense of fun and adventure, without ruining your business image. One golden rule to follow is to complement -and not duplicate- the color or fabrics of the rest of your outfit. Experiment with a sharp contrasting pocket square to blazer combinations to take your business casual attire to new heights. It's usually better to be overdressed than underdressed. So, if you're in any doubt whatsoever, slip into your sharpest blazer, matching square and chinos, pair them with a crisp white shirt and brown leather shoes, and you'll be on point for any occasion demanding a business casual dress code.

If you're now feeling inspired to stock up on your business casual attire, then Mr. Draper's curated shopping service can give you the look you want. No clothes rails, no fitting rooms, no hassleyou're a man of distinction who's too busy and, frankly, too sophisticated to waste your free time shopping the conventional way. This is #manshopping at its best!

DRESSING DOWN
The origins of "business casual"
For an isolated chain of pacific islands, Hawaii has graced the world with more than its fair share of cultural treasures- surfing, luaus, and Barack Obama to name just a few. But did you know that we also have this tiny island state to thank for introducing "Aloha Friday." This ingenious idea gave the employees of a clothing company permission to wear Hawaiian shirts to the office on Fridays. The dress down concept of loosening the collar and ditching the tie had arrived, and the first wave of business casual attire was born. So, we have Hawaii to thank for "dress-down Friday." The backlash against 1980s power suits saw the Silicon Valley entrepreneurs of the "90s leaving the suits of Wall Street behind for a more relaxed look. Big ties and braces were exchanged for casual trousers and button down shirts. Leading this movement was Levi Strauss. With denim sales in decline, the Strauss company launched a clever campaign to promote their new Dockers khaki chinos. An eight-page brochure, called A Guide to Casual Business Wear, was distributed to 25,000 HR managers across the US– opening the boardroom door to "business casual" becoming popular.