"We are trying to show that art can, and should, be a part of everyday life."

When Margarita Pushkina decided to launch the Cosmoscow International Contemporary Art Fair in Moscow in 2010, she did so with the belief that there was a lot of potential to be tapped in Russia's contemporary art market, and this remained the conviction with which she oversaw the ninth edition of the event, which was staged in September this year. As the Founding Director put it: "We are trying to show that art can, and should, be a part of everyday life."

Indeed, when I met with Pushkina a few days ahead of Cosmoscow 2021's official opening in Moscow, her excitement about the event was easily palpable, and this was despite the fact that it had been delayed by a few days as a result of a last-minute change in its venue. "This year, after receiving an official document stating that the fair could not be held on the previously agreed dates due to the extension of the work of one of the largest COVID-19 vaccination centers in Russia located in Gostiny Dvor, we gathered on an emergency call with our participating galleries," Pushkina recalls. "Many Russian gallery owners expressed their solidarity and stated that they were able to consider new dates, and furthermore, to accept the works of international participants and galleries from other cities for safekeeping. This way, we were able to quickly move to the new venue, Central Manege."

But this postponement and change in location doesn't seem to have hurt Cosmoscow 2021 much- in fact, Pushkina proudly notes that the fair had 77 galleries participating in it (a record high for the event), of which 13 hailed from outside of Russia. "For the first time at Cosmoscow, we were hosting the iconic Hong Kong-based Pearl Lam Galleries, which is playing an important role in building the dialogue between the East and the West," Pushkina says. "Pearl Lam brought such big names to the fair as Zhang Huan, Sam Cox (known as Mr. Doodle), Zanele Muholi, and Anthony Micallef. Other highlights include the Estonian gallery Temnikova & Kasela, which showcased the works of Tommy Cash, the famous Estonian rap artist, as well as Berlin-based Peres Projects, which presented the work of Adriana Minoliti, who had previously participated in the 58th Venice Biennale." 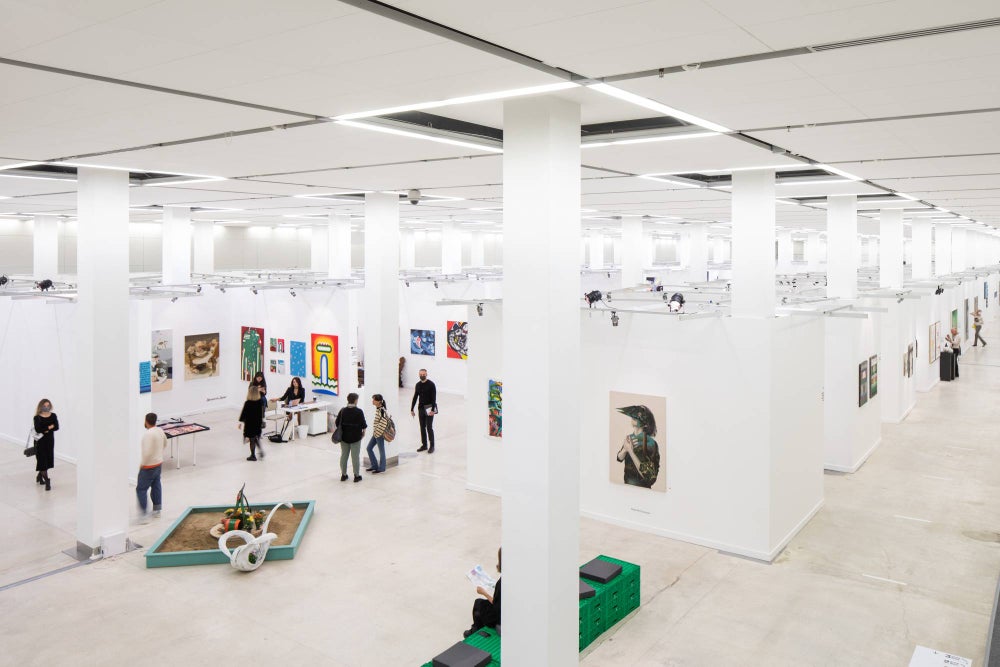 And the Russian contingent at the fair didn't disappoint either, Pushkina adds. "Excellent booths were presented by XL Gallery, Marina Gisich Gallery, JART, H.L.A.M., where top Russian artists such as Irina Korina, Alexander Povzner, Igor Makarevich, Elena Elagina, MishMash, Pavel Otdelnov, Pavel Pepperstein, Vitaly Pushnitsky, and Ivan Gorshkov," she says. "At the fair, one could also come across the photographs of Alexander Rodchenko, which were shown by the Glaz Gallery, as well as other artists working with photography as a medium, like Alexander Gronsky, Pyotr Antonov, and Anastasia Tsayder, along with Rob Woodcox, Paul Bruns, and Laurent Scheer as international highlights."

The sheer number of participants in this year's Cosmoscow can be seen as a reflection of the amount of work Pushkina and her team have done to make the art fair one of Russia's most significant events in this particular landscape. "We can really say, without false modesty, that over the years of its existence, the fair has significantly influenced the development of the art market in our country," Pushkina declares. "From the very beginning in 2010, we have been managing our project in close relationship with a high number of galleries, curators, collectors, art critics, and established international contacts, and all of that work is bearing fruit." And it's not just the fair- Pushkina points out she and her team have been working to further bolster the country's contemporary art scene by launching new initiatives like the non-profit Cosmoscow Foundation for Contemporary Art, the Cosmoscow Collectors Club for patrons of the industry, the satellite fair, Blazar, dedicated to emerging art and, more recently, the online platform TEO, which is centered on furthering sales and promotion in the domain. 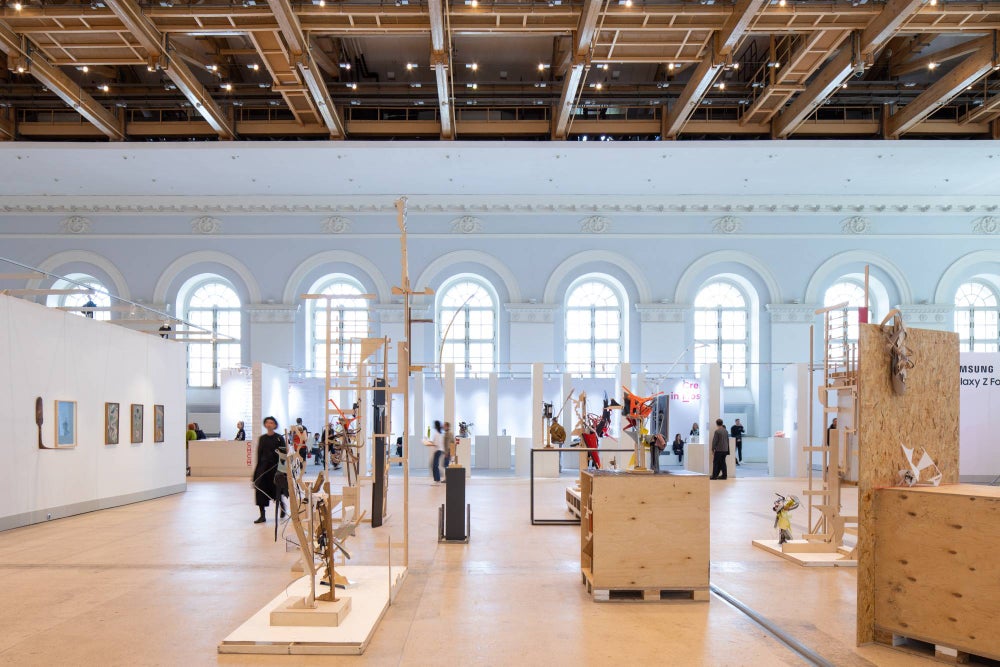 All of these endeavors that she has spearheaded make it very clear that Pushkina is determined to elevate the conversations around contemporary art in Russia, and it's that steely will that has helped her tide over any hurdle that has come along the way of building Cosmoscow. "Of course, looking back, I can recall a large number of challenges that we faced, and those have indeed made serious adjustments to our plans," she says. "But we've taken it step by step, and we've always made sure that we move strategically towards the development of the project, since we realized that a lightning-fast effect is impossible. That's how we've managed to today become one of the key international platforms in the field of contemporary art in our country. It is extremely important for me that the model we have built shows its effectiveness, which makes the project stable in the long term."

According to Pushkina, the art scene in Russia is at a point where it can only grow and become better in the future. "We are constantly saying that the art market in our country is developing rapidly, which demonstrates its high potential," Pushkina explains. "That said, I believe that the art scene in Moscow is already well developed- we have a large number of institutions, both state-owned and private, that work with contemporary art, including the Moscow Museum of Modern Art, the Garage Museum of Contemporary Art. The Pushkin Museum develops its collection through works of digital art. The Tretyakov Gallery works actively with contemporary artists. We are all looking forward to the opening of the new space of the V-A-C Foundation, the GES-2 House of Culture, in December. Recently, a new building of the Ruarts Foundation has opened, the iconic Narkomfin House, a vivid example of constructivism, has been restored, where the Garage Museum plans to display its art projects. All this suggests that the Moscow art scene is developing, and there is a lot of great things ahead of us." 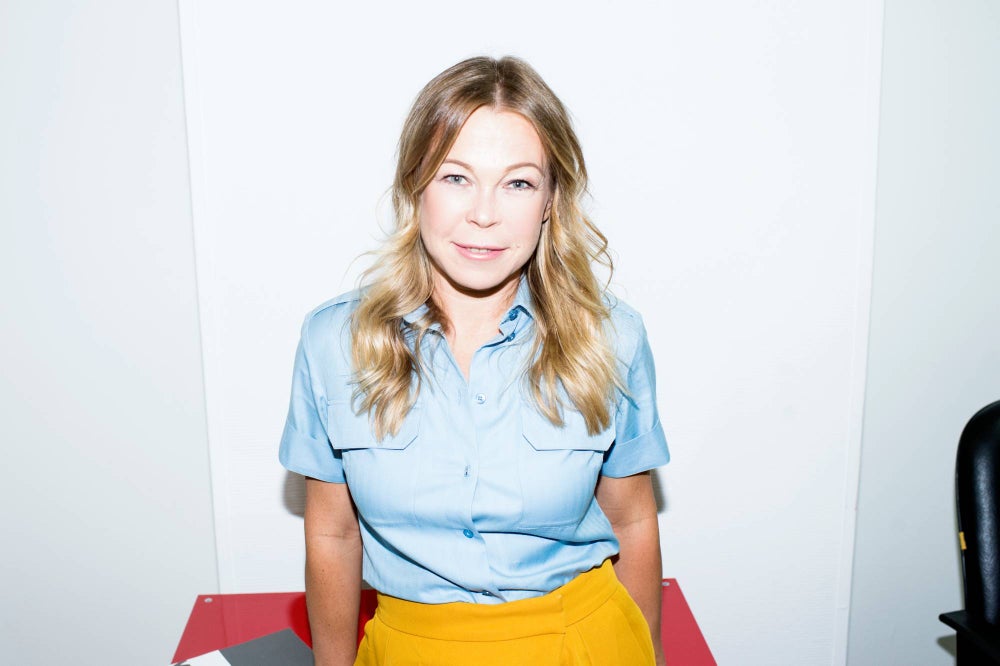 It's this particular ethos that is governing Pushkina's future plans for Cosmoscow as well. "We are working to establish the Cosmoscow fair as a center of attraction for contemporary art lovers, so that international galleries tend to come to Moscow to meet new clients, and global collectors visit to experience striking works of art and artistic ideas," Pushkina says. "We see that the interest is growing, and we believe that such sustainable development is going to continue over the next 5-10 years." From a personal perspective, Pushkina says that she is committed to the journey that she has embarked on with Cosmoscow, and she is only looking forward to seeing how it will unfold in the future. "I get to have a lot of personal, meaningful conversations on this path, which helps me to constantly learn and develop- intellectual growth is endless, after all. It is also great to realize those moments when I see that I am no longer just observing from the outside, but I am actually having a direct image on the cultural sphere, and in fact, changing history," she concludes.

Related: How Art Helped Me Find A Different Perspective To Business (And Life)