Microsoft held the award ceremony for the UAE Imagine Cup 2017 on Wednesday at Armani Hotel in Dubai, where teams Green Jam, B.A.S.S. and iBins, swept to victory. Imagine Cup, a global technology competition that aims to deliver educational, entrepreneurial and employment opportunities for youth by acquiring critical skills, was held under the theme of Smart Cities. This year, the event was sponsored by Emaar Properties, with the UAE Ministry of Education as Education Partner. The competition challenges entrants (16 years or older or enrolled as a permanent student) to collaborate in teams and submit imaginative ideas in the field of technology. Competitors need to develop the concepts from scratch and defend their usability and market draw to a panel of judges. This year, Microsoft's Azure cloud platform was a mandatory tool for all the submitted projects.

Team Green Jam from the American University in Dubai took first place for their project Green Jam, which was aimed at accelerating Dubai's goal of being one of the world's most sustainable cities through a reward system for recycling habits for UAE citizens. Second prize was won by Team B.A.S.S, of University of Wollongong for their project Smart Signal. The project is a smart city initiative to ease traffic conditions dynamically. Smart signal can think for itself, and make its own judgments about what constitutes high traffic. This means that a signal with heavier traffic would receive a longer period of staying green as compared to its counterparts with less traffic. Team iBins from Dubai Women's College received third place for their project iBins, an IOT-based Smart bin solution capable of monitoring the fill-level at regular intervals to alert the staff ahead of time, ease maintenance and help maintain a fresh, clean and hygienic environment. Green Jam, will now represent UAE at the Imagine Cup MEA semi-finals in Lebanon next month, after which the winners will move to the worldwide finals in Seattle. Team Green Jam received $15,000 as prize money, while Team B.A.S.S from UOWD received $10,000 and Team iBins received $7,000 for second and third positions respectively.

"The UAE has a well-established reputation as one of the world's leading lights for entrepreneurship with a highly competitive knowledge-based economy," said Michael Mansour, Chief Innovation Officer, Microsoft Gulf. "Imagine Cup represents a cornerstone of Microsoft's commitment to empowering the youth of today to become skilled innovators of the future. It is only through collaboration and the right fusion of technologies that the next generation can use their creativity, passion and knowledge to create solutions that can change the way we live, work and play" 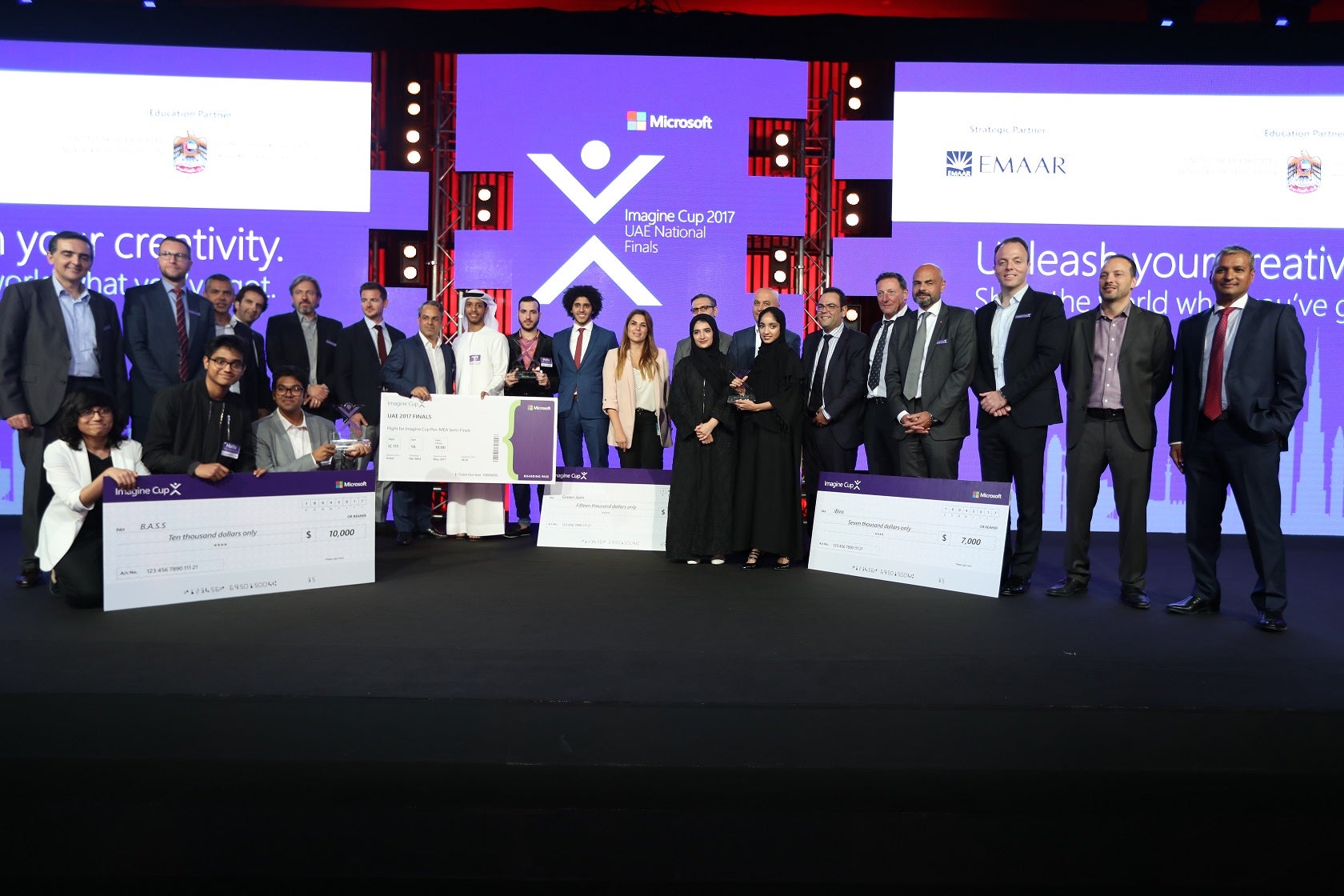 Veresh Sita, Chief Digital Officer, Emaar Properties, said: "Our support for Imagine Cup underlines our commitment to nurturing innovation and youth talent in the country. Honing the skills of our youth and encouraging them to be creative is central to the growth vision of the UAE's leadership. With digital transformation of businesses as a top priority, investing in the IT talent of young people will help nurture the next generation of creative tech entrepreneurs. Imagine Cup serves as an excellent platform that promotes the brightest young innovators and brings out compelling actionable ideas that support the Smart City vision of the UAE."