We Have A Winner: NOW Money Will Represent The GCC At The Venture 2017

After months of search, pitches and selections, the hunt is over- NOW Money was selected as the winner of the GCC edition of The Venture 2017, a global social entrepreneurship competition seeking innovative startups with social impact and viable business model, at a ceremony conducted on January 18, 2017 at the Intercontinental Dubai Marina Hotel. Founded by duo Katharine Budd and Ian Dillon, the fintech app offering an alternative to banks and remittance fees for low-income employees competed against three other finalists: Health Gate, a developer for non-toxic and chemical-free sanitary products for women and children; ilovemypocket, a lifestyle brand enabling its consumers to donate to education-centered NGOs; and Chari Cycles, a brand upcycling vintage and used bicycle frames, while funding bicycles for children in Middle East refugee camps.

Organized by Chivas, the finals of The Venture GCC 2017 consisted of a pitching round and a Q&A portion with the competition's judges, which consisted of Yogesh Mehta, Managing Director of Petrochem Middle East; Soushiant Zanganehpour, founder of Tribeca Impact Partners; Charles Blaschke, co-founder of Taka Solutions and winner of The Venture 2016 GCC; Jeremy Lawrence, Editor in Chief of Esquire Middle East, and Gaurav Sabharwal, Managing Director of Pernod Ricard Gulf, who commented on NOW Money's scalability and social impact potential as essential factors to their win. 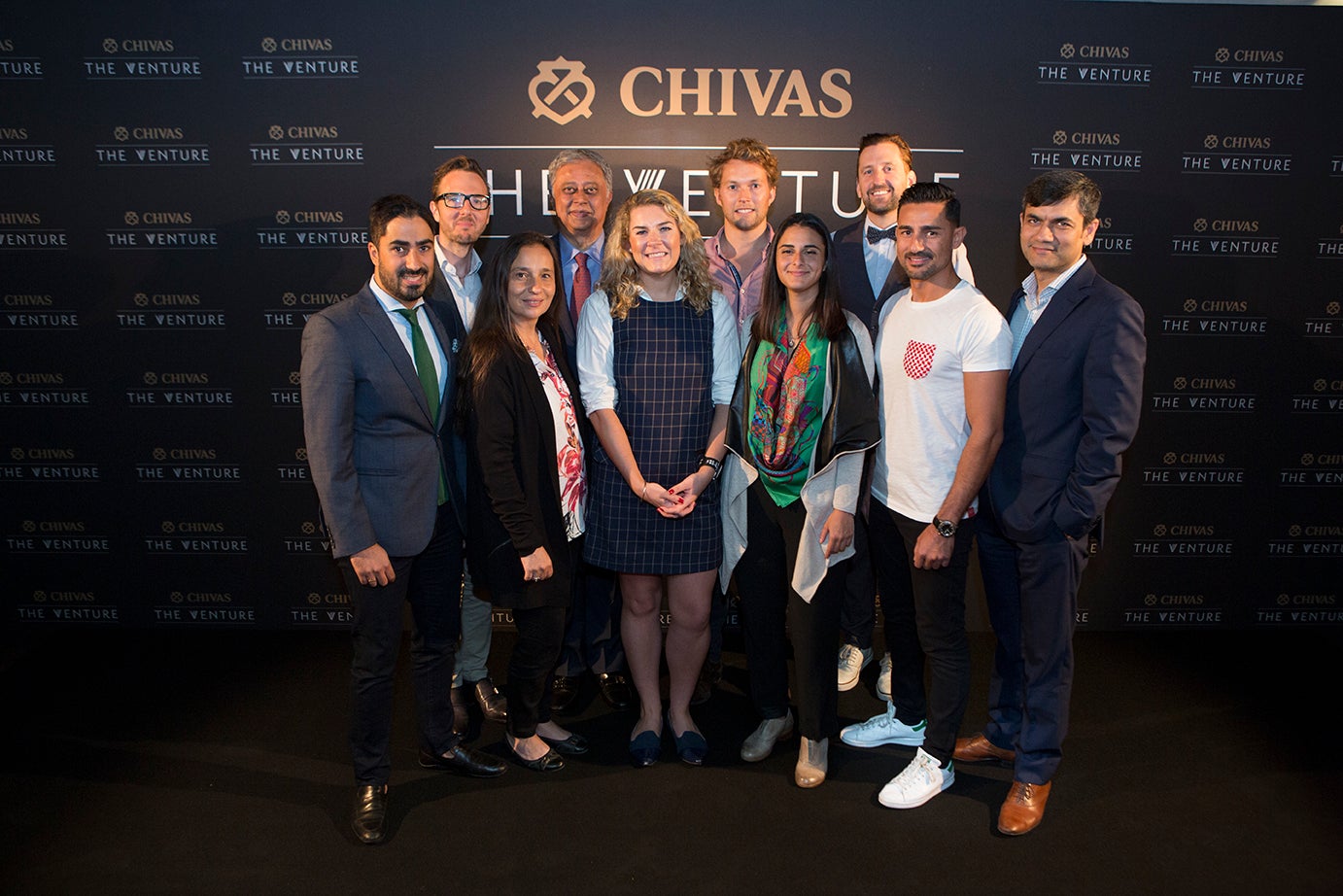 The Venture GCC 2017 finalists with the judges
Source: The Venture

For the GCC 2017 winner, the journey is just beginning- NOW Money is one of 30 startups competing in the global finals of The Venture. Next up, besides mentorship opportunities, NOW Money will be heading for a training camp at the University of Oxford by the Skoll Centre for Social Entrepreneurship in the UK in March, and finally, they would be heading for the finals in Los Angeles, US in July to pitch for a chance for a share of the US$1 million funding prize. Given that they represent the GCC, here's to the region rooting for NOW Money- all the best!