Gulf Gifts Is Reimagining Corporate Gift-Giving in the UAE

By Tamara Pupic
May 11, 2017
Opinions expressed by Entrepreneur contributors are their own.
You're reading Entrepreneur Middle East, an international franchise of Entrepreneur Media.

With the Holy Month of Ramadan approaching –it is expected to begin on May 27, 2017, and to end with the three-day Eid Al Fitr commencing on June 25, 2017- many of the region's gift shops are preparing for the surge in sales as gift-giving, especially on religious and national occasions, is an important cultural heritage of Arabian hospitality.

Gwen de Bizemont, founder of Gulf Gifts, a Dubai-based bespoke gifts production business, explains that in addition to the widely-accepted culture of giving presents to family and friends, corporate gift-giving is also a well-established sector in the MENA region. "Gift-giving has got a bad name in the West, as it as it has become synonymous with bribing or tax dodging, but it has never been seen like that in this part of the world," she says. "It has always been seen as an exchange of goodwill from both sides. The right gift goes a long way to smoothen customer relations and to differentiate yourself from the competition. A nice gift says, "we care.'"

The 50-year-old French woman moved to the UAE more than a decade ago due to her husband taking a post in the Emirate. However, being a serial entrepreneur already -Gulf Gifts is her sixth business- de Bizemont quickly spotted a gap in the market when it came to giving and receiving, especially corporate gifts. "As a banker's wife, I was attending many functions throughout 2005," she says. "The idea came out of frustration of getting many useless items at events which were either of poor quality or not relevant to the giver, this region, or the recipient. What do you do with another Burj Khalifa in crystal, when you can see the real thing from your window every day?" 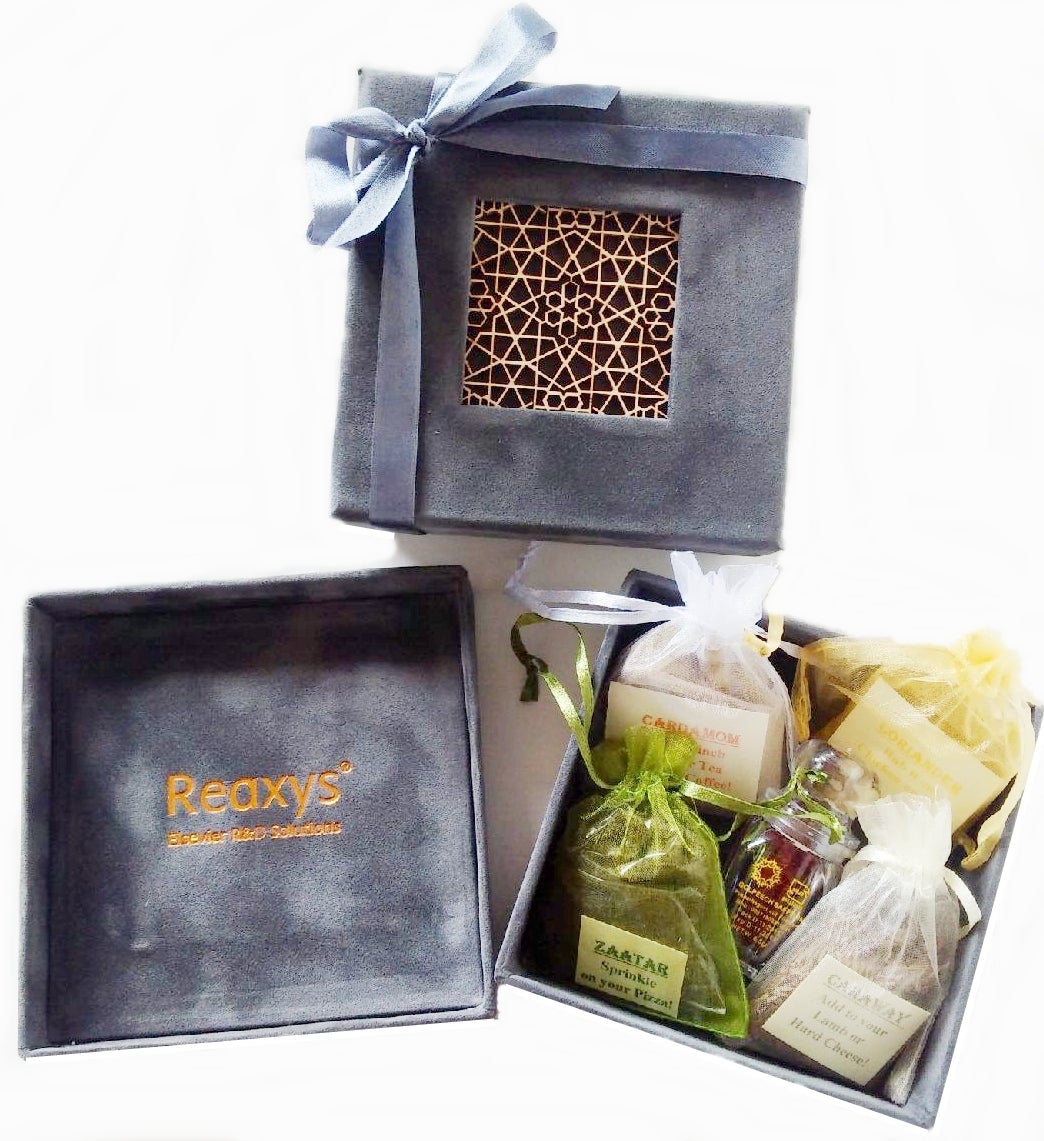 Gulf Gifts was set up as a souvenir company in 2006, but it quickly pivoted to focus on offering ready-made gifts, which are both brandable and produced at the last minute, as well as on offering completely bespoke gifts. Donna Benton, the founder of The Entertainer, supported the startup as an angel investor, owning 40% of the business, but not being involved in the daily running of the business. Benton's support, de Bizemont explains, was crucial for the business to survive and continue growing after the 2008 financial crisis. "After the launch in 2006, we had a few amazing years until the crash in 2009," she says. "Gifts are the canary in the mine; when the going gets tough, it is the first budget to fly out of the window. We lost 60% of our turnover in six months. Donna came on board when I decided to rebrand and restart after that economic turmoil and, to be honest, I did not really need the money, but I needed the vote of confidence that Donna, as an angel investor, gave me. It has been an uphill battle to recover those magic days ever since, and my business has changed by focusing on smaller quantities and smaller budgets, although we do cater for more clients now than ever before."

De Bizemont's clientele is mostly from Dubai, including overseas orders for the events and conferences taking place in the city, but the demand from Abu Dhabi and some of the GCC countries (Oman, Qatar, and KSA) has also been recorded. She explains that the steady growth is due to the company offering gifts with a local Arabic flavor, and producing them almost entirely in the UAE, which has enabled them to be more flexible and time-efficient. "The main challenge I have is time management as clients too often leave the gifts to the last minute when all the great ideas that we have or they have just cannot be produced in a week," she says. "Over the years, I have compensated for this with two different strategies, including having a ready stock of about 15 of my best gifts of the year, and producing them almost exclusively in the UAE, so that I am not affected by overseas production, shipping or customs. However, those are expensive strategies, and in slower economic times, they might prove to be hard to sustain."

The company's most popular gift of both 2016 and 2017 is the Arabic pattern bookmark, due to His Highness Sheikh Mohammed bin Rashid Al Maktoum, Vice President, Prime Minister and Ruler of Dubai, launching a special Ramadan campaign in the UAE in 2016, aiming to provide five million books for young refugees and under-privileged pupils across the world. Furthermore, in March 2017, His Highness Sheikh Mohammed initiated the "UAE's Month of Reading" campaign to highlight the role of reading in giving hope. Speaking about other trends in corporate gift-giving strategies of the UAE-based companies, de Bizemont adds, "There has definitely been a trend of items that reflect the region, as opposed to tech gifts, such as USB keys, travel plugs, and phone chargers, which are all a little bit passé now. Everybody has half a dozen of those in their drawer, and they do not remember who gave it to them. Same thing for the eco gifts in recycled paper. People love the eco concept, but the gifts themselves are often a little boring, mostly notebooks and pens. Over the past year, we did many gifts that truly represent the GCC, including spice boxes, Arabic coffee sets, Oud candles, and so on. I also feel that gifts have become less blatantly promotional, since logos are more discreet, and the emphasis is more about the thought behind the gift, the story it carries, and less about screaming your company's name to a prospect or client."

While she takes pride in facilitating business relations by adding a local flavor to the practice of giving and accepting gifts, de Bizemont admits that the learning curve is steep for entrepreneurs, concluding by offering some pragmatic advice to other entrepreneurs. "As every entrepreneur, you learn things the tough way, with your wallet taking a hit every time you make a mistake," she says. "I have been over-enthusiastic about some of our gifts which I personally loved, but which barely no one but me appreciated. I have also trusted the wrong people, who did not deliver or blatantly copied my ideas. I have given away a way too many free samples for clients who ultimately sent them to China for production. However, despite being almost 50 this year, I am still getting smarter every day, and I have learned to remember experiences and trust my instincts."